A Crystal Palace season without a few twists and turns just wouldn’t be a Crystal Palace season. Before the commencement of the 2016/17 campaign, many expected a new dawn to arise over Selhurst Park. 2015/16 had been, at large, pretty horrendous. A run to the FA Cup Final offered a smokescreen to a season that started so brightly but soon quickly capitulated, with a fourteen-game win-less run from Christmas to April almost sending the Eagles tumbling back to the Championship.

Alan Pardew was under pressure to swiftly cease Palace’s growing reputation as a relegation battler and push the club towards mid-table consolidation. Despite a fourteenth-placed finish, it hasn’t quite been the season many would have imagined.

Following Pardew's sacking and a dreadful run of results, compounded by a 4-0 defeat to Sunderland in February, many expected Palace's four-year stay in the Premier League to end. However, new boss Sam Allardyce and his January signings provided a boost that saw them eventually climb away from the bottom three.

Ultimately, Jedinak had to go. The former club captain was past his best but his departure left a gaping hole in the Palace midfield and his leadership qualities were sorely missed. The Eagles would go on to play for almost six months without a natural defensive midfielder. Out of Palace's three usual starting central midfielders, James McArthur was best used in a combative, box-to-box midfield role, while the holding position restricted the attacking flair of forward-thinking pair Yohan Cabaye and Jason Puncheon.

The Eagles spent big in the summer with Andros Townsend, James Tomkins, Christian Benteke and Steve Mandanda arriving for a combined total of almost £60 million. Meanwhile, Loic Remy joined on loan from Chelsea to add variety to Palace’s front line, while Mathieu Flamini was signed on a free transfer following his departure from Arsenal.

Benteke became the club’s most expensive signing when he completed his £27 million deal from Liverpool and his arrival was welcomed by the majority of fans who had been wishing for a natural goal scorer ever since promotion in 2013. The Belgian’s time at Anfield was cut short after he failed to fit Jürgen Klopp’s preferred style but his previous record at Aston Villa was excellent, almost single-handedly keeping the Villans in the top-flight, and he was expected to have a similar impact at Selhurst Park.

Palace’s situation looked vastly improved when Valencia were defeated 3-1 at Selhurst a week before the opening game against West Bromwich Albion. However, Salomón Rondón scored the only goal of the game to condemn the Eagles to defeat, before another reverse at Tottenham Hotspur a week later.

No points and not a single goal scored in the opening two matches made it seem as though Palace had somehow managed to go even further backwards from the previous season. Benteke’s arrival before the third league game, at home to Bournemouth, was cause for optimism. Scott Dann was required to cancel out Josh King’s early goal against the Cherries but at least Palace had a point at the third attempt.

The draw against the South Coast side provided Palace with a platform to begin a good run. A Wilfried Zaha-inspired performance against newly promoted Middlesbrough finally gave Palace their first victory of the season. The winger crossed for Benteke to score his first goal for the club, before he netted the winner after Daniel Ayala equalised.

Palace finally had some momentum and demolished Stoke City 4-1 before overturning a 2-0 score line to beat Sunderland 3-2 – each game either side of an English Football League Cup defeat by Southampton.

A 1-1 draw against Everton followed, a game in which the Eagles were aggrieved not to win when McArthur was deemed offside as Damien Delaney’s header found the far corner. Nonetheless, it seemed Palace had turned a corner. Buoyed by the new attacking trio of Townsend, Zaha and Benteke, there was finally a threat in the final third while Tomkins’ addition strengthened the back four.

However, as has been the case wherever Pardew has managed, a good run of form is often followed by a dramatic capitulation. A 1-0 defeat against West Ham United brought the Eagles crashing back down to earth after their good form and a further five games without a point followed.

November stands out as the worst month in the lead up to Pardew’s departure. Palace lost all three matches and late goals were a common theme. The Eagles were heading for a draw against Burnley before Ashley Barnes struck on the counter-attack in added-time and a week later, Yaya Touré was afforded too much space in the penalty area to tap home just seven minutes before full-time to give Manchester City a 2-1 win in South London.

The worst was yet to come. Palace were 3-1 behind at Swansea City before a remarkable turn of events saw them score three times in nine minutes to lead 4-3. That was how it stayed until the 91st minute when Fernando Llorente equalised, only for the Spain striker to score again two minutes later to complete an astonishing 5-4 score line.

The result in South Wales left Pardew’s job under severe scrutiny. Four points from the next two games, including a surprising 3-0 win against Southampton, ensured his safety for a few weeks. However, successive home defeats against Manchester United and Chelsea saw Pardew sacked on 22 December. The former Newcastle manager was given sufficient time to change the club’s fortunes and failed, leading to his inevitable departure.

It seemed chairman Steve Parish had a ready-made deal in place with Allardyce to become manager. The former England boss, fresh from his infamous 67-day stint with the Three Lions, replaced Pardew just over 24 hours later and was in charge for the next match against Watford.

Allardyce’s appointment received a mixed reception from fans. The notorious Palace fans’ group, the Holmesdale Fanatics, were against him becoming manager due to his links with the corruption scandal that saw him sacked by the Football Association. However, many others saw positives in his record of never being relegated from the top-flight.

Palace already looked much improved in Allardyce’s maiden game. Cabaye was deployed further forward and scored just his second goal of the season to open the scoring. The Eagles should have won the game but Troy Deeney converted a penalty that Delaney had stupidly conceded.

Despite Palace looking good against the Hornets, they lost the next four games, while also only edging past third-tier Bolton Wanderers in the FA Cup in a third round replay, and the negative situation at Selhurst showed no sign of improving.

The 2-1 defeat against Swansea in Allardyce’s third match in charge was the worst of the early poor run under the experienced boss. The Swans were in a similar predicament and many expected a Palace revival to be sparked by a victory against Paul Clement’s side. Angel Rangel’s late goal proved that not much had changed in the short time since Pardew’s departure and that Allardyce was going to need far longer than initially expected to guide the Eagles to safety.

January was not all bad for Palace and Allardyce. Deals for Patrick van Aanholt from Sunderland and Jeffrey Schlupp from Leicester City were already completed in time for deadline day’s win against Bournemouth, which was Allardyce’s first as Palace boss.

Following the victory against the Cherries, Palace also secured a deal for Olympiacos midfielder Luka Milivojević and a loan move for Liverpool defender Mamdou Sakho. Both players would go on to be key in Palace’s bid for Premier League survival. However, Milivojević failed to feature until 11 February due to awaiting a work permit and Sakho’s lack of first team football at Anfield meant that he was not fit to play until 25 February, meaning they would both miss the first few matches of their respective Palace careers.

Similar to previous occasions during the season, a seemingly fresh start was followed by a crushing result. Selhurst experienced its most toxic atmosphere in years when eventually relegated Sunderland went 4-0 up before half-time, sparking chants of ‘you’re not fit to wear the shirt’ and hundreds of fans leaving the ground at the break. One supporter even confronted Delaney as the players trudged back towards the tunnel and was subsequently arrested.

The score line stayed the same, but the expectation of relegation grew. Plenty saw no way back for Palace after the result; the fans had lost touch with the players and there was no proof of improvement since Allardyce and his new backroom team had been appointed. Another defeat against Stoke followed, although the performance was far better.

A mere positive was that things could surely only improve. The Eagles had reached a new low in the thumping against Sunderland and it seemed Allardyce had given each player a fresh start.

A surprise run of four victories followed, culminated by a memorable 2-1 win away to Chelsea. Confidence had been restored thanks to the squad finally familiarising themselves with Allardyce’s philosophy. Milivojević filled the void left by Jedinak and offered plenty more technically than the Australian, while Sakho’s old-fashioned defensive style, coupled with his composure in possession, quickly made him a favourite amongst fans.

A 3-1 defeat against Southampton sparked fears that a good run was once again going to be followed by poor form, although a wonderful 3-0 victory against Arsenal lifted the Eagles further away from the relegation zone.

Success against big clubs was becoming the norm. The Eagles fought back from 2-0 down against champions Leicester to draw, before exceeding expectations against Liverpool, winning their third successive game at Anfield thanks to former Red Benteke’s brace.

The victory at Liverpool meant that Palace had doubled their overall points tally of 19 in just nine games since the demoralising defeat against Sunderland in early February. The Eagles were just two points away from the 40 that is deemed to be the 'magic' number that ensures survival. However, three successive defeats and a growing list of injuries, particularly to defenders, pushed Palace back into contention for the final relegation place, with a game against Hull City pivotal in deciding who joined Middlesbrough and Sunderland in the second-tier next season.

Palace went into the match against the Tigers following a 5-0 defeat against Man City, in which a makeshift back four made up of four natural full-backs crumbled.

Luckily, Tomkins passed a late fitness test to start against Hull but he was scarcely needed as the visitors were almost accepting of their inevitable defeat when Zaha scored within three minutes before Benteke added another before half-time. January signings Milivojević and van Aanholt completed the scoring in the 4-0 victory with late goals, confirming Palace’s status as a Premier League club for a fifth season.

Shock Allardyce departure the cue for another managerial search

A meaningless defeat away to Man United on the final day confirmed Palace’s fourteenth-placed finish, a remarkable feat given the predicament just a few months prior. However, the final twist was yet to come as Allardyce resigned as manager a day after the final game, citing his willingness to retire from football.

The 62-year-old’s departure came as a huge shock, particularly as he had admitted plans to travel to former club Limerick and allow the club’s youngsters to prove their worth in pre-season. The resignation was completely unforeseen.

Nonetheless, Palace’s seemingly bi-annual search for a new manager is now underway. Having narrowly escaped relegation in recent season, it is now time for the club to aim for a mid-table finish in 2017/18 which makes the next appointment all the more important.

Last piece in the puzzle: Crystal Palace turn attention to Ozan Kabak a day ago

What can Marc Guehi bring to Crystal Palace? 11 days ago

One in, two out - Crystal Palace undergo major goalkeeping remodelling 17 days ago

Who is Morgan Rogers? 22 days ago 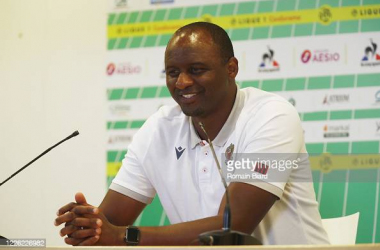 What can we expect from new boss Patrick Vieira? 25 days ago 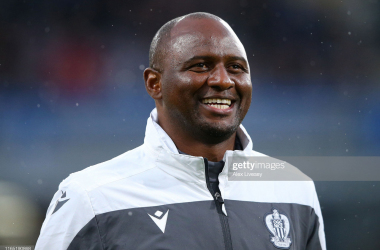 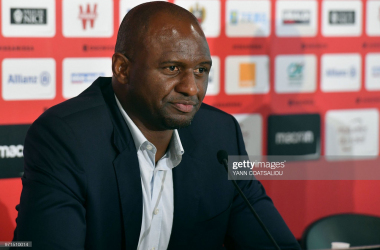 Twelve out of contract players, an ageing defence and a wantaway striker - Patrick Vieira's arrival at SE25 is riddled with challenges a month ago
//