The star power of Chris Jericho has been an underrated factor throughout the years, but at the age of 46-years-old, the veteran has consistently made us fall in love with pro wrestling time and time again.

While in his most recent run, he became a Grand Slam champion but in reality, it was the fans who won, having experienced an icon perform at the peak level.

Not a goodbye, just a farewell for now

It has become something to expect through the years that once Chris Jericho returns he will be gone within a couple of years to reunite with his band Fozzy, this reunion was no different.

However, having been involved in some of the biggest matches in WWE since his proper return in January 2016, confronting the New Day before eventually transitioning to a long feud against AJ Styles that culminated at WrestleMania 32.

Jericho became the most must see figure on Monday Night Raw after the Brand Split, captivating audiences either through his patented "It" or his beloved list.

Aligning himself with fellow Canadian Kevin Owens, the pair become unstoppable together, fending off the likes of Seth Rollins and Roman Reigns before one moment changed everything.

The Festival of Friendship evoked some of the most heartbreaking television that WWE has ever produced as Owens turned his back on Jericho breaking the G.O.A.T's and everyone else's hearts.

A stunned Y2J questioned "why is my name on the list?" oblivious to the fact that he was about to be put down by his former best friend, with the words still drawing a tear from this author's eye, they battled at WrestleMania in one of the standout matches on the card before continuing their feud.

It would eventually be Owens that sent Jericho out in old school fashion, defeating him for the U.S Championship on SmackDown Live before taking him out in gruesome fashion.

Wrapping a steel chair around his throat and head before hurling him into the electronic ring post, forcing the veteran to be helped by medical staff.

While Jericho may be broken; our hearts are just as shattered. 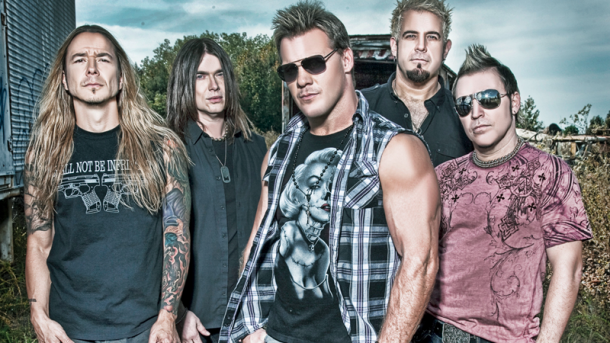 The veteran is set to embark on a worldwide tour entitled Judas Rising with his band Fozzy, with his latest single out now, hear it here.

May 9 – The Concourse at The International – Knoxville, TN

Jericho is touring with the heavy metal group until June 24 but an album may be in the works, putting his return to WWE off for a while.

There has been talk of a brief return on May 30 but nothing has been made official.