Durham are the early WSL 2 pacesetters as we head into the international break, with them the only side to manage maximum points from their opening two games.

At the other end, it's expected strugglers Oxford United who sit at the foot of the table having lost both their fixtures so far.

There's been plenty of action, drama and rain in the opening week, with a month off being the last thing the fans want after so much excitement.

Goals all round in midweek

All 10 teams got their seasons underway with midweek fixtures, playing either Wednesday or Thursday ahead of a weekend game.

The big game of those opening five saw Bristol City host Yeovil Town; both title favourites, both South West natives. It was the former who emerged victorious, winning by a 3-2 scoreline in a truly thrilling game.

Bristol raced into a 3-0 lead before the hour, with Rosella Ayane on target with two goals either side of a strike from Millie Farrow. However, Yeovil gave the Vixens a late scare, with Atlanta Primus narrowing the deficit to two within seconds of Ayane bagging her brace.

Nicola Cousins made it 3-2 with just 11 minutes to go, but Bristol were able to see the game out and register a huge three points in their promotion bid.

Everton also got their campaign off to a flying start with a 2-1 win over dark horses Aston Villa. Hannah George put the visitors ahead on Merseyside with half an hour played, but Simeone Magill equalised just before the break and Georgia Brougham scored Everton's late winner on 80 minutes.

Durham, meanwhile, edged out new-comers Sheffield 1-0 thanks to Jordan Atkinson's effort, but it was near the bottom of the standings where the goals really flew in.

Oxford hosted Millwall Lionesses in a potential early relegation six-pointer, and it was the latter, the visitors, who took the win by a massive 5-3 scoreline.

Ashlee Hincks gave the away side the lead on 11 minutes and, although Lauren Allison got the hosts back on level terms not long after, a brace from Lucy Loomes and Hincks' second gave Millwall a 4-1 lead with 24 minutes to play.

Ini Umotong and Laura Nichol narrowed the deficit to just one with 10 minutes remaining, but Rinsola Babajide scored a late insurance goal for the Lionesses as they took home the three points.

The final midweek game was another goal-fest, with London Bees the hosts in a 2-2 draw with Watford. The Bees took a two goal lead after a penalty from Nicola Watts and a strike from Jo Wilson, but the Hornets showed their fighting spirit as they managed two goals past the 88 minute mark to snatch a point - Charlotte Kerr and Mollie Burgess the heroines on the day.

Twists and turns at the weekend

Just when everyone thought their pre-season predictions were taking shape on the pitch however, the weekend's fixtures blew many out of the water.

Title-challengers Bristol were held to a goalless draw by Sheffield for one, while Everton could only manage a 2-2 draw when they travelled South to face Millwall.

While the South Yorkshire outfit continue their search for a first FAWSL goal, Bristol were left ruing missed chances. Tatiana Pinto had a marvellous opportunity that she hit straight at her opposing goalkeeper, whereas Loren Dykes failed to hit the target with a flying header.

As for Everton, they made life hard for themselves after going 2-0 down before the hour against Millwall. Fortunately, Chantelle Boye-Hlorkah and Magill cancelled out earlier goals from Leighanne Robe and Hincks, but the fight-back will be overshadowed by the disappointment at the lack of a win.

Elsewhere, things generally went to plan - though not in Watford, with the Hornets' clash with Yeovil postponed due to a waterlogged pitch.

Villa downed Oxford 2-1, goals from Katie Wilkinson and Beth Merrick making Umotong's opener irrelevant, and Durham made it two wins from two as Atkinson and Beth Hepple helped see off the Bees 2-0.

It's the North East outfit that head into the break as league leaders then, with the next lot of fixtures to take place on April 23.

The Warmdown: Leicester win away at Old Trafford 5 hours ago 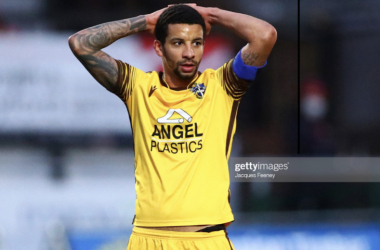 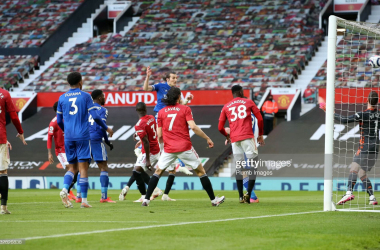 Fulham 0-2 Burnley: Cottagers relegated with a whimper 2 days ago
//