Two incredible goals earned Tottenham Hotspur and West Ham United a point apiece under the lights at Wembley as Heung-min Son canceled out Pedro Obiang's strike with minutes to spare.

Spurs dominated the game from start to finish but David Moyes' game-plan worked just about to perfection as the Hammers pick up a hard-fought point on the road.

It was a disappointing result for Spurs though as they fail to put the pressure on Liverpool, who now have a three-point cushion over the Lilywhites.

It could prove a vital point for West Ham as they now move up to 15th and sit on 22 points, two points off of safety.

Although Spurs managed 31 shots, there was a clear struggle to get the better of such a tight West Ham defence.

It came the night after a perfect result for Spurs as top-four rivals Arsenal and Chelsea dropped points in a draw 2-2 at the Emirates Stadium.

Goal of the season contender

Obiang provided the away side with the goal which earned the Hammers with a valuable point.

West Ham sat back for the whole game and absorbed the Tottenham pressure but on their first real attack of the game, Obiang fired a thunderous effort past Hugo Lloris from 30 yards.

The Spanish midfielder's strike flew past Lloris after striking the inside of the post. This was the first shot from the visiting team as their plan to sit deep and break on the counter worked excellently.

Tottenham's Son rescued a point for the Lilywhites with an equally-impressive strike as of that of Obiang's.

The South Korean struck from distance as the ball sailed past a helpless Adrian and into the top corner in the 84th minute.

West Ham's impressive defensive display meant that Spurs were left to shoot from distance as they struggled to break down their tight back line.

The strike was a sign of desperation from Spurs who were simply unable to create many clear opportunities, though they did profit from Son's brilliance.

Spurs dominant but nothing to show

From the first minute, Tottenham instilled their dominance over the Hammers.

The home team enjoyed the large majority of the possession in the first half but found it difficult to break down the visitors.

West Ham adapted the defensive style of play which we have seen time and time again for visiting sides at Wembley.

Harry Kane did have the ball in the back of the net. However, the linesman rightly awarded it as offside - denying the Englishman his first goal of the new year.

The West Ham back-line sat deep limiting Spurs from breaking quick and they had to slow their play down and attempt to pick out the decisive key pass, which they often couldn't.

Tottenham's best opportunity came right at the end of the half. West Ham were caught higher up the field than normal but Christian Eriksen's deflected shot was well saved by Adrian.

It was much of the same in the second period for Spurs, West Ham continued to sit deep as the hosts struggled to create any real opportunities.

Kane had a great chance on goal but Declan Rice came from nowhere to get the block in, denying Spurs of what seemed destine to be an opening goal.

From that chance, the ball spiralled up in the air as Adrian came rushing out of his goal to punch it away. Dele Alli won the ball first before the goalkeeper knocked him down for a potential penalty claim, though the referee gave nothing.

Tottenham continued to press West Ham but the story was pretty much the same as of that in the first half.

There was little in the way of clear sights on goal for the hosts who were left to shoot from distance, with two world-class long-range strikes the only goals of the game.

It took Tottenham boss Mauricio Pochettino until 30 minutes into the second half to make his first substitution even though it was clear to all that something needed to be changed in the Tottenham line-up.

There was a lack of intensity from Moussa Sissoko and Eric Dier but it took the Argentine until after Spurs went 1-0 behind to make the changes.

Tottenham did not look their usual energetic selves after a long away trip to Swansea just two days ago and the busy winter schedule perhaps took its toll. 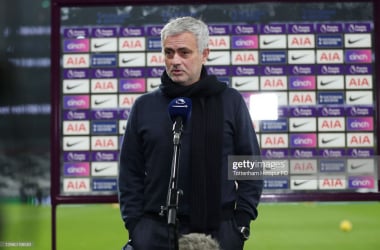 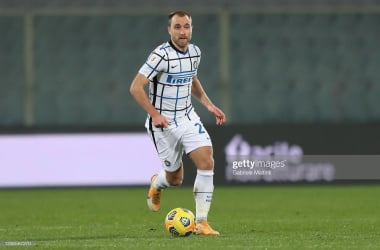 Christian Eriksen - The perfect short-term solution for Spursa day ago 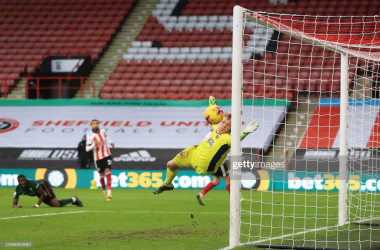 The Warmdown: Spurs diminish demons through Ndombele's moment of magic  3 days ago

Sheffield United vs Tottenham Hotspur Preview: Team News, Predicted Line-ups and How to Watch6 days ago

The Warmdown: Same old Spurs held 1-1 by a determined Fulham8 days ago

Carlos Vinicius: Proving His Worth 12 days ago