Coventry City and Reading will face off at the Coventry Building Society Arena as they look to get another three points to push up themselves up the Championship table.

The Sky Blues have had a good start to their second Championship season after being promoted from League One, with two wins from three games placing them up in eighth.

As for Reading, their start has not been as good, with only one win against Preston North End and two losses meaning they sit in 17th.

Coventry will still be without Matty Godden, as he is yet to return to full fitness following a foot injury. He was an unused substitute against Blackpool on Tuesday. They will also be without another striker in Tyler Walker, who is still recovering from a shoulder injury suffered against Barnsley a week ago. Midfielder Liam Kelly is also close to a return but will be unavailable.

Reading will be without Lucas Joao until January after he suffered a hip injury against Preston. New signing Junior Hoilett could make an appearance off the bench after signing for the club on Thursday evening. Ovie Ejaria is unavailable as he is isolating, whilst Yakou Meite and Felipe Araruna are both still out.

The Swede signed permanently for the Sky Blues this summer from Brighton and Hove Albion after spending the second half of last season at the club on loan, and he has made an instant impact. He has scored two goals in his first three games in the league this season, with his hold-up play and pace being integral to the way Coventry play this season.

The midfielder has started this season brilliantly already, with two goals and two assists in the first three games. Swift has struggled with injuries in his time at Reading, but when he is fit he is one of the best midfielders in the division, with his great vision and passing ability, along with his dribbling and set-piece deliveries.

The last time these two sides met was back in January when Reading ran out 3-0 winners at what was then called the Madejski Stadium, with Swift scoring arguably the best free-kick of the season.

This game is not on TV, however, you can watch it on Coventry and Reading's streaming services for £10.

Preston North End 1-1 Fulham: Cottagers miss chance to extend their lead at the top 4 hours ago

Norwich City vs Wolverhampton Wanderers Preview: How to watch, kick off time, team news, predicted line ups and players to watch 20 hours ago

Wolves must be at their best to defeat Norwich, insists Bruno Lage a day ago

Preston North End vs Fulham preview: How to watch, kick-off time, team news, predicted lineups and ones to watch 20 hours ago 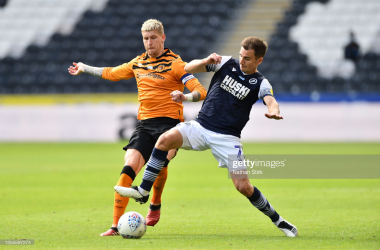 Hull City vs Millwall preview: How to watch, team news, kick-off time, predicted lineups and ones to watch 21 hours ago

Analysis: Wanderers looking to further fine run of form a day ago
//