There’s always plenty of talk in the lead-up to any transfer window, and Liverpool are not exempt from speculation as January looms closer.

With the departure of Sadio Mané as he represents Senegal at the Cup of African Nations just after the turn of the new year, Jürgen Klopp is presumably ready to dip into the transfer market for a suitable replacement.

A month without Mané and a squad without much depth for wingers could mean a tactical change unless another player is brought in. Considering Liverpool's historic injury issues, it may not be poor form for the manager to strengthen the depth in this position regardless of January departure.

The young Dutch winger has been on the radar of a few European clubs since his 2014 transfer from FC Twente in the Eredivisie to The People’s Team based in Russia’s capital.

This season alone, Promes has put five in the back of the net, assisting a further six. This form is off the back of a 2015-16 campaign of eighteen goals and five assists.

For Liverpool, Promes fits the profile of filling Mané’s shoes. He has plenty of pace, though not quite matching the blinding speed of the Senegalese.

Flight feet and good skill on the ball allow Promes to glide past defenders – like other tricky wingers, however, too much dancing around the ball can catch him out.

One attribute of Promes’ that matches what Mané offers to the side is his off the ball movement, especially in attacking phases of play. He’s listed as a winger who predominantly plays on the right-hand side, but often strays from his position to best suit attacking ball movement.

Promes can swap wings, stick centrally, and drop deep to receive the ball in the midfield. This fluidity meshes well with Mané, as well as fellow forwards Phillipe Coutinho and Roberto Firmino.

Promes also moves into the box from wide positions intelligently, curving and weaving into good scoring positions. With apologies for photo quality, here’s an example from earlier this year: 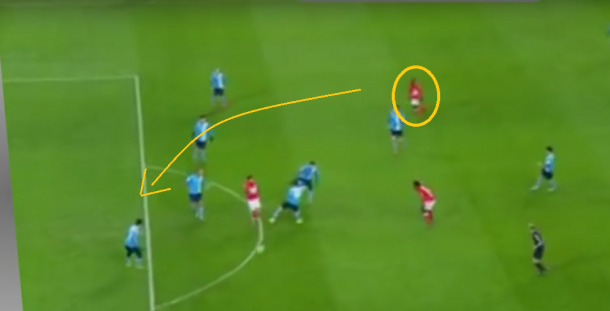 The ball is fed outside to the opposite wing. Though there are two players around the centre of the box, one moves to draw defenders away while the other reacts slowly. Rather than stay outside, Promes snatches at his opportunity. 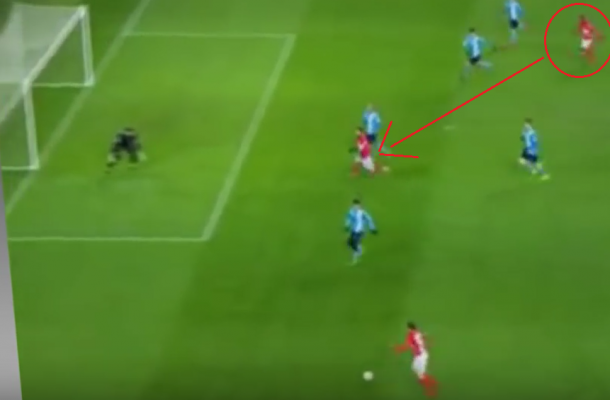 With the ball ready to be put into the box, the diagonal run Promes takes for this goal shows the to-be assisting player where to play his pass. Promes keeps the opposition defenders in front of him, ready to cut in front of one whenever the pass is chosen by his teammate… 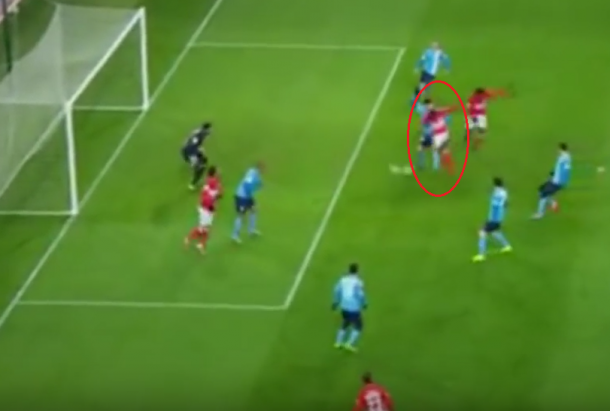 …and so he does, to great effect. Promes has astute timing of his runs, and his vision and recognition of those opportunities has been well-developed since he arrived at Spartak.

While Klopp may have his eyes set on the Dutch forward, prying Promes away from Russia could be more difficult than anticipated.

The player’s contract, after signing an extension over the summer, stretches through to 2021 – quite the contract to purchase when, in truth, Liverpool really just need a fill-in for a month in 2017.

There have been speculations that Spartak value the player around £25 million, but seemingly standard Premier League inflation could make that prospective figure rise even higher.

Though Promes is a promising talent that could turn into quite the player, he may be off the table unless the gaffer is determined to make him an integral part of the squad.

Some have also speculated on the transition to the Premier League historically being a tough move for forward moving from Russia. To venture another route, there’s more definitely a question of the Dutchman’s work rate in a Klopp-style pressing system.

Promes isn’t known for tracking back and supporting his defensive teammates, which could provide problems in how the Reds play their football.

But some of these questions were also raised against Mané and Georginio Wijnaldum, both of whom have shown the opposite in their performances to date, so we should probably err on the side of “wait and see.”

Klopp has dramatically altered Liverpool’s performances in his 13 months at the club, and that includes players’ work rate and intensity.

If the manager chooses to pursue Promes’s services, he will be bringing in a quality attacking talent that replicates Sadio Mané’s playing style.

The transition will hopefully be simple, potentially be seamless, and could add to the already-intense firepower of the Liverpool attack.

If not, then Klopp must look elsewhere to reproduce what Liverpool will lack in Mané's absence when he departs on international duty in January.

The Warm Down: Lethargic Liverpool earn victory despite sub-par performance4 days ago

Opinion: Are Liverpool’s options at left back a cause for concern?5 days ago

Liverpool are the Champions of England: The moment that defined their season15 days ago

Liverpool are the Champions of England: How this team will go down as legends15 days ago

Trent Alexander-Arnold could save club over £100m15 days ago