Matteo Darmian has expressed his delight that Manchester United are not considering selling him this summer.

Darmian has been heavily linked to a move back to Serie A this summer with Juventus looking closely at him to replace Dani Alves, who left the Italian side to join Paris-Saint Germain.

Jose Mourinho though knows how important a player Darmian is to United and always wanted him to stay and Darmian is very happy to stay at Old Trafford for the upcoming season to help the team win more trophies.

When he was quizzed about his United future after the UEFA Super Cup defeat to Real Madrid, Darmian said that "in difficult moments" at United last season he always "worked hard and tried to take every opportunity I had" and that is exactly what he did as he became a pivotal figure in the club's UEFA Europa League triumph.

The Italian continued to say that he is "pleased that Manchester United consider me to be off the market" as that shows that the club has big plans for the defender next season but he also admitted that he was "pleased by the interest of the Italian clubs" as it shows he is impressing many people on the pitch. 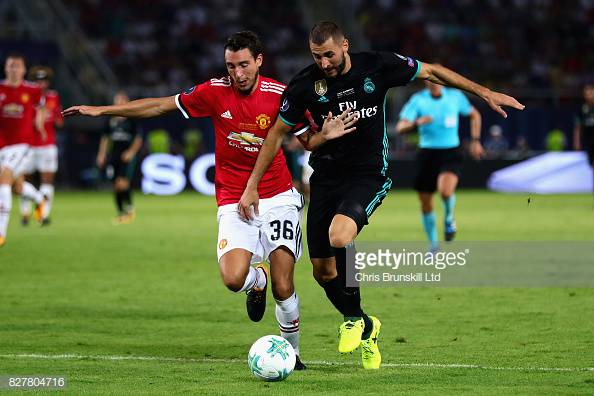 I'm very happy to be staying at United for the upcoming season, insists Darmian

Despite being off interest to Italian clubs though, Darmian revealed that "there was never anything concrete" so therefore he feels that "there's no point talking about the transfer market" as he now wants to concentrate on "Manchester United" as he says he is really "happy here" which is good news for the club.

Darmian is likely to start the season as United's number one left back after injuries to Luke Shaw and Marcos Rojo but that won't be a problem to Darmian as he is comfortable playing in either of the full-back positions which is probably the main reason why Mourinho wants him to stay at the club.

A trip down memory lane: That night at the Parc des Princes 2 days ago

Opinion: The biggest winners from Manchester United's victory over Newcastle United 3 days ago