Coventry City rode their luck to progress to the second round of the Carabao Cup after running out 1-0 victors against League One opponents MK Dons today.

Mark Robins side, who were reduced to 10 men after just 28 minutes, sustained pressure throughout the tie, but held firm to stay level (including Marko Marosi saving a penalty) before striking late on through substitute debutant striker Tyler Walker.

With numerous absentees in either squad, MK Dons named two players more often spotted in the Under 23s in Matthew Sorinola and John Freeman. Russell Martin was able to name new loanee Lasse Sorensen in the squad, and he found himself in the starting eleven.

For Coventry, there was a much more experienced side. Declan Drysdale and Josh Pask found themselves filling in for Michael Rose and Fankaty Dabo – elsewhere, Callum O’Hare and Gustavo Hamer made their first competitive starts for the Sky Blues since their summer transfers. Ben Sheaf was absent from the squad after his loan was confirmed by the Sky Blues yesterday.

The match began with a gilt-edge chance for the League One side. New signing Lasse Sorensen was involved within two minutes; after Callum Brittain carried the ball into a dangerous position, his cross into the box was met by Carlton Morris. Morris’s effort was met spectacularly by Marko Marosi.

Marosi almost found himself turning from hero to villain after a quarter of an hour. A sloppy pass out from the Slovakian goalkeeper was cut out by Sam Nombe, but the MK Dons youngster hit the side netting with his effort.

The match was short of quality in the opening phases. Coventry especially found themselves struggling to make a mark on the game, and their task wasn’t made easier nearing the half hour mark. A ball over the top evaded the Sky Blue back line, and Matthew Sorinola found himself through on goal. Declan Drysdale’s attempts to prevent the youngster from converting were rather harshly adjudged to be a foul and a red card.

With City down to ten men, Carlton Morris stepped up to pile on the misery. Marosi had other ideas. A fantastic penalty stop low to his left kept out Morris, and the Norwich City loanee could only steer the rebound over the bar.

This seemed to spark Mark Robins men into action. Within a minute, they had almost taken the lead themselves. Ryan Giles, who has emerged as first choice left back this season after a difficult loan spell before lockdown, found himself in space on the wing. He lashed a shot just inches wide of the far post.

With just two minutes remaining of the first half, former Burton Albion man Jamie Allen went close. Ryan Giles was again causing issues down the left, and his cutback found Allen. His shot was again just wide of the post.

The second half began as the first had – MK Dons in charge. They were making their man advantage count, and it was Carlton Morris who had the first chance of the half. He found himself one on one with the Coventry City keeper Marosi, but the Slovakian was again colossus between the sticks and denied Morris.

Just two minutes later, Jordan Houghton had an effort stopped from the edge of the box. MK Dons continued to dominate, and Marosi could have been called into action once again should Josh Pask not have dispossessed Sam Nombe impressively.

The game began to change after a double change from Mark Robins. Jordan Shipley and Hamer departed for captain Liam Kelly and new striker Tyler Walker, and it was Walker who had the next chance less than five minutes after taking to the pitch. Callum O’Hare, who had been impressive throughout despite the Sky Blues disadvantage, released the new striker, but he could only curl the ball past the post.

The first goal of the match came with just eight minutes remaining. A free kick inside of the MK Dons half was delivered in poorly by Ryan Giles, but a mix up in clearing the ball allowed substitute Tyler Walker to nick in and convert a low finish past Lee Nicholls.

Despite a man advantage, the goal seemed to knock the stuffing out of the home side. Substitute Amadou Bakayoko, who had impressed during pre-season, was unfortunate to not double Coventry’s lead. He found himself through on goal with just the keeper to beat – he was denied by Nicholls initially, but his rebound beat the keeper – but deflected out off the post.

Marko Marosi was the busiest man on the pitch this afternoon and highlighted exactly why he is a fan favourite with the Sky Blue Army. He was called upon throughout the match, from the opening two minutes until the end. Both City fans and Mark Robins will be delighted to see Marosi full of confidence going into the new season.

Positives in defeat for MK Dons

Despite crashing out of the competition, manager Russell Martin will be relatively pleased with his side’s performance against higher opposition. MK looked comfortable and had numerous chances to score – barring an inspired performance from Marko Marosi in the Coventry City net, they could have scored three or four goals.

After being reduced to ten men, the odds were stacked against Coventry today. There were individual performances which helped Mark Robins side to stay in the game, but the team as a whole can be commended for qualifying for the next round of this competition. The Championship is notoriously a huge step up for promoted teams; this ability to grab victory from the jaws of defeat will be key for the Sky Blues this term. 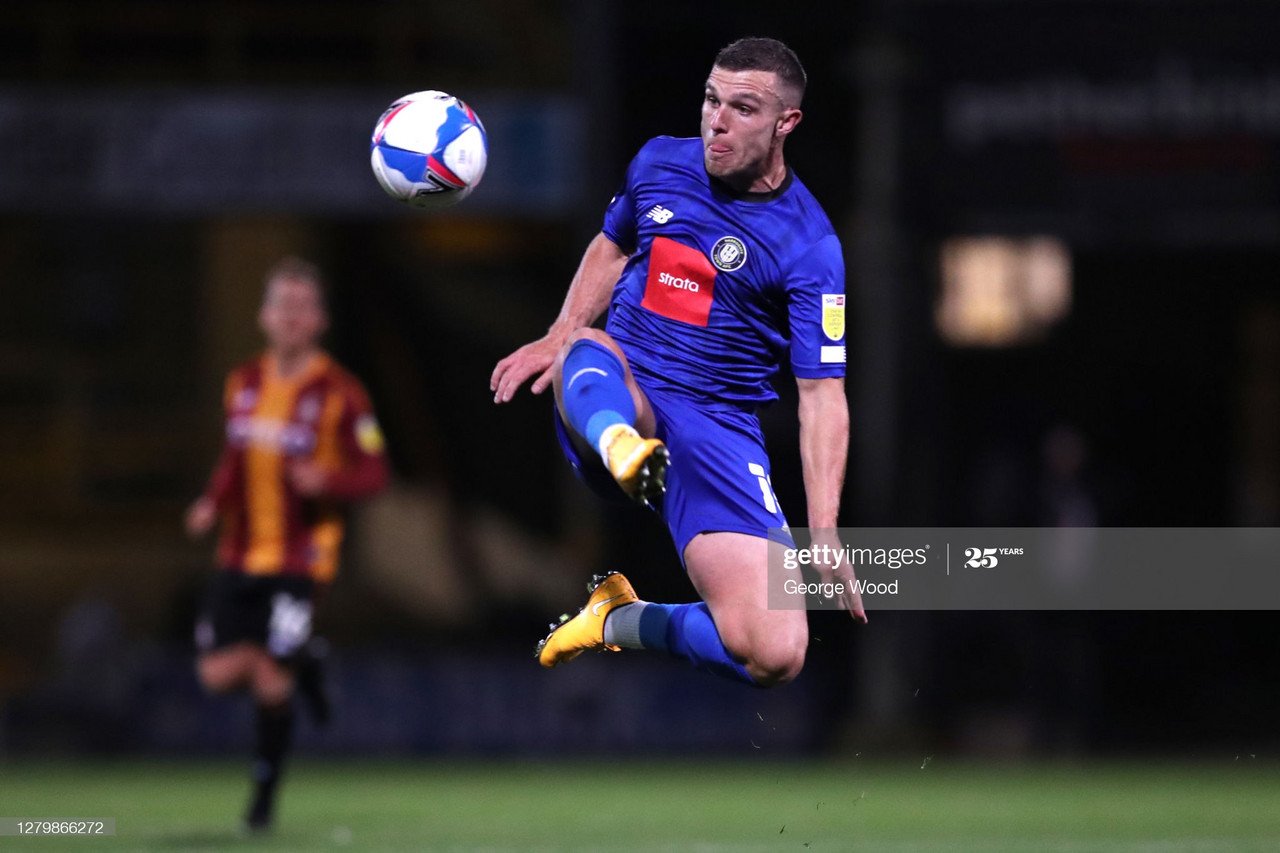 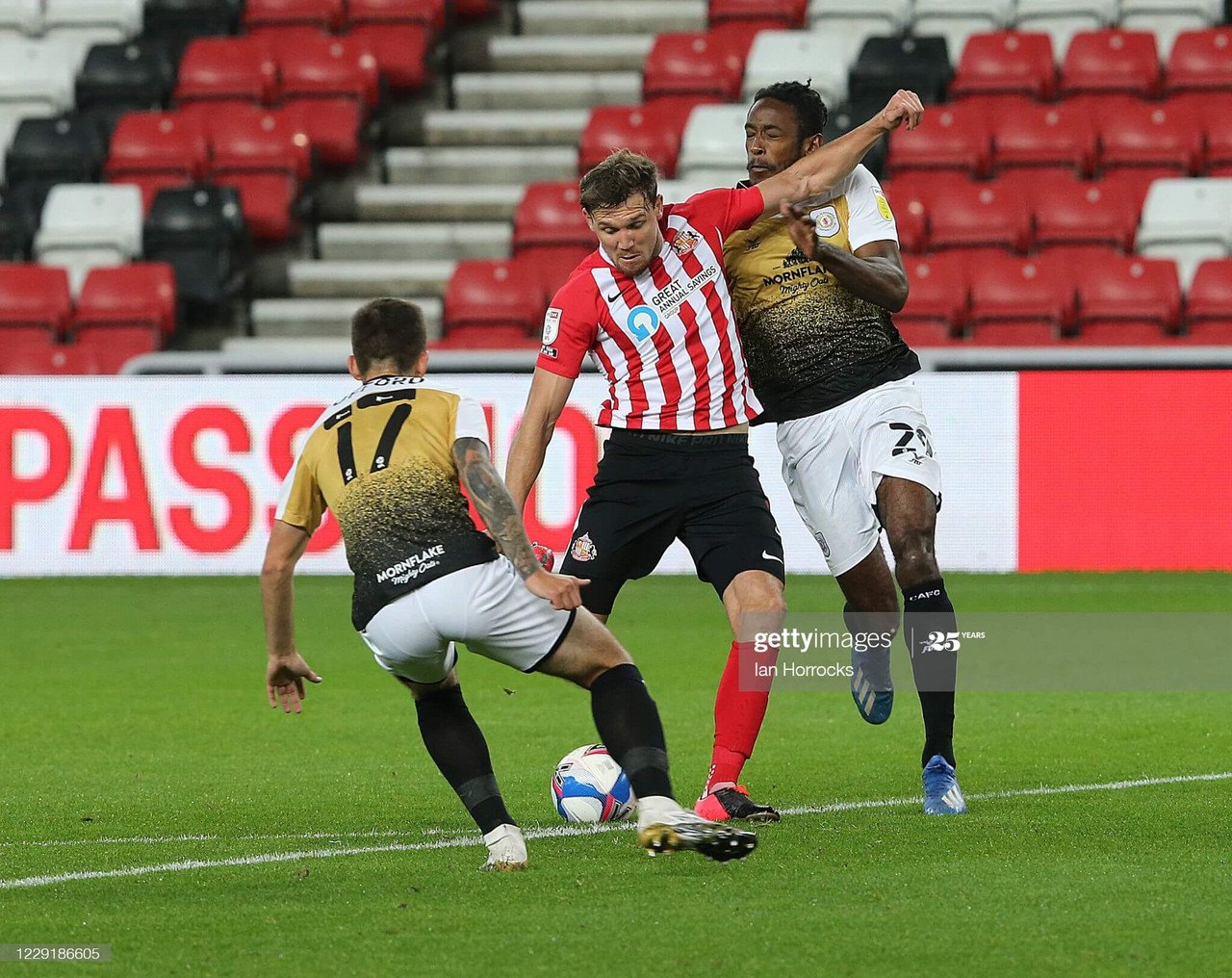 Sunderland 1-0 Crewe Alexandra: Own Goal helps Sunderland see off The Alex an hour ago 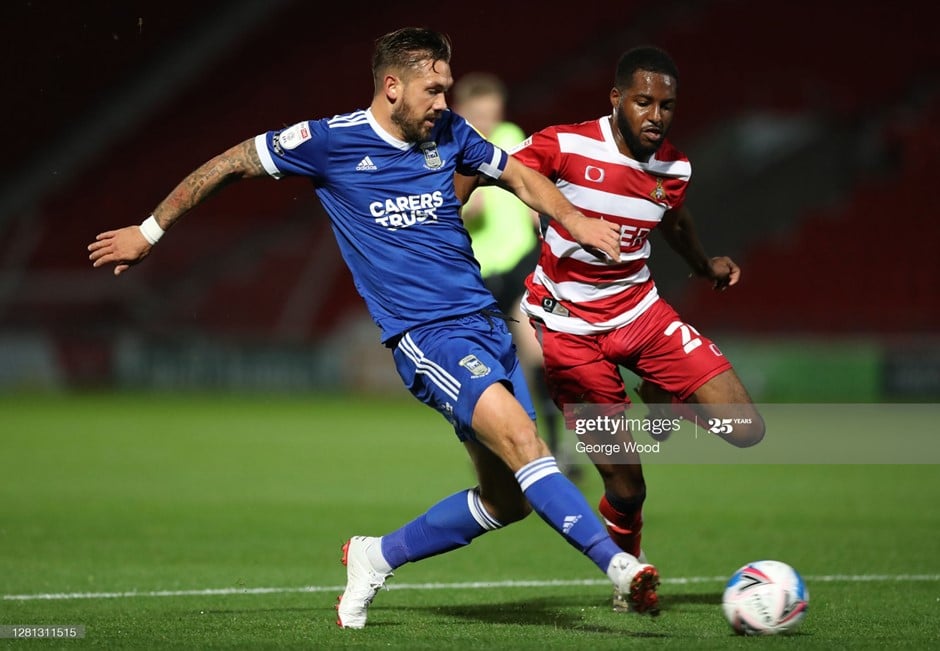 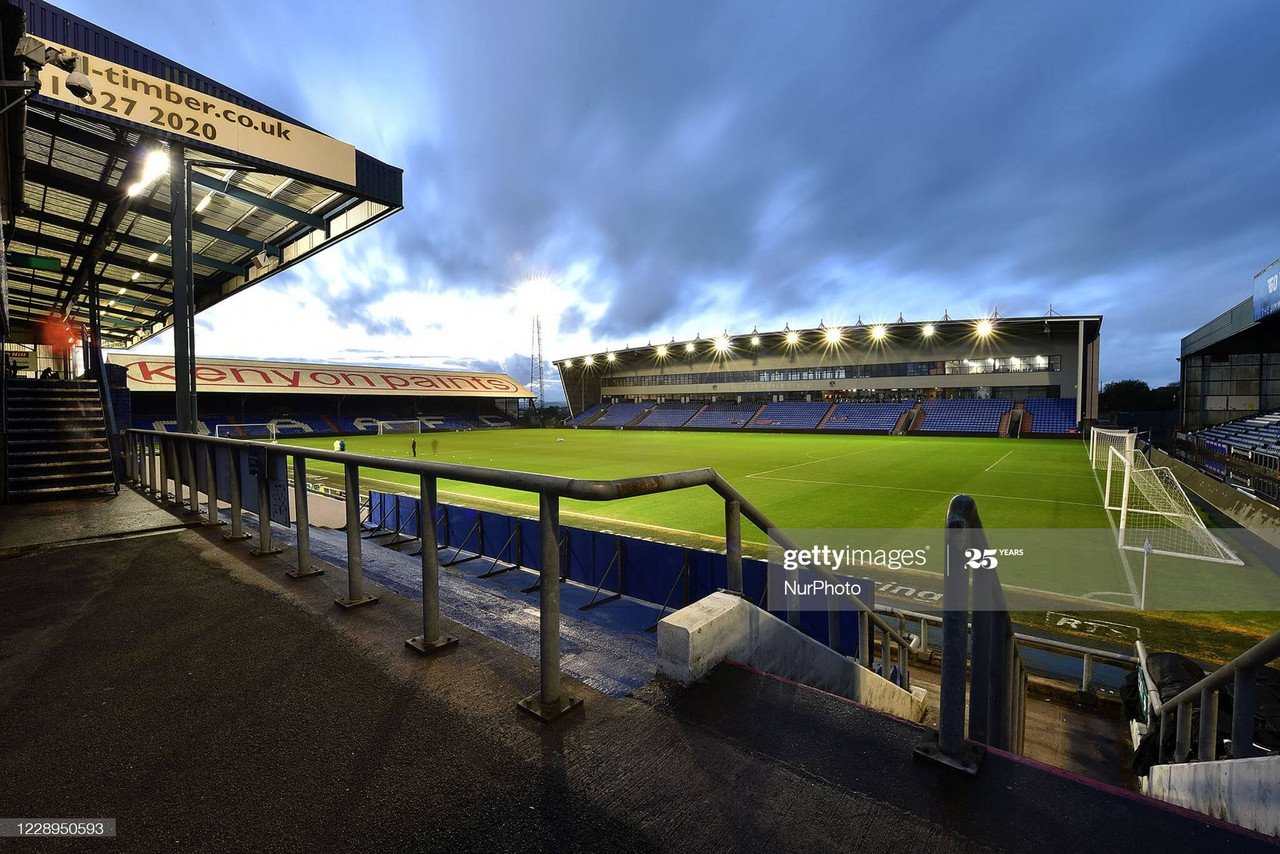 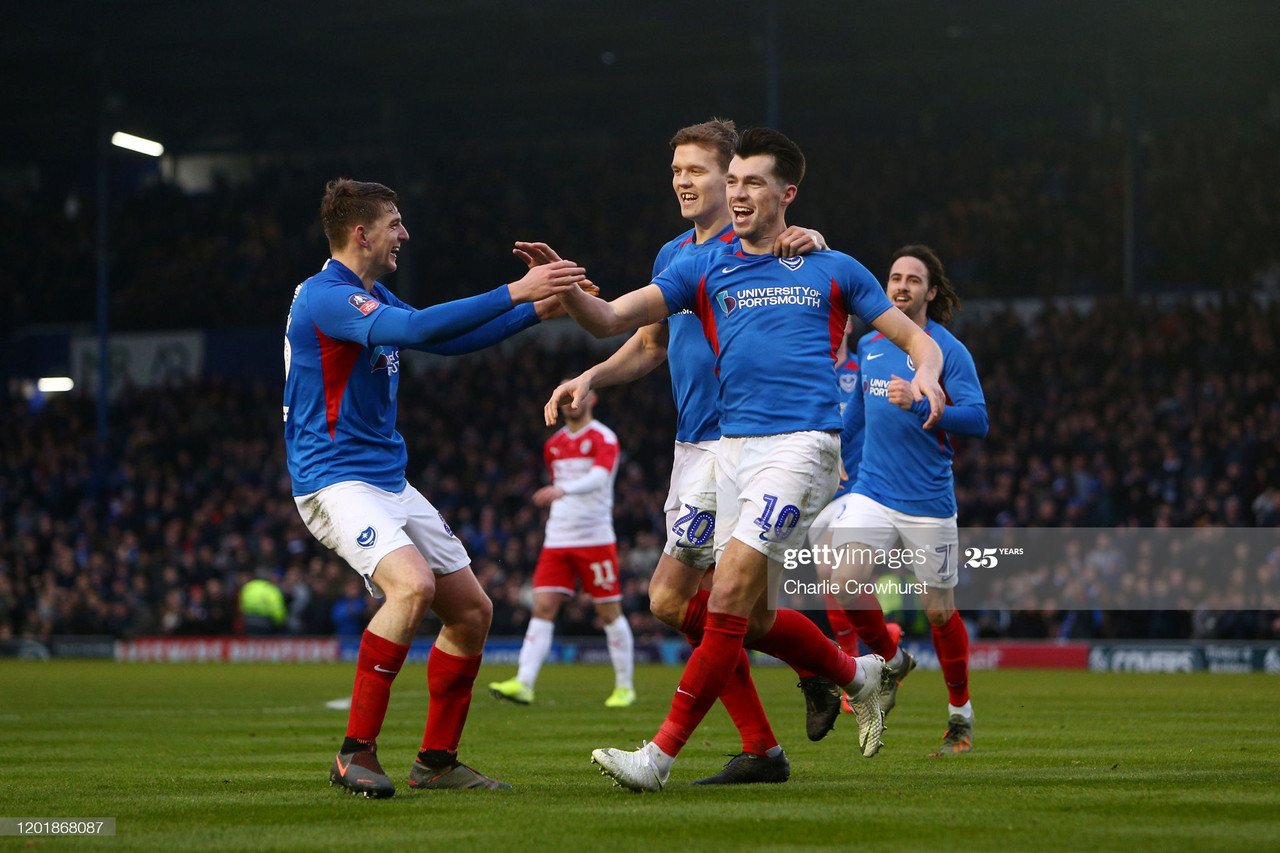 Gillingham 0-2 Portsmouth: Dominant Pompey see off lackluster Gills under the lights 4 hours ago 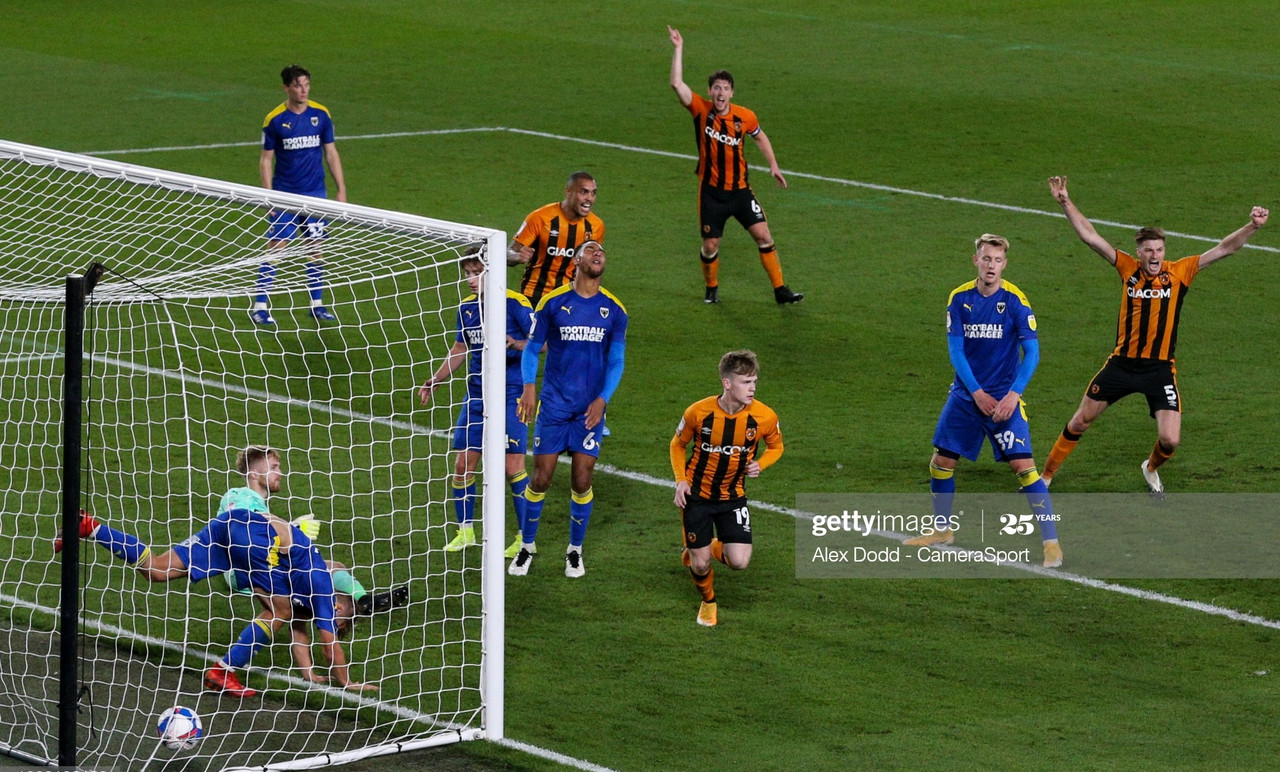 Hull City 1-0 AFC Wimbledon: Tigers grind out win that sends them top an hour ago 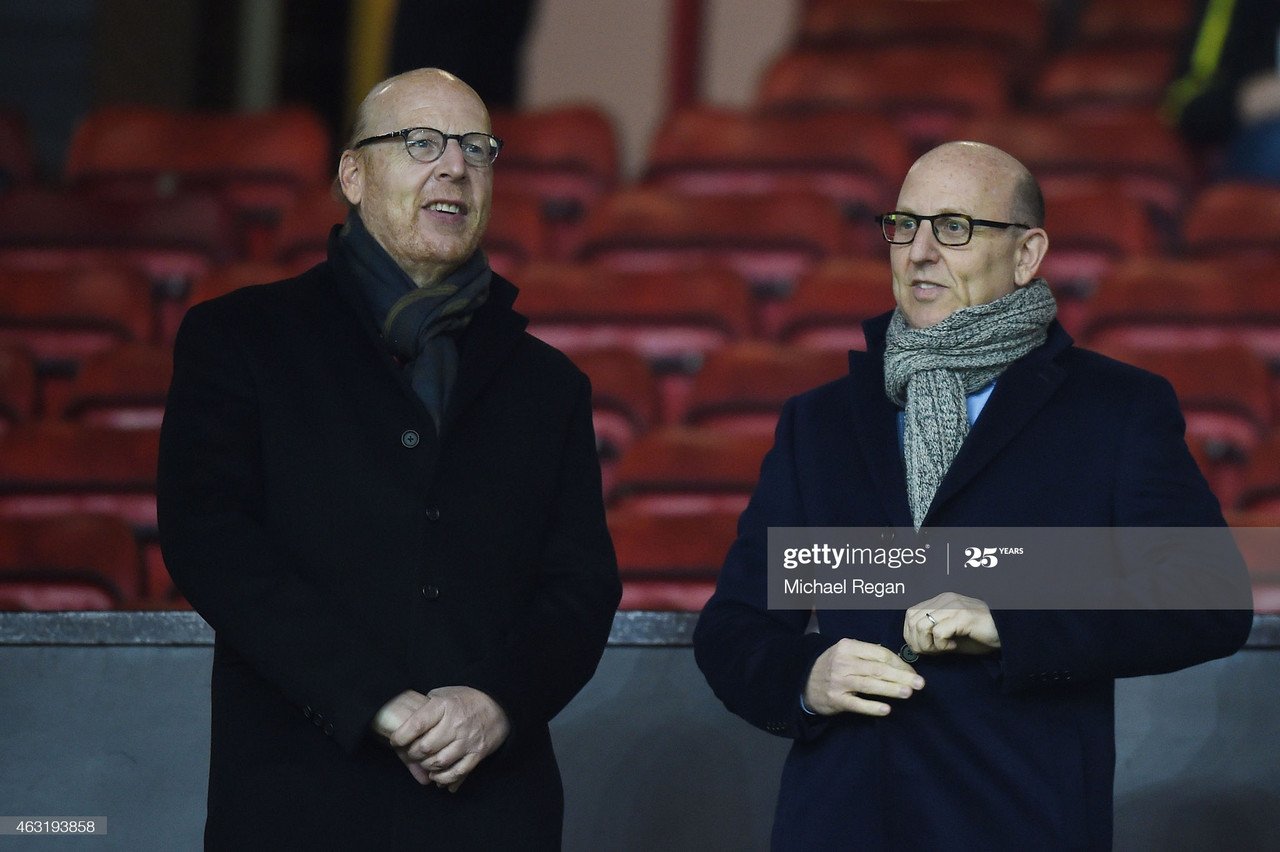