Leeds United had to dig deep as they beat Burnley 1-0 in the Premier League at Elland Road on Sunday lunchtime.

Patrick Bamford got the only goal of the game from the penalty spot after he was brought down by the Clarets keeper, Nick Pope.

It was Bamford who then stepped up to tuck the penalty into the top corner of the net against his former club.

The Whites came into the game against the Clarets on the back of a demolishing 6-2 defeat against arch rivals Manchester United last weekend.

They bounced back with the victory over Burnley and Whites boss Marcelo Bielsa gave his thoughts on the performance.

"In the first half we defended very well. This was helped by the fact we finished our attacks in the opposing half," he said.

Especially in the last part of the game, it was an energetic and valiant effort by the guys and very decisive." he added.

Leeds United were forced into making a defensive change with captain Liam Cooper missing out due to injury which he picked up against Man United last weekend.

As a result, Pascal Struijk came into the defence to partner Luke Ayling and Bielsa evaluated his contribution.

"Yes, he was very influential and he contributed to a lot to our defensive stability in the middle."

Prior to this game Leeds were a concern when defending set-pieces but with the addition of Struijk it made them considerably more solid.

In his pre-match press conference, Whites boss Bielsa said that Diego Llorente was available to play in Sunday's match up.

However, when he wasn't named on the team sheet there were a few questioning the whereabouts of the Spanish international.

The United boss was asked to explain the situation after the fact.

"He had a setback on Wednesday and from there he hasn't evolved," he said.

"He stopped being an option for the game today."

It appears it could yet be a while before we see Llorente being a regular feature for the West Yorkshire club.

Bielsa was asked why they struggled so much in the second period.

"We hung on to the result. We probably took less risks near our own box it was difficult for us to take them into their own half and these things were inchanged together, one provoked the other," he said.

"When the opponent finishes their attacks in our own box, not only is it more difficult to defend, that meant also that and we never found them disorganised when we had the ball and in that way it was more difficult for us to dominate the second half.

"We weren't able to stop them from playing how they wanted, were weren't able to neutralise them and although we defended fiercely, the opponent had chances to score. And it was very difficult for us to position ourselves in their half." he explained.

Bielsa had this to say on the incident:

"I sincerely haven't formed an opinion because I haven't been able to watch the action back. It wouldn't be correct to have an opinion without the certainty." Bielsa said. 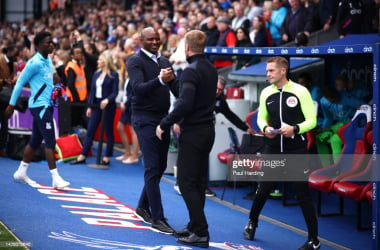 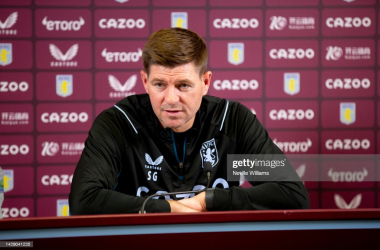