Newport County will be desperate for a win against Walsall this Wednesday evening in League Two, as they are in dire need for a return to form if they want to avoid slipping out of the play-off places.

The Exiles still sit in the play-off places despite only winning once in their last 12 league outings. They need points more than ever now as there is only three points between them and 10th place Bolton Wanderers.

Meanwhile, Walsall will be hoping they can turn some draws into wins if they want to move any closer to the top seven.

The Saddlers have 13 draws in the league this season, which is the joint most out of the 24. Only losing seven in 28 games at the same time. A number you'd expect from a team chasing automatic promotion.

If they'd turned at least three of these into wins, they'd find themselves right within the mix of the play-offs.

Newport will be able to recall Scot Bennett after his suspension has ended. Also, Liam Shephard could be in contention to start again after coming back this past Sunday.

However, the hosts will be without key midfielder Liam Kinsella after he was sent off in their 1-1 draw with Stevenage. They chose not to appeal the dismissal.

The Northern Irish striker Caolan Lavery has five goals in the league this season, and with the recent departure of Elijah Adebayo, he has had to step up with big boots to fill, replacing the 6ft3 forward.

Lavery, is a former product of both Sheffield sides, starting his career at Sheffield Wednesday  after graduating from their academy. He went on to join Sheffield United where he was also sent out on loan.

He has scored within the first three minutes in back to back matches for the Saddlers, so the Newport defenders will have to watch out for Lavery, who can prove tricky to play against.

Nicky Maynard has certainly enjoyed a fruitful career in the Football League. with a career that has stretched over 17 years in professional football.

The 34-year-old was brought in on loan by manager Michael Flynn in January, in a bid to add more goals in the Welsh side's game in their charge for promotion.

Maynard, has scored goals wherever he has been. Most recently at Mansfield Town.

The veteran will be sniffing around the penalty box poaching for goals, so the defenders will have to be at their best to stop the experienced striker.

Back in November, the sides met at the Rodney Parade where the scores were settled in a 1-1 draw. Adebayo put the visiting Walsall 1-0 up and three minutes later Scott Twine leveled for the hosts.

Due to the current national lockdown in the UK, there will be no fans in attendance. This means the game is available on iFollow via both clubs websites where passes can be purchased for £10. 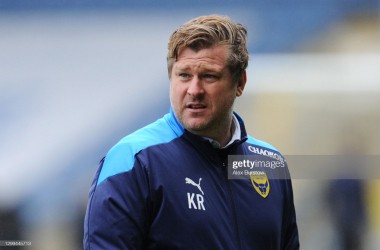 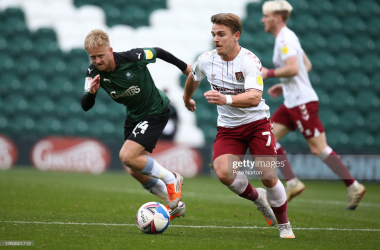