With Asuka leaving the NXT Women's Division raw, [no pun intended] and Bobby Roode dropping his 'Glorious' NXT Championship [pun intended] you could be forgiven for believing that the time for excitement in the developmental brand had come and gone.

The rebuilding process has ushered in a new era of top stars within the promotion, with many stars moving on to bigger and brighter things, the breeding ground for the main roster is now restocked and the cattle are prime and healthy. 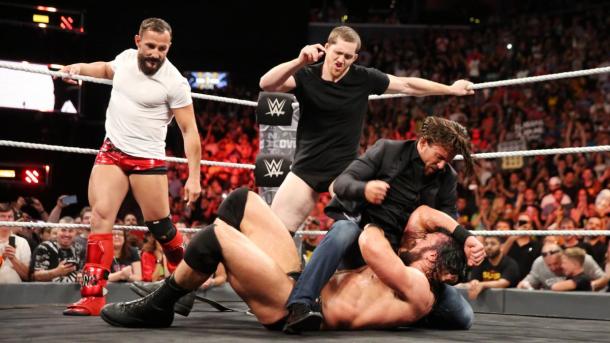 The most recent TakeOver Brooklyn III, laid the benchmark for SummerSlam weekend that by standards, WWE's main roster failed to reach.

With outstanding matches including; Aleister Black vs Hideo Itami, Andrade 'Cien' Almas vs Johnny Gargano, Sanity vs Authors of Pain, Asuka vs Ember Moon, and Drew Galloway vs Bobby Roode.

The bouts contained everything professional wrestling should and highlighted just what NXT is capable off on the grand stage, but despite this, and with rumours of departures, there were whispers, doubts of the company's future.

These however, were shattered come the end of the night at the Baclays Center as a new trio of dominance showed their face with former three-time Ring of Honor World Champion Adam Cole linking up with Kyle O'Reilly and Bobby Fish to form a powerful selection of stars moving forward.

Despite this, it was the women's division receiving the most negative opinions, as just a few days later, Asuka was forced to relinquish her championship due to injury and to "pursue other opportunities".

Her undefeated streak will continue onto the main roster, but her legacy has understandably left a gaping hole in the squared circle of NXT, but the shoes are not too big to fill.

With the Mae Young Classic pitting 32 of the top female wrestlers from around the world in an effort to crown a champion, there is strong talk that the winner may be a contender for the vacant NXT Women's title, with Kairi Sane the current favourite.

As their success and story will catapult them into the position of a strong champion, and with narrative often a strong foundation used in the developmental brand, they're sure to be in safe hands. 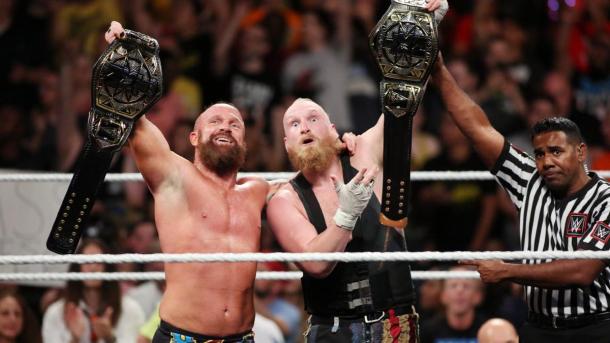 With Roode and soon to be Asuka, moving to the main roster, the gaps in Orlando are still in the transitional phase, but with the likes of:

As well as others from the United Kingdom division such as Pete Dunne and Tyler Bate, the departure leaves barely a dent in the level of star quality in place to take the former TNA Champ's place.

What may be a worry is the calls from creative to call up the AOP, with talk of Tyler Breeze's and Fandango's much loved Fashion Files being a way of bring the super heavyweight duo a narrative call up.

With Sanity the new tag-team champions, they have just a couple of players in terms of competition including ReDragon (O'Reilly & Fish) and TM61, a duo barely seen on television duo to an injury to Shane Thorne; leaving the tag-team division rather bare.