The most recent friendlies between the United States Women's National Team and the China PR wrapped up on Tuesday with a final game in Cleveland, Ohio. China PR has already qualified for the  2019 FIFA Women's World Cup, but the USWNT has not had a chance to qualify since the CONCACAF qualifiers will not be held until this fall. The CONCACAF’s delay may actually give the USWNT an advantage since they will have time to determine their best players for each position. These two friendlies were a good experience for the USWNT because they were able to practice for the qualifiers and get a feel for their competitors.

The USWNT struggles with inconsistency 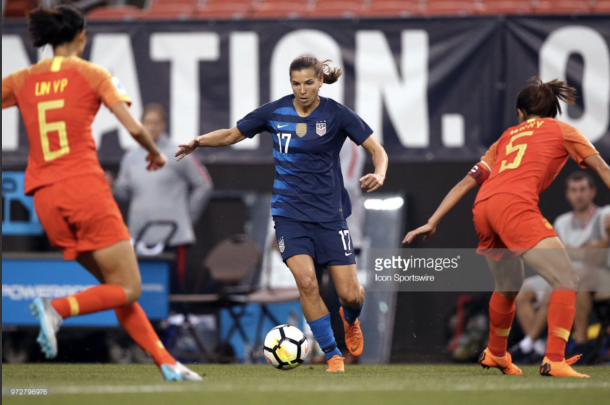 The first game was held in Sandy, Utah, home to the most recent addition to the National Women's Soccer League, Utah Royals FC. The game started out rough for the US with no runs and poor giveaways. While they were unable to create any chances for themselves, they still managed to defend against China. The US cleaned up their act by the second half and scored a goal in the 57th minute. Unfortunately, this inconsistency throughout halves continued during the second game in Ohio. Although the United States started out strong by maintaining possession and having good mobility, they fell apart during the second half. After halftime, China ceased control over the game by winning 50/50 balls, tackles, and scoring in the 72nd minute to tie the game. Fortunately, Tobin Heath came back from her injury stronger than ever and volleyed the ball over the goalie’s head, winning the game for the US. Veterans such as Heath bring a lot of leadership and skill that helps carry the team.

Trouble on the back line leaves holes for China 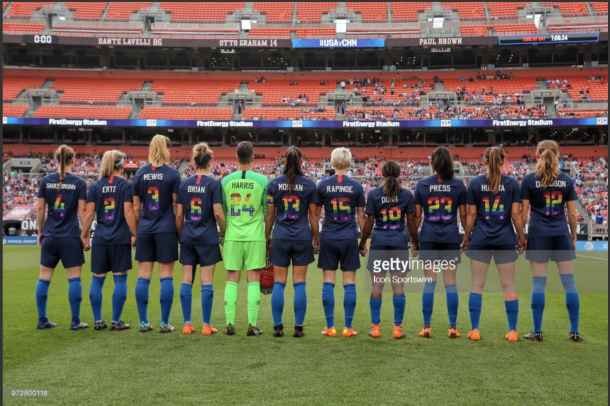 Jill Ellis has been experimenting with different lineups and has brought several young/inexperienced players into camp. While experimentation is important, Ellis needs to finalize her decision so that the players have the opportunity to learn and grow as a team. The team’s discomfort with each other was extremely noticeable throughout the game Tuesday night. Specifically, on several occasions during the game, two backs would both step or cover the same man. As a result, they left either a big gap behind the defenders or an area for the attacker to make a play. China took advantage of this fault several times, but fortunately, was only able to score off of it once. Ellis has been moving the captain’s arm band amongst the players with the most caps for each lineup, but the team is in need of a permanent leadership. With several US players still recovering from injury, Ellis still has a lot of possibilities to consider for the final roster.

So far, Australia, Chile, France, Japan, Spain, Brazil, China PR, Italy, Korea Republic, and Thailand have already qualified for the World Cup. The host country, France, was automatically qualified, while the others must earn a spot through their qualifiers. The US should expect some fierce competition in the upcoming Tournament of Nations that should set them on track with their preparations for the World Cup next year.