The men's final of the Abierto Mexicano Telcel featured the second seed, Rafael Nadal, and an unlikely opponent, unseeded, Sam Querrey. The American had an incredible run as he defeated Kyle Edmund, David Goffin, Dominic Thiem and Nick Kyrgios on his way to reach the finals.

After a week playing amazing tennis, the American didn’t let down himself as he quickly let Nadal know he was there to win the tournament.  One break in the first set gave the lead to the American, only to take the match in a tiebreak. Sam Querrey needed only one hour and 36 minutes to defeat Rafael Nadal 6-3, 7-6(3).

Last year, the American reached the semifinals of this tournament but fell into sets against the eventual champion, Dominic Thiem. This is the ninth title in Querrey’s career and his biggest title as Acapulco is a 500 event. This is the first time an American takes the title at the Mexican Open. He also ended Nadal’s winning streak of 14 matches in Mexico.

Querrey is set to be back inside the Top 30 in the ATP rankings.

Querrey stuns Nadal as he takes the opener

The American started with his signature shot, the serve. Thanks to this shot he managed to score a hold to 15. Nadal replied in style and held to 15, only for Querrey to get the second hold to love to lead 2-1. After another solid hold, Nadal was the first one to be a threat as he finally started to win points on the American’s serve, but once again Querrey used his big serve to get out of problems. Now it was the Spaniards who began playing more aggressively, he hit volley down the line and then a seal the game with a cross-court volley that leveled things to 3-3. 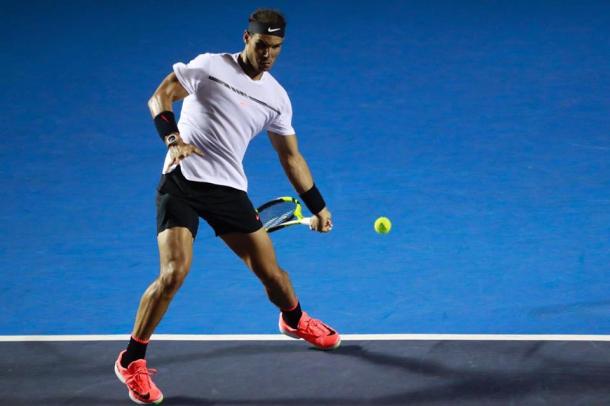 Nadal kept struggling to find a way to return the American’s serve, but when Querrey wasn’t hitting big aces he was playing aggressively from the baseline, smashing winners at fast speed. Again, Querrey closed the game with a serve to love. In the eighth game, the Spaniard began his game of serve hitting a double fault. A point later, the American got himself three break points after Nadal hit a forehand that went beyond the baseline. Querrey finished the break after hitting a short return winner, taking the Spaniard’s serve to love and now serving for the set.

Not wasting more time, Querrey had three set points and even if Nadal saved one, he wasn’t able to find a response to a crosscourt volley from Querrey that closed the set, 6-3.

Nadal had chances, but Querrey takes the match in a tiebreak

In the second set, the Spaniard started with a hold to love to open the scoreboard and lead 1-0. The American did his first double fault of the match and after some unforced errors from Querrey, Nadal got his first break point opportunity but a forehand into the net erased the chance and forced a deuce. After one more deuce, it was Querrey who got the advantage and sealed the game with an ace to level things to 1-1.

In the next game, it was Querrey who once again was close to the break but a backhand unforced error brought the game to deuce before the Spaniard claimed the game when Querrey hit another unforced error. Back on serve, Querrey didn’t face any break points as he served to love. After another exchange of holds, the scoreboard stood at 3-3. The Spaniard didn’t lose a point on his serve to close the game with a serve and lead 4-3. 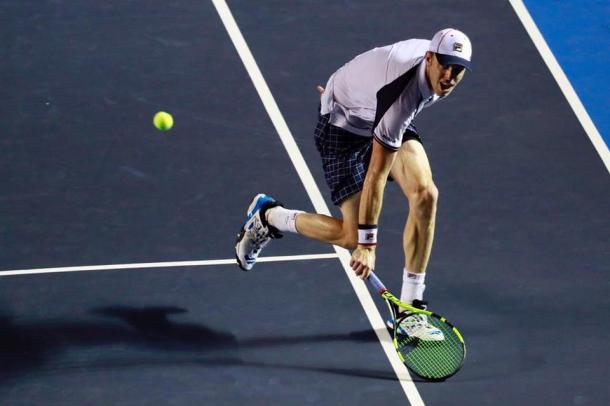 In the toughest game of the match for Querrey, he saw himself facing two break points which he eventually saved. After a prolonged rally that left Querrey unbalanced, Nadal had the chance to bring another break point but hit a wide forehand to give the American game point. However, once again Nadal would get a chance when Querrey hit a backhand into the net, but a similar mistake from the Spaniard brought the scoreboard back to deuce. This time the American hit two serves above the 200 km/h to finally hold and level things to 4-4.

Those five wasted break points didn’t have a negative effect on the Spaniard who went on to hold to be up 5-4, hoping he could find the break in the following game. But Querrey wasn’t going to give up his serve and after two exchanges of hold from both players, the set was forced to be decided in a tiebreak.

The pair held their serves for the first seven points, but a long forehand from Nadal brought the first mini break to Querrey who now led 5-3. A second unforced error when the Spaniard hit a wide backhand gave the American two championship points. Querrey hit a 215 km/h second serve that caused Nadal’s serve to land beyond the baseline and with that end the match. 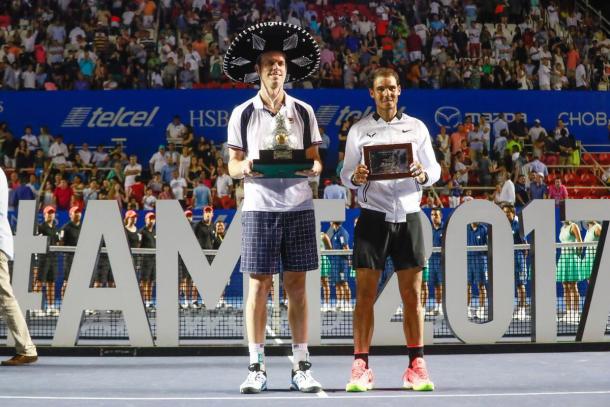 After a great week, the American said he felt “ecstatic” and that “to do it against Rafa makes it even a little sweeter.”

The American has had great results in this tournament and that’s something he knows as he declared, “It’s definitely a tournament that I’m going to remember for the rest of my life,” Querrey said. “It’s just one of those weeks where I got in the zone and everything was working for me. I hope I can have more like this.”

Querrey defeated players ranked higher than him, but he says it was after his win over David Goffin that he sensed he could do better. “After the match against Goffin, I knew I could go far here if I continued to play at that level.”

As for the runner-up, Nadal gave full credit to his opponent during his post-match press conference. “He played very well, almost reaching perfection,” Nadal said. “I played under a lot of pressure because of his serve and baseline game. He left me with very few options, and the few I had he also played good.”

In the women's final, Lesia Tsurenko outlasted the second seed, Kristina Mladenovic. It was a windy day in Acapulco and that complicated things for both players. The Ukrainian needed only two breaks to take the opening set in which the Frenchwoman struggled to win points. 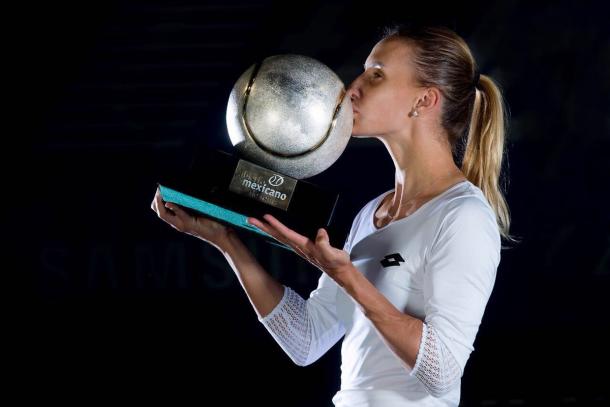 The second set was more competitive. There were eight breaks in a row until Mladenovic finally held her serve to be up 5-4, but Tsurenko did the same and leveled to 5-5. The ninth break came when Mladenovic was able to win just one point on her serve, leaving the Ukrainian to serve for the match. After one hour and 22 minutes, Lesia Tsurenko edged Kristina Mladenovic 6-1, 7-5.

In the doubles, Darija Jurak and Anastasia Rodionova defeated Veronica Cepede and Mariana Duque Marino 6-3, 6-2 to crown themselves as the champions. 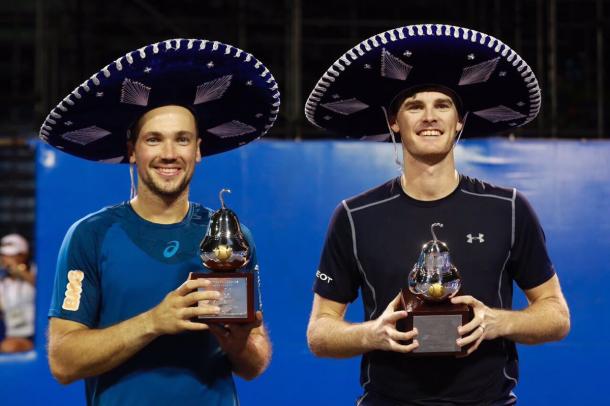 After a great week, the top seeds, Jamie Murray and Bruno Soares conquered the title after defeating Feliciano López and John Isner, 6-3, 6-3.