The 23-year-old, who is still battling to return to full fitness from a lengthy knee injury, will spend the 2016-17 Premier League campaign with the newly-promoted Clarets.

Jürgen Klopp offered the defender the opportunity to make the decision himself with Flanagan staying behind while his teammates jetted off to the United States for a pre-season tour.

After taking time to make his decision, Flanagan has chosen to move to Turf Moor on a temporary basis for regular first-team football.

He will spend the next 12 months under Sean Dyche hoping to prove to Klopp, from afar, tha he should command a place in his long-term plans.

Klopp in need of signings after Flanagan's move

Flanagan's move however leaves the Reds in need of new additions, with the Scouser capable of playing on the right or the left side of defence.

After the departure of Brad Smith to Bournemouth, midfielder James Milner has emerged as the only back-up option to Alberto Moreno at left-back.

There is also a lack of dependable cover for right-back Nathaniel Clyne with Connor Randall potentially going out on loan, Andre Wisdom's future uncertain and teenager Trent Alexander-Arnold expected to remain in Michael Beale's Under-23s.

Joe Gomez could be a useful deputy, with his ability to play across the back-four, but he is out for at least fhe first few weeks of the season with an Achilles issue having missed much of last term with a severe knee injury.

Klopp has revealed that he remains open to "one or two things" happening in the window, with full-back the obvious area of concern, but no targets have yet been mentioned.

Cameron Brannagan is also set to follow suit with Wigan Athletic thought to be close to a deal after agreeing to the mandatory 75 per-cent clause which demands a Liverpool loanee must play in a specific number of games while fit.

The versatile defender only signed a new long-term contract with Liverpool back in March, but it has been decided that playing regularly at Burnley would be better for his development than featuring erratically behind Moreno or Clyne at Anfield.

The Reds' Academy graduate, who returned after 20 months out injured in January, made eight appearances last term - including his 50th for the senior side on the final day of the season at West Bromwich Albion.

He hasn't managed to feature regularly since a stellar  2013-14 campaign, in which he played his part in the Reds' title charge and saw his popularity sky-rocket as a result of his performances.

His displays even saw him rewarded with an international debut for England and he won acclaim from famous Brazil right-back Cafu.

Flanagan, speaking to Burnley's official website after putting pen-to-paper, called himself "delighted" to have moved to East Lancashire for the forthcoming campaign, saying that he has joined "a massive club with passionate fans" and that he "can't wait to get started."

On his long-term future, he added that he's been at Liverpool for "a long time" and since the age of 10, but acknowledged that it's "time" to "get regular football" and hence called Burnley "a great option."

He described it as "good" to get back "for the second half of last season" after "a frustrating two years" out with a knee injury, calling it his "aim" to "get as many games as possible" and "get back to the fitness levels I had in 2013-14."

Flanagan said that he "needs to get back to that level" and looks forward to "getting a consistent run of games", with Burnley "the best opportunity" for him to do so.

Crystal Palace vs Burnley: A look at the Clarets' opponents4 days ago

As it happened: Burnley 1-0 Watford 7 days ago

U-turn from Mike Garlick but is it enough?8 days ago

The Remarkable Rise of Charlie Taylor8 days ago

Man City 5-0 Burnley: Mahrez and Foden at the double in demolition10 days ago

"Ashamed and Embarrassed," Was there any need for this offensive banner? 9 days ago

Aaron Lennon was a good servant for the Clarets10 days ago 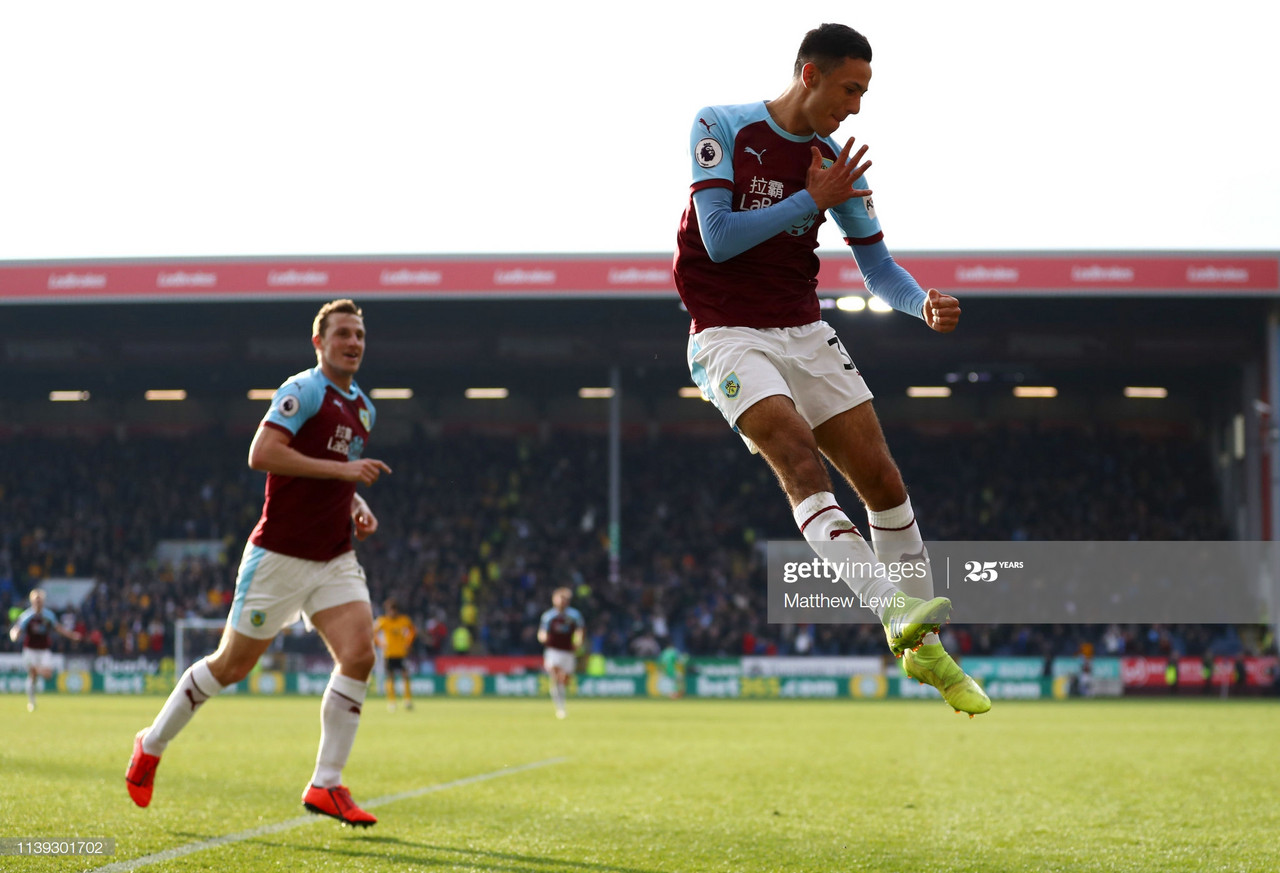 Could Dwight McNeil be on the move?13 days ago
Restore your password
Please enter your user name or email.
Login Member or Writer Panel
Enjoy your own Customized Newspaperwith VAVEL topics' carousels!