VAVEL UK's Women's Football section have been nominated in the 2020 Football Content Awards as best 'Women's Football Organisation' alongside The Guardian, The Telegraph, the BBC, GiveMeSport and WePlayStrong.

As one of six nominees, the public can now vote for VAVEL UK as their winner until midnight on Thursday 28th June 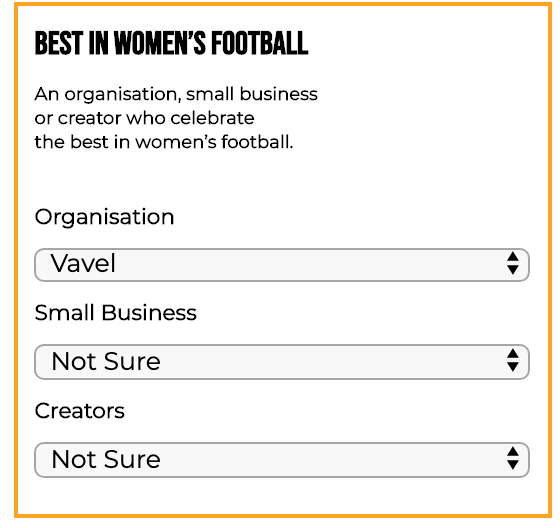 To vote for VAVEL UK on twitter, simply tweet 'I am voting for @VAVEL in @The_FCAs for #BestInWomensFootball', or use this link which will auto fill a tweet for you.

You can also vote for VAVEL UK via our own website, using the embed below

Arsenal vs Manchester City Women’s Super League preview: Team news, predicted line ups, ones to watch and how to watch 10 hours ago

Meet Mark Skinner: the new Manchester United head coach hoping to take the reds to Europe and beyond a month ago

England Women to host Northern Ireland at Wembley: How to get tickets, fixture details and more 2 months ago

Exclusive interview with Molly Holder: What is a footballer's pre-season really like? 2 months ago
//