Keane Lewis-Potter returned to the starting line-up and produced a moment of magic for the opening goal as Hull City brushed aside Accrington Stanley at the KCOM Stadium. Gavin Whyte and Josh Magennis also netted with Cameron Burgess seeing red for the visitors as the home side squandered numerous chances to extend their lead, with Wilks and Danny Crowley particularly guilty.

The home side kicked off and put the pressure on in the first few minutes, but a poor corner from Callum Elder and a last-ditch tackle on Wilks failed to see the Tigers muster a shot on goal. Wilks really should have scored after being put through by George Honeyman following a quick Hull counter attack on six minutes, but the forward blazed over the bar.

Elder and Honeyman were creating chances from set pieces, but Elder's effort on 15 minutes went harmlessly over the bar with no big chances for either side. George Long almost put Lewis-Potter through soon after, but his touch was just too heavy and the chance was gone. Neither side could really carve out any opportunities as the 25 minute mark passed.

Great play from Wilks released Lewis-Potter who crossed for Greg Docherty, but his shot was blocked and deflected off him for a goal kick on 27 minutes. Sean McCoville then picked up a deserved yellow for a cynical trip on Honeyman, but the free kick was wasted as Richie Smallwood chose to go short. On 34 minutes Hull had a claim for handball waved away as they tried to find their way through a stubborn Accrington defense.

The deadlock was broken on 36 minutes. Great skill from Lewis-Potter saw him poke the ball through to Wilks, who made no mistake from eight yards out to put Hull City ahead. It should have been two minutes later as Wilks had a shooting opportunity from a corner, but it went straight at Nathan Baxter in the Accrington goal. Wilks was brought down as he raced through on goal on 41 minutes but the referee waved played on, much to Grant McCann's protests. Neither side had any other chances as the half time whistle brought an end to the first period.

There were no changes for either side as the second half began, and it was Hull who had the first opportunity from a corner. After the first attempt was cleared, Honeyman fired just wide as Hull looked to add a second. Jacob Greaves really should have scored after Elder crossed for him with Hull really knocking at the door at the start of the second half with only three minutes of it gone.

It was 2-0 on 55 minutes. A ball in behind found Wilks, who was one-on-one with Baxter. The keeper made the save, but it fell to Gavin Whyte who made no mistake from ten yards for his first Hull City goal. Honeyman was booked straight after the kick off and Accrington put the pressure on, winning a corner off Elder. Long was equal to it however, and claimed the cross easily. The away side put the pressure on for the first time in the game with successive corners, claiming for every possible infringement loudly as they desperately tried to find a way back into the game.

Wilks had a shot blocked that went out for a corner on 63 minutes before Honeyman won a free kick near the corner flag soon after. What followed was madness from Cameron Burgess, who man-handled Greaves. The penalty was given and converted by Josh Magennis who had only just been subbed on. He scored Hull City's first penalty given in the league this season to make it 3-0 and Burgess was show a red. Despite his remonstrations, Accrington manager John Coleman should have had no complaints at the denial of a goal-scoring opportunity.

Now down to ten men, Accrington were still wanting to push forward and Hull had numerous chances to increase their lead going into the final stages of the game. Wilks, Magannis and Crowley all had efforts as Hull tried to turn the screw with the extra man. Jordan Flores and Regan Slater also entered the fray, replacing Smallwood and Honeyman respectively.

Crowley really should have made it four after a good interception from Elder with only eight minutes remaining, with the on-loan Birmingham City midfielder in the thick of the action in midfield. Wilks then blazed over the bar as yet another opportunity went begging, and the score finished 3-0 in an extremely entertaining game to see Hull City go top of Sky Bet League One.

At 0-0 with ten minutes until half time, Lewis-Potter received the ball on the left before drifting inside and doing a roulette turn before assisting Mallik Wilks for the opening goal. The long stand-off over his contract now over, Lewis-Potter proved why he should be starting for his hometown team. Hull could - and should - have had far more against Accrington, with chance after chance going begging for Grant McCann's side. Their finishing - particularly that of Mallik Wilks - was the only thing McCann will demand improvement on if they are to cement a place in the top two come the end of the season.

Accrington battle but come up short

Accrington pressed and hassled the homeside throughout, but didn't carve out any clear cut chances to get on the scoresheet. The dismissal of Burgess could have signalled a cricket score, but a combination of Nathan Baxter in goal and poor finishing saw Coleman's side avoid a heavy defeat. Despite a lot of endeavour going forward their defending left a lot to be desired and their good run very much comes to an end.

Keane Lewis-Potter will get the headlines for his assist for the first goal, and rightly so. Mallik Wilks scored one chance but could have had at least a hat-trick, with good performances from the home side all over the park. With Portsmouth at the weekend and Accrington again next Tuesday, Grant McCann will be desperate his side's excellent play get the amount of goals they deserve. 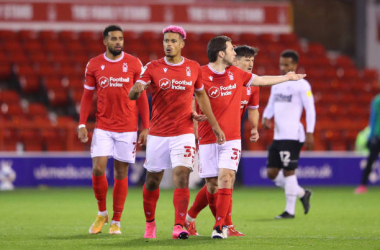 Derby County vs Nottingham Forest preview: How to watch, kick-off time, predicted lineups and ones to watch 8 minutes ago

The Warmdown : Aubameyang leads comeback as Arsenal progress to the last 16 3 hours ago 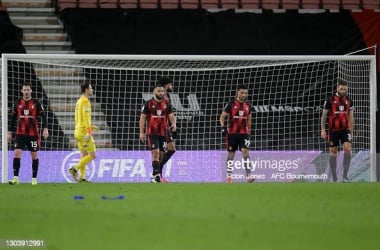 AFC Bournemouth vs Watford preview: How to watch, kick-off time, team news, predicted lineups and ones to watch&nbsp; 5 minutes ago

The Warmdown: Vocal Henderson commands Manchester United into Europa League Round of 16 19 hours ago 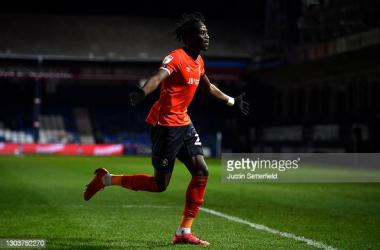 Luton Town vs Sheffield Wednesday preview: How to watch, kick-off time, team news, predicted lineups and ones to watch&nbsp; 14 minutes ago
//