Ollie Tanner has described his move to Cardiff City as 'perfect' having left Sussex non-league side Lewes FC.

The 20-year old hit the headlines in January after he failed to agree personal terms on a deal with Tottenham Hotspur.

And despite attracting interest from further Premier League clubs, the winger has opted for a move to the Cardiff City Stadium.

The Bluebirds invited him for a trial period which has ultimately been successful and following a medical on Tuesday, the player put pen to paper on a two-year deal with City.

It is understood Tanner, for whom Cardiff are believed to have paid £40,000, is indeed a signing for the first team and not for the under-23s.

'I can't wait to get going'

“I’m very excited. It’s a massive club, and I can’t wait to get going," he told the club's official website.

"There were a lot of young boys last season who got a good chance here, and it appealed to me massively.

“The manager really sold it to me, and I thought it would be perfect. It’s good as a young player, because you’re always looking for a chance.

“I’m a fast, powerful winger. I like to score goals and get assists."

Cardiff were linked with Tanner at the back end of the January transfer window, but so, too, were Southampton, Luton, Watford, Brighton and, most notably, Spurs.

The forward, who can operate on either wing as well as in the No.10 position, had the opportunity to sign for Tottenham in January but rejected the north London club. 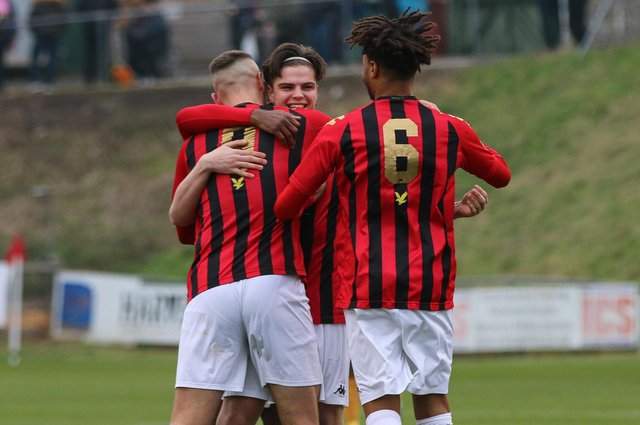 In a statement, Tanner's club wrote at the time: "Lewes Football Club would like to confirm that whilst the club and a Premier League club agreed a deal in principle for the transfer of Ollie Tanner, Ollie and the Premier League club were not ultimately able to agree personal terms and he remains a Lewes FC player."

Tanner was on the books of Arsenal as a youngster before he made the move to Bromley in 2018. After rejecting the Premier League side, he played out the rest of the season with Lewes, who just missed out on a play-off spot in the Isthmian League Premier Division.

And whilst the step up five divisions will be a difficult one, his potential has certainly excited some major clubs in both the Championship and Premier League.

'We'll nurture him and manage him right'

Cardiff boss Steve Morison told the club's website: “When his move fell through with Tottenham, we were all over it. We monitored him for the rest of the season, and he did really well.

“Again, he wants to be a part of it. That’s what we want; we want people who want to be here, so we’re giving him a platform to build on and it’s up to him to take the opportunity now.

“He comes in as his first experience of full-time football, but we’ll nurture him and manage him right.”

It is not inaccurate to say Tanner was one of the most sought-after teenagers in England over the last five months. Indeed, just days before he put pen to paper on his Bluebirds deal, Lewes boss Tony Russell revealed another club came in and tried to hijack the move.

'We probably had 15 clubs every week watching him'

"He had a three-year Premier League contract on the table (in January)," explained Russell.

"Bear in mind he had nothing else at that stage. He chose to stay (at Lewes). Loads of clubs wanted him to go into training but he kept saying 'No thank you'.

"You name it, we had everyone, League Two, League One, a lot of Championship clubs, three Premier League clubs inviting him in.

"We probably had 15 clubs every week watching him. It was ridiculous. Everyone wanted him in. There was a Premier League club driving us mad about him going there.

"Even when he came back from Cardiff they were ringing me up and saying, 'I've heard he's with Cardiff, we want him in!' A Premier League club!

"I told Ollie a Premier League club had come in and he was like 'No. No.' He had so many options. I don't think people realise, everyone sees his skill and his goals, but he has got an elite mindset for a young person, he was 20 last Friday."

Nottingham Forest 2021/22 season review: From bottom of the league to the Premier League 22 days ago

The Warmdown: Nottingham Forest are Premier League a month ago

Where should Coventry City look to improve next season? a month ago

Nottingham Forest vs Huddersfield Town preview: How to watch, kick-off time, team news, predicted lineups and ones to watch a month ago

Ranked: The top 50 Championship signings of the season a month ago

The Warmdown: Nottingham Forest are going to Wembley a month ago
//