The neutral's teeth glistened in the Brazilian sunlight as their smiles stretched across their faces as they gathered on the Copa Cabana beach to look Colombia's enthralling matches in the fan park.

No other team matched the potent Colombian attack in terms of pleasurable looking throughout the entire tournament.

From the opener against Greece where James Rodriguez gave a glimpse of his magic to the quarter final against the hosts where Hames gave his final, brilliant bow, Colombia entertained.

It seems like months ago that Pablo Armero scored the first of Colombia's thirteen goals in Brazil. His scruffy shot somehow finding its way into the net gave Colombia the lead and from then on they relentlessly attacked a resolute Greek defence. The same defence only conceded 5 goals in their four games and Colombia were the only team who managed to score more than 2 against them.

It was an impressive start to their first World Cup in 16 years. The entire team shone out far greater than expected. Even the defence impressed despite pre-tournament doubts. Armero opened the scoring at left-back and from then on they were full of confidence and exerted that during the game leaving Greece with no chance of getting through to David Ospina.

James Rodriguez gave a slight glimpse of his magic, as did Juan Cuadrado. However, the biggest boost for Colombia was the injured Falcao's replacement Teo Gutierrez netting just before sixty minutes. A heavy burden lifted off all the players shoulders who were left without their so-called main man due to a knee injury suffered months with Monaco.

A close three goal game sent Colombia through to the Round of 16 in just two matches. After a tight first half, Rodriguez sent Colombia in front with a brilliant header. Some would say he rose like a salmon but a more fitting comparison would be to a hang glider. A beautiful demonstration of aerial ability not often seen from the Monaco man gave Colombia the lead and his second goal in two games.

Celebrations were put on hold for a small while as Gervinho scored a stunning individual goal but Colombia saw it out despite many a scare and reached the six point mark in Group C, reaching the knouckout stage in the World Cup for the first time since 1990.

Once more, Colombia played some exhilarating football that attracted more and more compliments from the European media, with Hames and Cuadrado standing out for a second time.

Colombia secured top place in Group C with an emphatic victory over Japan, setting them up to face Uruguay in the last sixteen. 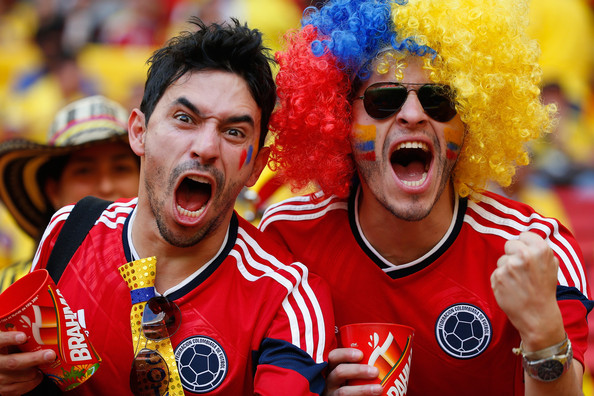 Japan required a win to stand any chance of progressing into the Round of 16 but Yasuyuki Konno's foul on Adrian Ramos gave Juan Cuadrado the chance to put Colombian in front early on and did so cooly from the penalty spot.

Shinji Okazaki steered his header past Opsina well, leaving the Nice keeper fetching the ball out of his net for only the second time during the Group Stage. The early lead had slipped for Colombia as they looked slightly complacent after Cuadrado's first goal in Brazil. The defence seen as unreliable faltered for the first time, letting the ball sail over to Okazaki who got infront of his marker.

Jackson Martinez, who had been dropped for unknown reasons for the opening two matches, returned Colombia's lead, driving low to finally score for Colombia after a five year gap. It was another superb goal, Rodriguez involved once more, laying it off for Martinez who struck it well past the keeper.

Martinez doubled his tally with another goal to secure the three points with just under ten minutes left. After a chance which should have been converted by Keisuke Honda, Rodriguez broke quickly and played a fantastic ball into Martinez' path, who cut inside and struck it past Ka washima once more.

Colombia would go on to make many more records, as did Rodriguez but perhaps the most memorable one will be the introduction of Faryd Mondragon, who made his first competitive international appearance for 9 years. Mondragon celebrated his birthday just days before, that was his 43rd birthday, making him the oldest player to ever feature in a World Cup game, eclipsing Roger Milla.

If some were not gawping in awe at Rodriguez' exquisite shimmy and chip against Japan, they fainted in shock at his goal of the tournament goal against Uruguay.

For the first time in Brazil, Colombia faced a challenge that they maybe weren't seen as clear favourites. Luis Suarez deprived Uruguay weren't happy about the 9 match international ban for the fan favourite and that seemed to rub off on their performance.

While Suarez looked on in the Maracana, Rodriguez kept on going and kept on scoring.

Rodriguez stunned the famous stadium as he opened the scoring just before half time. While the BBC commentary team could only manage the words 'moment of magic' and 'pure genius', Colombian commentators screamed in classic South American style for the goul of the tournament.

Rodriguez managed to look over his shoulder just before he cushioned the ball on his chest 20 yards from goal, an awareness that separates the games best and the games greatest. After cushioning the headed ball on his chest he turned and struck with his Messi-like magic left foot. A simply stunning goal that could not be matched by van Persie, Messi, Neymar, Robben or anyone else in the tournament.

The sublime goal didn't end Uruguay's challenge though and they kept coming and going, with Colombia mounting their now famous counter attacks at any chance possible. Rodriguez doubled his and Colombia's tally with another beautiful goal.

This time, it wasn't a piece of magnificent individualism but a staggering team goal. Pablo Armero put in a deep cross for Juan Cuadrado who showed brilliance and selfless ness to head it back towards Rodriguez who calmly finished an outstanding move.

To the disappointment of many in Brazil and around the globe, Colombia's run in Brazil came to a halt against the hosts.

Captain Thiago Silva sent Brazil one nil up early on and their route to the semi final was looking comfortable enough for Big Phil's men as David Luiz doubled the lead with a powerful costless kick that Ospina was getting no where near. The first goal gave Scolari the opportunity to push Colombian into uncertain waters early on, exactly as he had wanted to do and it was all down to a defensive lapse from Carlos Sanchez.

Colombia looked unimpressive for the first time in Brazil. Jose Pekerman's side responded to being underdogs by scaring themselves into defence. There was little attacking from the side who had represented themselves as fearless in their first four games.

Cuadrado and Rodriguez both posed threats on goal, Cuadrado coming inches away from twenty yards out but neither could give Tricolour a lifeline.

Rodriguez wasn't the subject of a special plan according to Scolari but he was certainly the target of strong challenges. After numerous challenges that were awarded as costless-kicks but no yellow cards shown, it was he who was booked for a challenge which was fair in everyone's eyes except the referee it seemed. Twitter was loaded with tweets of the unfairness and social media simply exploded as Luiz virtually sent Brazil through to the last four with a powerful costless kick that left Ospina's hand scraping at air.

Colombia's main men were undeterred by the disadvantage and the new World Cup star, Hames, kept on going despite the constant fouls he suffered. It came to avail as Colombia recieved a glimmer of hope and set up a tense and exciting ending to a passionate game.

Carlos Bacca was tipped over by Julio Cesar following a Rodriguez through ball and with a cricket resting on his arm, getting the perfect view, he slotted the penalty away perfectly. It spoke volumes that his celebration seemed more enthusiastic than Colombia's overall first half performance.

Colombia threw all they could to level the game and send it in to extra time but the constant barrage of attacks couldn't once get past Julio Cesar and his defence and Brazil held on, just.

Perhaps the biggest talking point of the game for most was the injury to Neymar caused by Zuniga. That injury would keep him out of the semi-final against Germany for Brazil, and that did not go well at all.

While the end of the game continued from Colombia's previous matches, the majority of it saw a Colombia side faced against one of the big nations and timid, too worried of the consequences of attacking to the extent of before.

It was a fantastic performance from a Jose Pekerman's Colombian side and will be remembered for many years to come as one of the best teams to play in Brazil 2014.

James Rodriguez was utterly brilliant throughout all five pf his games, and despite he and his teams exit in the quarter-finals, he won the Golden Boot ahead of Neymar, Messi, van Persie and others. He surprisingly missed out on the Golden Ball, which was controversially awarded to Lionel Messi.

All in all for Colombia it was a tournament to remember after sixteen years of darkness and they were my highlight for the Brazilian World Cup and many others would agree with me on that front. 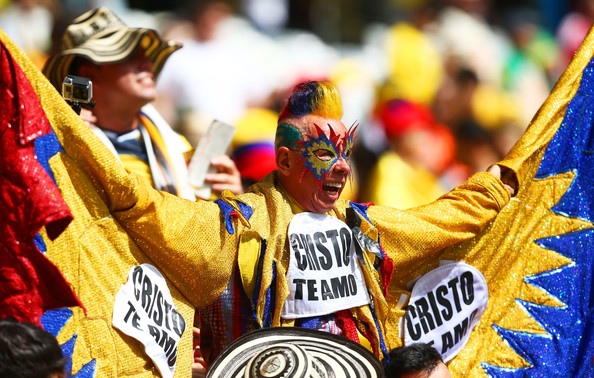 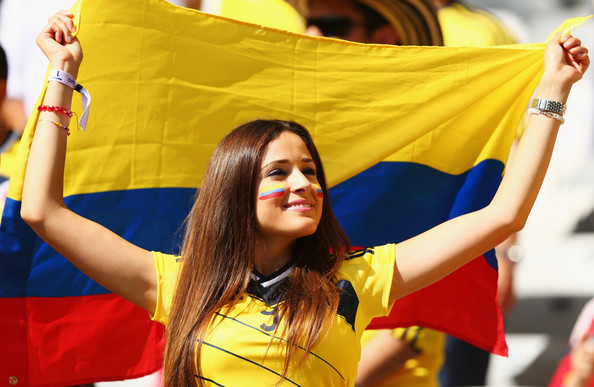