"This is a difficult situation" proclaimed Didier Deschamps ahead of Marseille’s crucial encounter with Lorient in 2010. Then manager of the former, the 47-year-old continued to tell L'Equipe that those associated with the club did not “need to be friends to work together in the best interest of Marseille” before alluding to the clear tension surrounding the Stade Velodrome at the time.

Ligue 1 champions the season before, the most successful team in French football endured a difficult summer that proved to hinder the defense of their title. Captain Mamadou Niang was reluctantly sold to Fenerbahce while Hatem Ben Arfa was in the process of forcing a permanent transfer to Newcastle United. These high profile departures were further exacerbated by two successive defeats, Caen on the opening day and a narrow loss away to Valenciennes, alongside injuries sustained by a host of defenders.

Despite a victory in the aforementioned Lorient meeting, two further draws with Bordeaux and Monaco left Les Phoceens languishing in the bottom half of the table. By the beginning of the customary winter break however, Deschamps’ men were fifth in the league standings and also overturned a desperate start to their Champions League campaign to advance to the knock-out stages. Lille, harbouring the likes of Eden Hazard and Gervinho within their ranks, ultimately ran away with the title in 2011 but Marseille had managed to recover from their notably slow start to finish second.

The Southern outfit will be hoping to replicate the successes of that particular season, with the club arguably in a more perilous position.

The departures of Dimitri Payet, Andre Ayew and Florian Thauvin might just have contributed to the “inconsistency” former boss Marcelo Bielsa sited as his reason for resigning following a defeat to Caen. Drawing parallels to the opening day five years ago, an ineffable 35-yard strike from debutant Andy Delort sent ‘El Loco’ down the tunnel under jeers from the home fans. President Vincent Labrune proclaimed that the decision taken by Bielsa had “left the club in some difficulty” and subsequently took him eight days to find his successor. 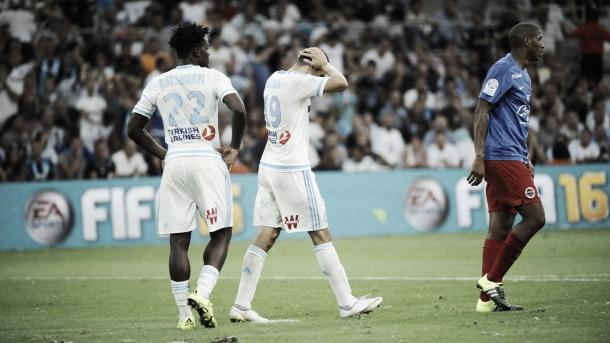 Although Michel’s reign started incredibly well with a 6-0 triumph over seemingly condemned Troyes, inconsistency followed. One further win in domestic competition left them dangerously close to the bottom three after the 10th gameweek while two consecutive defeats in the Europa League also threatened expulsion from the tournament.

Marseille are now unbeaten in five outings since their defeat to an impressive Nice side last month, climbing up to ninth following a recent draw with Montpellier, and will qualify for the Round of 32 if they can inflict revenge upon Slovan Liberec in the Europa League. Their current run of form now sees them five points adrift of a European place in a tightly contested Ligue 1, so what are the club’s chances of a top four finish?

Twice coming from behind to obtain a point was perhaps not the performance Michel was expecting when a lowly Montpellier made the short journey east on Saturday evening. Two goals from Casimir Ninga earned the visitors a point, further increasing his goal tally following a brace against Lyon a week earlier, despite strikes from Remy Cabella and Bouna Sarr respectively.

Although Karim Rekik gifted Ninga with his second of the match, disastrous results at the Stade Velodrome have been no fluke. Marseille have won just twice at home, triumphing over relegation candidates Troyes and Bastia in the first five weeks of the current campaign, with only Rennes and basement club Troyes attaining less points at home than Les Olympiens. Now winless at the 67,394 capacity ground in six attempts, they must produce the same level of consistency and superb defensive performances that have seen the club conceed just seven goals whilst on the road. 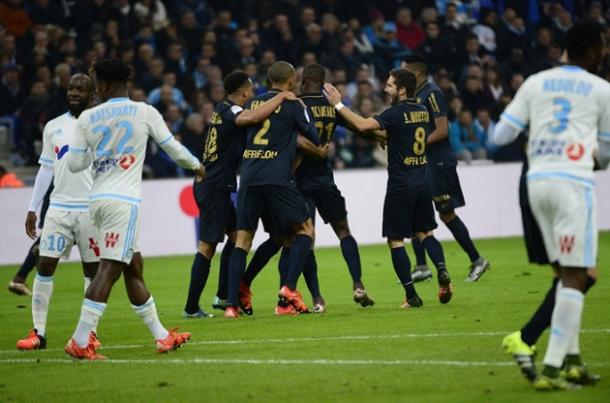 Potential rivals for the European spots such as Saint-Etienne and Caen hold tremendous home records, with both managing to grind out results in front of their own fans. Marseille must stop conceding substandard goals to attain a similar record over the coming months and, with GFC Ajaccio, Guingamp and Lille the next three to visit, it could be the perfect opportunity to make the Velodrome a fortress once more.

With OM faltering in defense and failing to win at home, it seems almost implausible to find the club just trailing fourth placed Monaco by five points behind.

Marseille might have experienced a problematic start but their rivals are yet to find consistency themselves. Those who finished in or surrounding the European spots in May have all, barring Monaco, recorded less points than at this stage last year. After a strong 2014/16 season Lyon’s form has been indifferent despite retaining their brightest stars, Monaco’s exceptional defensive record of the previous campaign has eluded them while Christophe Galtier’s Saint-Etienne have suffered with injuries and summer departures.

While the likes of Bordeaux, Montpellier and Lille have failed to capitalise, surprise packages Angers and Caen are currently upsetting those at the summit of Ligue 1. The former were promoted from the second division for the first time since 1993 and have taken the league by storm. Les Scoistes are yet to fade away after their fantastic start though and are now unbeaten in their last four, obtaining impressive points against PSG and Lyon.

In similar fashion to Leicester City, Caen are also enjoying a successful season following survival a few months before. Veterans Remy Vercoutre, Julien Feret and Nicolas Seube all flourished during the club’s remarkable rise up the table despite Andy Delort grabbing many of the headlines. The duo, although might not be tried and tested, will provide stern tests for those competing for Europe with others failing to find form.

Difficult fixtures for the top sides, with Monaco, Saint-Etienne and Angers all playing one another in the next fortnight, should give Marseille the chance to exploit. GFC Ajaccio and Bordeaux are on the agenda for Michel’s men before the winter break takes place and, providing leaders PSG dismiss Lyon and Caen, Marseille could be in a strong position by January.

Star men have to keep shining

In spite of their rather average campaign thus far, there are a plethora of players within the squad that have shone under Michel during this difficult period.

The goalscoring exploits of Michy Batshuayi have rightly been the focus in southern France as the former Standard Liege man has netted on 10 separate occasions whilst on domestic duties. His performances have been vital to Marseille this season, with the club losing just twice when their star marksman has scored, and will be desperate for the 22-year-old to maintain this enthralling run in the final months of the campaign. Manager Michel will be even more desperate for owner Margarita Louis-Dreyfus to retain the services of the Belgium international, with an abundance of top European clubs after his services. 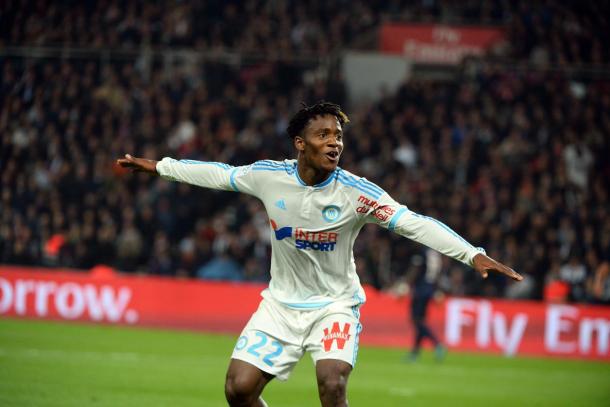 Batshuayi has netted just over one-third of the club’s league goals this season, having already bettered his goal tally of the year before, but was responsible for just over half of them just three games ago. The likes of Remy Cabella, Georges-Kevin N'Koudou and Romain Alessandrini have all helped ship the goalscoring responsibilities off their Belgian counterpart in recent weeks. The former is seemingly starting to show why Newcastle United spent £8m on the midfielder last season, scoring the winner against Rennes before netting against his former side on Saturday, while the pace of the latter two is providing opportunities for both themselves and others.

Goalkeeper and club captain Steve Mandanda has come to the fore of late, producing some stunning saves against Saint-Etienne, Rennes and Montpellier as Marseille remain unbeaten. Despite their defensive frailties L’OM look a much better side with Nicolas N’Koulou and Lassana Diarra in the starting line-up, with the latter’s return to prominence well documented, and could find further security if France under-21 international Stephane Sparagna is given a chance at centre-back.

The race for the coveted European spots always appears to be an open affair, with both Europa League and Champions League places usually still uncemented on the final day, and inconsistency will play a large part in the most open Ligue 1 season in recent times.

With the players at the Velodrome finally beginning to gel and show signs of respectable form, Marseille could pounce on the teams above. The squad certainly harbours a large degree of quality but will require their star men to continue displaying their fine form if they are to finish within the top four at the end of the season.

Bundesliga Matchday 24: Three things to look out for 19 hours ago

Jahn Regensburg vs Werder Bremen: How to watch, kick off time, team news, predicted lineups, and ones to watch 4 days ago

RB Leipzig vs Borussia Monchengladbach match preview: How to watch, kick-off time, team news, predicted lineups and ones to watch 7 days ago

Bundesliga Matchday 23: Three things to look out for&nbsp; 8 days ago

Werder Bremen vs Eintracht Frankfurt: How to watch, kick off time, team news, predicted lineups, and ones to watch 8 days ago

Arsenal v SL Benfica: How to watch, Kick- off time, team news, predicted line-up and ones to watch.&nbsp; 8 days ago
//