Kurt Angle's return to WWE in 2017 was one of the most deserved and popular of recent times and the face of the 48-year-old is going to be seen on more than just Monday Night Raw.

Following Seth Rollins' announcement as the cover star of WWE 2K18, the red brand's General Manager the advertisement for the video game is set to continue over the coming weeks but the inclusion of the former Impact Wrestling man is a great start. 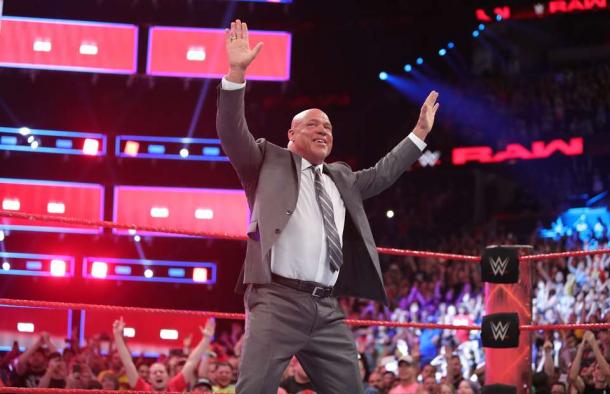 There was a time when many thought it was likely that Angle would not return to the WWE brand but his monumental return to Raw the night after WrestleMania put to bed years of speculation.

An inclusion into the Hall of Fame two days before the Grandest Stage of Them All would have been enough for many fans of the veteran but in the General Manager position he has been a slight improvement on the man he replaced - Mick Foley.

The company have placed a halt on Angle putting on his singlet, for now, but the fact that he is included in the latest edition of the 2K franchise is a good sign with it being his first inclusion in a WWE game since SmackDown vs. Raw 2006.

It's damn true! Your Olympic Hero is the pre order bonus for WWE 2K18!! #ImBack pic.twitter.com/bHL7h767yH

In the past WWE has included the likes of Arnold Schwarzenegger's The Terminator, former Universal Champion Goldberg and The Ultimate Warrior as pre order bonuses showing that Angle has just a very exclusive list of legends. 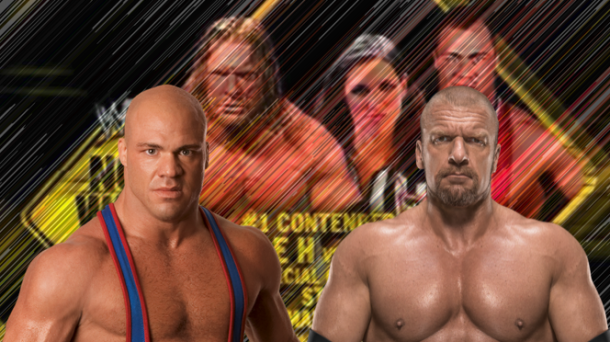 While he remains in a suit for the time being, its believed that WWE officials are going to allow him to get back into the squared circle with an old foe set to be his opponent.

Triple H is a man who has wandered into main event calibre matches during WrestleMania season with Undertaker, Sting, Roman Reigns and Seth Rollins on his resume.

The Game who had a notable feud with Angle during the early 2000's is rumoured to be Angle's opponent when he next sets foot into the ring which is set to be at the Showcase of the Immortals in 2018 in New Orleans.