Kante’s rise to the elite

This season, Kante was a relative unknown to most in the footballing universe and moved to the Foxes from SM Caen for £5.6m. However, he’s made his mark for the league leaders this season, totalling 108 tackles in 33 games this season. He’s also made 134 interceptions this season.

Jamaican Wes Morgan is the lone defender from Leicester in the PFA Team of the Year. This season, he’s been key for holding down the defensive fort for the Foxes. He has 195 clearances and 35 blocks this season, as well as 14 clean sheets to his name this season. Him and his centre-back partner, Robert Huth, have been massive for the Foxes this season.

Mahrez Mania and the Vardy Party

Riyad Mahrez and Jamie Vardy have been true revelations for the Foxes this season. This season alone, these two have combined 38 goals and 17 assists this season. Earlier this season, Vardy became one of five players to win the Barclays Premier League of the Month award in consecutive months.

He then followed that up by breaking Ruud van Nistelrooy’s record for most consecutive matches scored in, breaking that record against the Dutchman’s former side, Manchester United. Vardy is second in the league in goals scored behind Tottenham’s Harry Kane.

Skillful midfielder Riyad Mahrez has been just as important this season for the Foxes. Whenever Vardy was unable to score, the Algerian stepped up to the plate to deliver the crucial goals or assists for Leicester. Due to his age and phenomenal season, Mahrez’s transfer fee has risen to upwards of £30m pounds, making him on of Europe’s hot commodities.

Manchester United vs Leicester City preview: How to watch, kick-off time, team news, predicted lineups and ones to watch 14 hours ago

The Warmdown: Newcastle stun Leicester at King Power 3 days ago 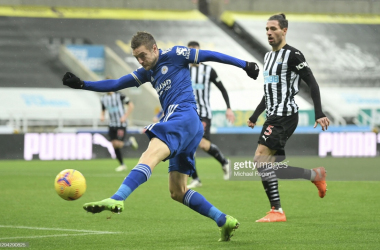 Analysis: Leicester should be wary of Newcastle's threat 5 days ago 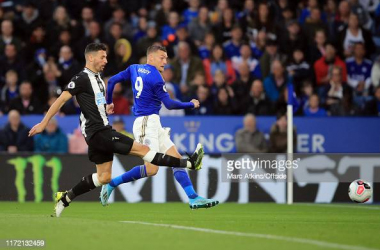