Week 11 saw more points at the top end of the WSL 1 table and more misery for clubs at the bottom end.

Welsh international Natasha Harding’s 25 yard second-half was enough to settle the game when the attacker launched her spectacular effort three minutes after the break. In a match many expected to go only one way the result doesn’t come as a surprise but the much improved performance from the Belles would leave many surprised. Since their promotion Doncaster have struggled to acclimatise to life in the top flight, but they pushed Liverpool every step of the way in Widnes and will go into a crunch game against Reading full of confidence.

Once again, victory didn’t come easily for the Sky Blues against the Royals with the regimented defence stubbornly refusing the hosts all throughout the first-half, as they had when the two met earlier in the month. Just like in their first meeting of the year, the Citizens took the lead through a timely header as Jennifer Beattie rose highest to nod a Toni Duggan free kick past Mary Earps and into the back of the net. Steph Houghton added a late second with a trademark direct free kick to keep City’s goal difference looking exceedingly heathy.

Left frustrated and a little adrift after their first league meeting with Birmingham last month, Chelsea travelled to Solihull with just one thing on their mind; goals. It didn’t take long for Chelsea to breach Ann-Katrin Berger’s goal with former City player Eni Aluko opening the scoring with a low drive from outside the box just three minutes into the game. Another former Birmingham star, Karen Carney was on hand and unmarked to double the advantage two minutes later, nodding in Claire Rafferty’s cross. Two more quick fire goals from the visitors just after the half-way mark sealed the tie before the half hour. First Gemma Davison rounded off a quick move between Katie Chapman and Carney before Ji So-Yun followed up an Aluko effort. The scoreline was a shock for all Birmingham fans who’d seen their team concede just three goals in their last 12 games, the result a devastating reminder of just what the Chelsea attack is capable of – even against the most stubborn of defences. 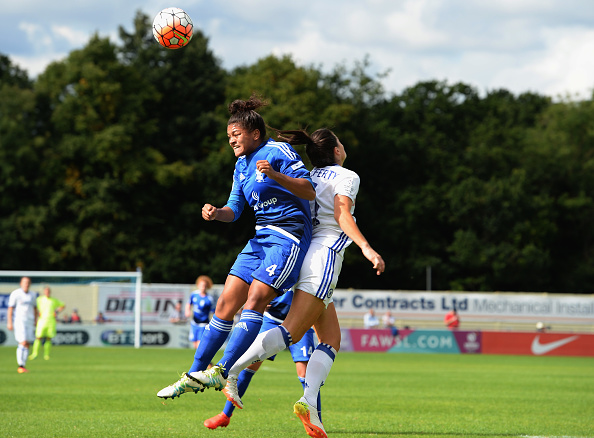 In their sixth meeting in 13 months, Arsenal were looking to continue their fine record against a Notts side that had struggled to find their best form this year. After a frustrating first-half Asisat Oshoala opened the scoring seconds after the break, pouncing on a poor pass to round Megan Walsh and roll the ball into the open net. Reduced to ten just after the hour when Emma Byrne was shown red for taking Ellen White down outside the area, Arsenal battled on and added a second as Walsh bundled the ball home at a corner. Both sides had their chances throughout but struggled to add anything more to the scoreline.

"We need to be better in key moments." - Olli Harder after West Ham's draw against Birmingham City 7 days ago

Aston Villa Women vs Arsenal preview: How to watch, team news and ones to watch 20 days ago

Singapore Women vs Indonesia Women preview, prediction and more a month ago

Arsenal vs Manchester City Women’s Super League preview: Team news, predicted line ups, ones to watch and how to watch a month ago