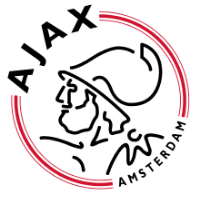 Liverpool progressed to the last 16 of the UEFA Champions League for the fourth consecutive year with a 1-0 victory over Ajax.

Curtis Jones separated the sides just shy of the hour mark after a goalkeeping error from Andre Onana.

The matchup of two of European heavyweights lived up to the billing, both sides trading blow for blow in a fascinating spectacle for any viewer.

Jurgen Klopp's faith in youngsters proved the difference after all, which consequentially means the Dutch outfit will now lock horns with Atalanta next week in a bid to make it out of the group stages themselves.

The game opened in brisk fashion, both sides displaying their intent on scoring early with so much to play for (Ajax started the night level on points with Atalanta, and two points behind the hosts).

Curtis Jones had two good chances, the second of which thundered against the right-sided upright and left Andre Onana flat-footed.

Perr Schuurs, the young Dutch centre-back touted as a solution to Liverpool's ongoing injury crisis, left much to be desired after being caught out of position twice while trying to move up the field with the ball, escaping with yellow as Sadio Mane threatened to race through.

The space in behind left by the likes of Schuurs was key to the pacy, open proceedings, with a poor touch from Diogo Jota putting a halt to a promising counter-attack.

Neco Williams pulled off a carbon copy of Trent Alexander-Arnold's crossfield ball against Midtjylland earlier on in the group stage, but there were few signs of the Welshman possessing any composure of his positional counterpart in the first half at least.

On the corresponding defensive flank, Jurgen Klopp thought he had another injury to add to the list, but concerns regarding Andy Robertson's foot were misconstrued.

Ajax's quick passing, particularly from Dusan Tadic and David Neres on the left side, eventually found Noussair Mazraoui, who tested the young Caoimhin Kelleher between the sticks with a stinging effort.

The game ever so slightly quietened down, but if the first half-hour or so were anything to go by, both teams are more than capable to threaten each other's brittle back lines.

The positive play did continue into the second period, particularly for the Amsterdam outfit. Davy Klaassen headed just a fraction wide of the woodwork after a well-worked free-kick routine.

Some neat footwork from the young Brazilian Antony, who missed out of the reverse fixture through injury, led to him forcing Kelleher to parry the ball into the direction of his fellow countryman Neres, who struck the upright.

Liverpool capitalised not long after through Jones, who received a teasing cross from Williams, enough to tempt Onana well out of position, and tapped home with a deft touch.

There was no let up in the game's pace, Fabinho intervening in chances for Klaassen in back to back possessions while Mohammed Salah took one too many touches on a solo run to aid in Onana's recovery.

The two bright sparks of the second half in Neres and Williams had a coming together that unfortunately saw the winger depart with ten minutes to go.

Substitute Roberto Firmino was baffled after his shot didn't rustle the net, with Liverpool putting on a show with some total football of their own in the buildup to Onana saving Firmino's attempt.

Just as in the Johan Cruyff ArenA, Erik ten Hag threw the kitchen sink at the Reds to try and set his team in a better position for the Matchday six showdown with Atalanta.

Klaas-Jan Huntelaar and Lisandro Martinez completed the attacking quartet, and the veteran Dutch forward forced a sublime reactionary save from star of the show Kelleher to diffuse the game's last big chance.

The Reds qualify as the top seed coming out of Group D, meaning their trip to face Midtjylland can be the perfect opportunity for Klopp to rest some players.

The recent injury crisis, which has seen upwards of ten first-team players on the sidelines, has seldom been alleviated by the condensed fixture list; but the manager can rotate safe in the knowledge of the team's safety in the competition

The kids are alright after all

The young keeper did not put a foot wrong in his eighteen-yard box and wholly justified his name on the team sheet with an infallible display.

While Jones' intelligence on the ball in midfield has been evident, Williams' performances have lacked the grit and creativeness needed in the position in Klopp's side.

That was redeemed well in the second half, with an evident boost in confidence supplied by his involvement in the goal.

Who will qualify with the Reds?

Ajax's confident 90 minutes will stand them in good stead against a resilient Atalanta team next week.

The sides played out a closely contested 2-2 draw in Bergamo in the group's second round of fixtures, with the Italians currently sitting above them on 8 points.

Both teams gave great accounts of themselves against the Anfield side, and precious little will separate them come the final game.

Liverpool vs Manchester United preview: Form guide, team news,  past meetings, who and how to watch 4 hours ago

Liverpool vs Manchester United: Key battles to look out for in top-of-the-table clash4 hours ago

Debate: What is Liverpool's best midfield?3 days ago

Analysis: Liverpool go three without a win9 days ago

Newcastle 0-0 Liverpool: Reds held once again away from home15 days ago

The Warm Down: Reds go six points clear at top of the tablea month ago

The Warm Down: Reds go top of the league a month ago