Port Vale manager Darrell Clarke revealed that he was delighted with his side's comeback as a Dennis Politic brace in the final 11 minutes saw them come from a goal down to win 2-1 against Burton Albion and progress through to the third round of the FA Cup.

Joe Leak's first goal for the Brewers handed the hosts the lead in the 23rd minute but after a much improved second-half display, two goals in three minutes by Bolton Wanderers loanee Politic proved to be enough to send the 1,522 travelling fans home happy.

After the game when speaking on the victory Clarke said: "It was a great FA Cup tie in very bad conditions, but I am delighted with the response from the players after going a goal down.

"We started the game bright, then they had a spell and we never really got going. We were very loose in transition on the first phase, we didn't look after it enough.

"We knew we would have to dig in deep second half. The key message was to make sure they don't get a second goal and we will get chances.

"We had a great chance with David Amoo early doors in the second half and we kept penetrating because we are a team that do eventually get a chance or two and fortunately enough it fell to Dennis (Politic) today.

On doing it for the travelling fans

Clarke further went on to say that it was really pleasing to seal this result for the vast travelling fans, especially considering the terrific away support they have already shown throughout the season so far.

"The pleasing thing for me is for our supporters, I feel we have had some really tremendous away support this season.

"I pick out two games in Oldham Athletic and Sutton United where we have been done in the last minute injury time and today to come back and win the game for them.

"They kept behind the lads, they were singing all game so I am really pleased that my fans go home happy".

Finally, the former Bristol Rovers and Walsall manager praised his outfits character and spirit at the Pirelli Stadium.

"The team has come back in three, four games now from losing positions and that shows you that there is a good group, good characters in there.

"We will hopefully get a decent draw for the FA Cup third round. I would be delighted for the owners if we do and our supporters, so we will see who we get." 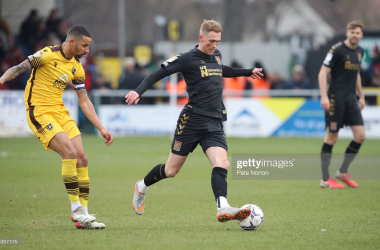 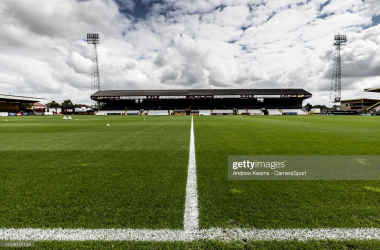 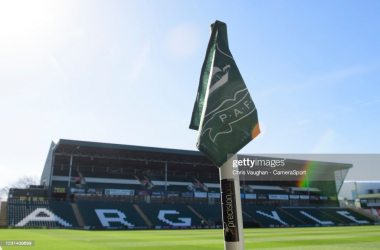 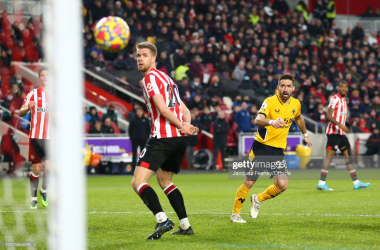