After leaving the club he'd been at for six years, including four as a youth player, Mario Engels had decided that first-team football was needed to further his development. It's proven to be a great move and he's finally getting the chance to let his football do the talking.

At twenty-one, Engels has been handed his opportunity slightly later than most other footballers. At his time with 1.FC Köln, solid if a tad unspectacular, he was afforded a first-team chance and never got any further than the Regionalliga side. It's somewhat surprising, when his dad, Stephen Engels, was and still is a long time servant of the club. He was also the coach of the under-21 team, but that didn't stop his son from taking the plunge and cutting his teeth elsewhere.

His decision to leave the Billy Goats was something that his dad admires, "For Mario, a transfer to FSV was the right step the right step in order to gain a foothold in the 2.Bundesliga. This is an club where he can develop to an optimal level. And with Benno Möhlmann he has a coach, from which he can learn a lot!" 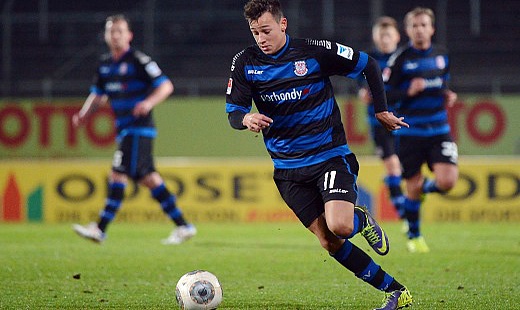 Unlike his father, who played a holding role, Mario is a more attacking midfielder and is comfortable centrally or on the right. Primarily a creator rather than a finisher, he stands at six-foot and is more than capable of holding his own physically. His size doesn't make his dribbling clumsy, far from it, he can still weave in-and-out of players, but his presence allows him to bump off of defenders and still carry on running.

In his youth, it's fair to say that his decision-making has not yet fully reached it's full potential, but his high assist tally in such a short space of time shows he is indeed wise beyond his years. His determination to succeed, evidenced by his move away from his dad's club and where he spent his youth career, should hold him in good stead when working his way up the footballing ladder.

"My play style has always been based on being a bit naughty and trying things that do not always work out. He [his father] told me that I should keep this in Frankfurt," that he has done. Engels isn't afraid to take on anyone and is more than happy to throw in some skill. Another quality he has in abundance is his composure.

The youngster is able to finish with aplomb when one-on-one with the goalkeeper, rounding the advancing stopper seems to be a particular trait in his arsenal. Although he still has room to improve in that sense and know when and when not to try it.

The move to Frankfurt

The club that picked him up, on a costless transfer, was FSV Frankfurt. Apart from one fourth place finished, Benno Möhlmann's men had never finished higher than thirteenth. FSV had just lost Mathew Leckie to FC Ingolstadt and needed a replacement. Although this (probably) wasn't originally the plan with Engels, he has grown into the role well and has taken up the challenge to be Frankfurt's creative outlet with Vincenzo Grifo.

Initially, he was used as an infrequent substitute by Möhlmann. Engels accumulated just fifty-six minutes over four appearances off the bench from the first ten matchdays. However, a change of formation meant that he got a first start against Greuther Fürth. The switch to 4-3-2-1 paid off immediately, as Grifo and Engels run riot. The Italian, on loan from Hoffenheim, netted a hat-trick, while his partner in crime grabbed two assists in a 2-5 victory.

That then made the manager's mind up and Engels has been a fixture in the side ever since. He followed that up with another assist against Erzegbirge Aue, before netting his first professional goal against 1860 Munich, something his parents were very pleased with, "My father is proud of. My mother baked a cake." A further goal and assist arrived against FC Heidenheim, the first home win for FSV Frankfurt in over 250 days.

Though he put in good performances against the other teams, especially versus Fortuna and his driving, energetic first half display, he managed two goals and five assists in nine starts. Engels added two further goals in a friendly game against Saarbrücken, not a bad return for his first Hinrunde as a pro. "It was always my dream to become a professional footballer. Now I have proved that I can compete at this level," he told kicker in a recent interview. 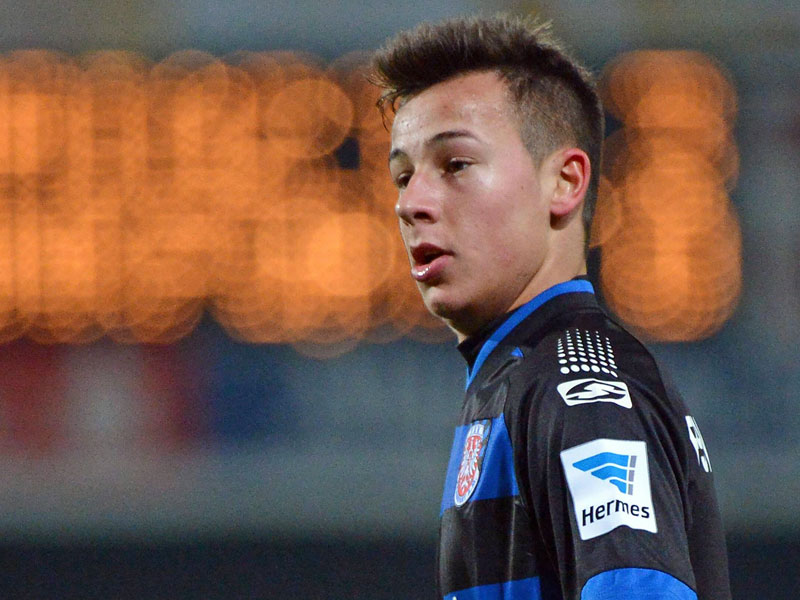 How far can he go?

It seems that the younger Engels is well on his way to showing that he can do more than just compete with fellow 2.Bundesliga footballers. He has recognised the need to be robust in the tackle and that'll make him a more attractive proposition to the pressing machines in the upper echelons of the second division and the Bundesliga. His hard work and stamina should also aid that quest to find a team in the top league.

Whether he'll make it to the Bayern Munich's and Borussia Dortmund's of the world remains unlikely with their huge budgets and already promising youth systems, but if he continues to perform as he has done in the Hinrunde, there is no reason why he couldn't hack it at the top of the German footballing pyramid. Looking at the table as it stands, a team like Köln, Freiburg or Paderborn could use his invention to help unlock defences.

Though, as his father says, he is much better to develop in the 2.Bundesliga and then make the move up in class. A young, enterprising side such as Kaiserslautern could be a great fit for both parties' ambitions. All in all, it looks like the move away from the Billy Goats will do Engels good and should see him begin to work his way up divisions to enjoy a successful career wherever he decides to settle; who knows, maybe he'll end up back with his dad at Köln in the future.

Borussia Dortmund vs Union Berlin preview: How to watch, kick-off time, team news, predicted lineups and ones to watch 5 days ago

FSV Mainz 05 vs SC Freiburg preview: How to watch, kick-off time, team news, predicted lineups and ones to watch 6 days ago

Borussia Mönchengladbach vs Arminia Bielefeld preview: How to watch, kick-off time, team news, predicted lineups and ones to watch 12 days ago

RB Leipzig vs Bayern Munich preview: How to watch, kick-off time, team news, predicted lineups and ones to watch 13 days ago

Bayern Munich vs Hertha Berlin preview: How to watch, kick-off time, team news, predicted lineups and ones to watch a month ago

Bayer Leverkusen 4-0 Borussia Mönchengladbach: What went wrong for Die Fohlen? a month ago

Greuther Fürth vs Arminia Bielefeld preview: How to watch, kick-off time, team news, predicted lineups, and ones to watch a month ago

Union Berlin vs Bayer Leverkusen preview: Die Eisernen have the chance to start the campaign right note a month ago

Borussia Mönchengladbach vs Bayern Munich preview: How to watch, kick-off time, team news, predicted lineups, and ones to watch a month ago

Bayer O4 Leverkusen 2021/22 Season Preview: Die Werkself hope to be more consistent in aim for top four a month ago