AS Roma, are set to take on Turkish side Istanbul Basaksehir FK in Thursday evenings UEFA Europa League clash at the Stadio Olimpico. Although Roma have had a shaky and inconsistent start to the new Serie A campaign, they should be able to pull out a much-needed win against their Turkish opponents.

Roma who are currently sitting eighth in Serie A thus far, possess a 1-2-0 record and a goal differential of +2, while scoring eight goals in three games. New head coach Paulo Fonseca is trying to implement a new system with the Giallorossi and the squad have shown glimpses of his style of play but thus far have been inconsistent. After disappointing back to back ties with Genoa CFC and SS Lazio to start the season, Roma came out with a 4-2 win over US Sassuolo Calcio on Sunday, giving them some momentum for Thursdays match.

Istanbul Basaksehir FK are currently in 14th place in the Turkish Super Lig and have a 1-1-2 record with a goal difference of -3. Clearly not an ideal start for new club manager Okan Buruk who almost had his team in UEFA Champions League if not for losing to Greek club Olympiacos FC in the qualifying round. This task of facing a decent Roma squad may also result in a loss for the team from Istanbul.

Both squads possess talent, but it would be safe to say Roma have a more talented squad. A few Giallorossi players to look out for would be new boy Mkhitaryan, youngster Kluivert and the Italian Pellegrini.

Mkhitaryan, Roma's new boy who came over from Arsenal FC, impressed in his Roma debut on the weekend by scoring a goal and Roma are hoping for much of the same from the skilled midfielder throughout the season. The 20-year-old pacy winger Kluivert, who also scored on the weekend, will hope to keep that form going on Thursday against a weaker opponent. Lastly, Pellegrini looks to keep getting better year after year and looks to be an important player to the new Italy under coach Roberto Mancini. Pellegrini also picked up three assists in Roma's win at the weekend.

Thus far Roma has been unconvincing but did show much improvement in their match on Sunday and they will be hoping to keep up their winning ways on Thursday.

After finishing second in the Super Lig last season, Istanbul Basaksehir are off to a slow start and are hoping to turn things around as soon as possible, but playing such a talented squad like Roma may be too much for Istanbul to handle in the end. Expect there to be goals and if Roma plays to their potential, they should come out on top.

Manchester United 6-2 Roma: United come from behind and score six as Roma fall 10 days ago

Arsenal v SL Benfica: How to watch, Kick- off time, team news, predicted line-up and ones to watch.&nbsp; 2 months ago

SL Benfica v Arsenal preview: How to watch, kick-off time, team news, predicted lineup and ones to watch 3 months ago

UEFA Europa League - the competition so far: 5 months ago

LASK 3-3 Tottenham: Bale and Son help Spurs progress to next stage of Europa League despite late Karamoko equaliser 5 months ago 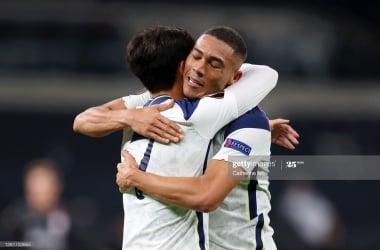 Tottenham 3-0 LASK: Carlos Vinicius shines on debut as Spurs end the week on a high 7 months ago 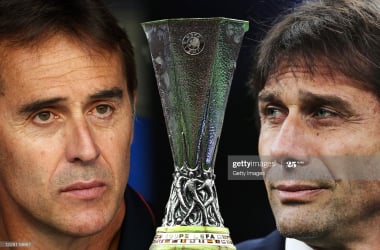