Chelsea secured their passage into the last 16 of Champions League in style with a routine 2-0 victory over FC Porto.

Jose Mourinho’s side got off the perfect start when Ivan Marcano put it into his own net 12 minutes, before Willian failed to capitalise his great opportunity which proved to be one of the best two chances of the first 45 minutes.

The Brazilian winger started off the second half brilliantly with the second goal seven minutes in, Yacine Brahimi, Diego Costa, Vincent Aboubakar, Cristian Tello, Eden Hazard and Loic Remy all had good opportunities but Chelsea had done enough to make it through.

Chelsea couldn’t have got off to a better start when they managed to take the lead just 12 minutes in.

Costa was causing havoc on his return to the starting XI, but wasted a good chance as he went in behind the defence, only to shoot straight at Iker Casillas.

However, Casillas' parry bounced back off Marcano and over the line with some serious luck, but the faithful at Stamford Bridge won’t care how they go in.

They were calls for a penalty shortly after when Oscar went to ground after nutmegging an oncoming defender, but referee Cuneyt Cakir waved him to his feet.

Mourinho’s team were showing flashes of their scintillating form from the previous season, and it almost led to a second goal just before the half-hour mark.

Costa’s intelligent run allowed Hazard to run into space and play a good ball into Oscar, who in turn played a clever one-two with compatriot Willian, but his shot was taken agonisingly wide of goal thanks to a deflection.

Like the first 45 minutes Chelsea came flying out of traps as the whistle blew for the start of the second half, and they added a second seven minutes after the restart.

It was a clever move from the home side from a quick throw-in with Hazard slipping it through to Willian on the left flank, who cut inside and rifled it into the bottom corner to all but seal Chelsea’s passage into last 16. 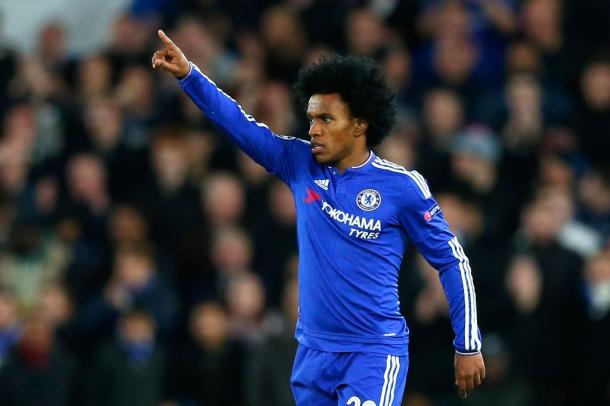 Porto came within inches of reducing the deficit just after the hour mark when a ball came to Brahimi, whose fierce effort looked destined for the top corner but a vital flick from Branislav Ivanovic took it over the target.

Costa could have wrapped it up with 20 minutes to play when Hazard sent in another great through ball, the Spaniard took too much time and it proved costly as it  Danilo recovered to get back and push him off the ball.

Porto had another good chance with just over 10 minutes left when Tello sent his curling effort fizzing towards the bottom corner but Thibaut Courtois, impressive on his return to European action, managed to tip it out.

Substitute Remy had the last opportunity of the match when he took advantage of Porto bombing forward, but his near-post shot was well over, yet it didn't matter as they had done enough to go through.

Tuchel has brought stability to the Bridge, but the real test starts now&nbsp; 14 days ago

Chelsea v Newcastle United Preview: How to watch, kick-off time, team news, predicted lineups and ones to watch 16 days ago

The Warm Down: Unconvincing Chelsea edge past Barnsley to reach the FA Cup quarter-finals 19 days ago