This time last year, Chelsea were preparing to mount their title defense after cruising to the 2014/15 Premier League title under Jose Mourinho. Over the next ten months, the Blues fell apart and failed to come close to defending their title.

It's now 2016 and Antonio Conte is in charge of Chelsea as they prepare to reclaim their place near the top of England's top flight and forget all about 2015.

A year to forget

A poor pre-season tour in the United States hinted at a disappointing season for Chelsea and after their opening day draw to Swansea City, a day that saw the Mourinho and Eva Carneiro scandal begin, things continually got worse. Injuries and loss of form, most notably for Eden Hazard, highlighted a dismal start to the season that resulted in Mourinho's departure from the club in December, for the second time.

Guus Hiddink's reign from December onwards saw the lack of form continue but Chelsea climbed from 16th over the winter period to 10th come the end of the campaign thanks to Hiddink. There were very little signs of fight throughout the season, most notably the Blues sealing the title for Leciester City by beating rivals Tottenham.

A 10th place finish marked the worst title defence in Premier League history and with a new manager in place, Chelsea will be aiming to bounce back to the top where they were just over 12 months ago.

With a new manager at the helm, many are expecting Chelsea to return to greatness and they just may do so. After missing out on European football last season, the Blues now can solely focus on getting into the top 4 again and possibly even mounting a title charge under Antonio Conte.

During his spell with Juventus, Conte won three consecutive Scudettos in Serie A while setting the foundation for their current squad. His impressive run at Euro 2016 with arguably the weakest Italy team in decades proved he is a superb tactician and man manager.

Whether he opts to use a 3-5-2 or a 4-2-4 with Chelsea, Conte seems to be able to get the best out of his players and Chelsea can have hope for a strong campaign.

The Blues were desperate to turn their fortunes around this summer and their two signings so far will undoubtedly strengthen their chances of a top four finish.

N'Golo Kante, a major part of Leicester City's unthinkable title winning campaign last year, was signed as Chelsea embarked on their preseason tour of the United States while Michy Batshuayi, a young Belgian striker who impressed while at Marseille, was brought in to reinforce the Blues strike force.

A brief stay in Austria, which saw Chelsea play twice, brought both a loss and a win for Antonio Conte's men. Their trip to the United States brought mixed results once again. WIth more first team players involved this time around, the Blues beat Premier League rivals Liverpool, 1-0. Eden Hazard's first appearance of the preseason came against Real Madrid, a game in which he scored twice in a 3-2 defeat.

The final match of the tour saw Conte's side run out 3-1 winners over AC Milan while also giving a debut to Kante.

Who do you need to keep an eye on?

Diego Costa: After a disappointing second season in England, Costa will be hoping to hit the heights of his 2014/15 season and guide Chelsea to another title. The Spaniard has been linked with a move away from Stamford Bridge all summer but he's expected to stay and on his best day, he's one of the best strikers in the Premier League.

Eden Hazard: The 2014/15 Player of the Year struggled mightily with injuries and loss of form last year. As the world knows, he's almost impossible to defend when at his best and under Conte, he's expected to bounce back and return to his best. Chelsea will rely on Hazard to show up and guide them to the top once again.

N'Golo Kante: The Frenchman's meteoric rise to stardom has been nothing short of amazing and after winning the title with Leicester last season, he earned a move to the Blues. His work rate and tackling have been praised highly all over and he fits perfectly into Antonio Conte's gameplan.

On the other hand, Conte faces concerns with a very thin backline. Kurt Zouma is still recovering from an ACL tear and after Papy Djilobdji was sold, the Blues have just three healthy, first team options at centre-back. At fullback, Baba Rahman was loaned out to Schalke, meaning Ola Aina, Branislav Ivanovic and Cesar Azpilicueta are the only first team options for Conte.

Chelsea do have time to strengthen their defence and there are still options out there, including Shkodran Mustafi and Kalidou Kouliably who would both improve Conte's defence considerably.

Will the youth get their chance?

Chelsea have a history of ignoring their youth products but in the last few years, the academy has emerged as one of the world's most talented groups. The likes of Dominic Solanke, Tammy Abraham and Kasey Palmer, who are all highly rated at the club, have made brief appearances for the Blues but it was Ruben Loftus-Cheek who broke into the first team last season.

Who will it be this year? Ola Aina and Nathaniel Chalobah, who both joined Chelsea at U11 level, have been impressive in preseason and seem to be a part of Conte's plans moving forward. With the shortage of options in defence, Ola Aina's chances of playing consistently for Chelsea this season are strong and with plenty of potential to fulfill, this could be his year.

Last season's debacle puts a damper on Chelsea odds of winning the Premier League title again this season. A new manager, new tactics and the huge burden of 2015/16 to overcome will be Chelsea's main obstacles but with no European football to focus on, they can aim high in the league and even challenge for the title. Other top four hopefuls have strengthened and it will be a battle but with the squad Conte has, top four should be feasible.

Diego Costa and Eden Hazard should return to their top form and Kante could well prove to be the signing of the summer as the Blues aim for a top four finish. Prediction: 2nd.

Frank Lampard on Watford: "We know they have a very good side and they’re desperate for points."19 hours ago 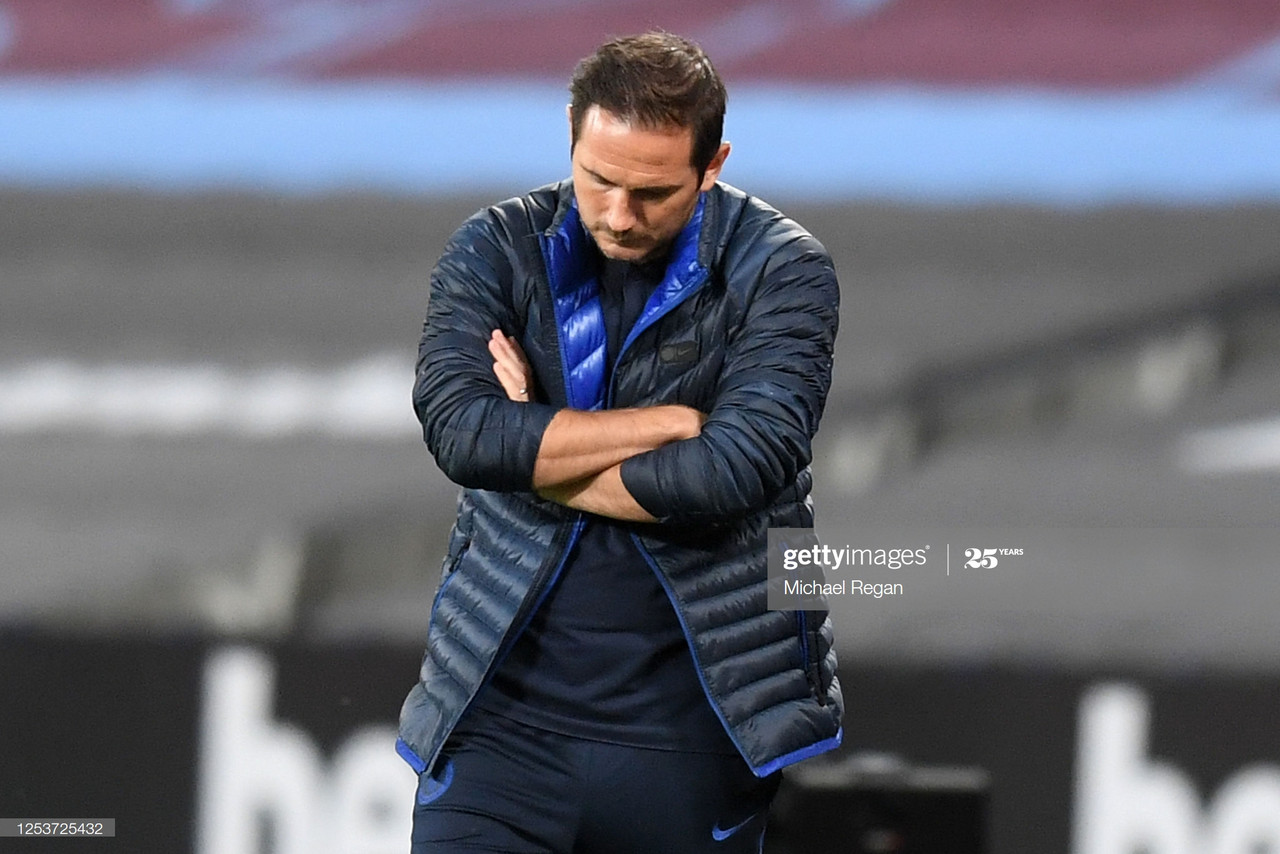 Six Cup Finals Remaining: Who will Frank Lampard go with on Saturday night?19 hours ago

Chelsea vs Watford Preview: Can Blues bounce back from midweek disappointment?2 days ago

5 Things We Learned From West Ham vs Chelsea2 days ago

Lampard: 'We have a lot of hard work to do to get to where we want to be'2 days ago

Why Mount Is Integral To Chelsea's Style3 days ago

Chelsea vs West Ham Preview: Can Lampard knock the final nail in the Hammers coffin? 4 days ago

Chelsea vs West Ham: The Predicted Eleven4 days ago

Frank Lampard: Discussing the latest from SW6 as the Blues prepare to face West Ham4 days ago
Restore your password
Please enter your user name or email.
Login Member or Writer Panel
Enjoy your own Customized Newspaperwith VAVEL topics' carousels!