As the last rays of summer sunshine turn into harsh winds and pouring showers, the Premier League has provided a whirl wind of action throughout October.

Leicester City put 9-0 past struggling Southampton as the Foxes equalled the record for an away win in the top division. Liverpool did not let up their lead at the summit but were held 1-1 to Manchester United- across the city, Pep Guardiola suffered defeat at the hands of Wolverhampton Wanderers.

Below is the best eleven who enjoyed themselves during the tenth month. 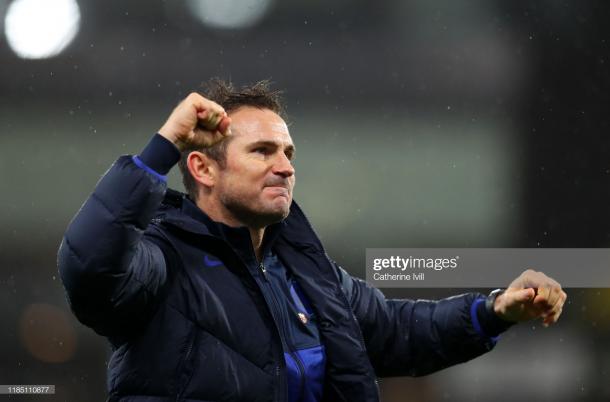 Three wins from three in the league has taken Chelsea from a side struggling to find their feet to genuine contenders to dismantling Liverpool and City’s grip at the top of the pile.

Frank Lampard has begun to flourish his managerial credentials and those who wondered if he could cut it in the big time are surely now biting their tongue.

October began with a sweeping 4-1 victory over Southampton before narrowly edging past Newcastle United 1-0 at Stamford Bridge. The goals carried on raining down for the Blues as a hat trick from Christian Pulisic sealed a 4-2 win away to Burnley. Since the 2-1 loss to Jurgen Klopp’s juggernauts, Lampard has won all nine games subsequent and is nicely blending his capable youngsters and his veterans of the Chelsea dressing room.

The rise of Tammy Abraham, Mason Mount, Fikayo Tomori, Pulisic and Callum Hudson-Odoi can be put down to their boss’s willingness to chuck them in at the deep end, both parties reaping the rewards.

Sheffield United’s return to the top flight has been nothing short of a success, battling their way into sixth place after an unbeaten month. This is largely down to the discipline in defensive Chris Wilder has installed into his side, conceding the fewest amount of goals in the division thus far.

This starts with Wilder’s ‘keeper, Dean Henderson, who battled back from his clanger against Liverpool to hold Arsenal and Watford at bay, gaining his fourth and fifth clean sheets of the season- no keeper has more.

Understandably, the Foxes ferocious forward firepower got all the plaudits as the mauled the Saints, yet their full-back was just as effective in the final third.

Ben Chilwell opened the scoring against Southampton, adding two assists to take his personal tally up to three. He can now be regarded as England’s first choice in that particular position, bettered only by Andy Robertson for total attempted passes from left-back (Robertson 808, Chilwell 621).

Henderson has three steely centre-halves in front of him who will throw everything on the line to protect their goal. Chris Basham was an ever-present in their promotion from the Championship and has rarely put a toe out of line since competing with the footballing elite.

Basham has featured in all 11 league ties this campaign as a consistent every present and is right at the top for defensive statistics; only Jan Bednarek (28) has more tackles than the Blades central-defender (25).

Alongside Basham is his trusted partner, Jack O’Connell, who has yet to miss a minute of action in the Premier League.

Few would label Adama Traore as your conventional defender, however, the Spaniard has built a career on being unconventional. Up until now it hasn’t quite clicked for the product of the Barcelona academy but Nuno Espirito Santo may have finally unlocked his winning formula.

Wolverhampton’s win away to Manchester City shocked the entire country in no small thanks to Traore’s double whilst playing at wing-back. City were no match for his pass and power as he left their defence for dead at times and here, he would remain for the 1-1 draws against Southampton and Newcastle. 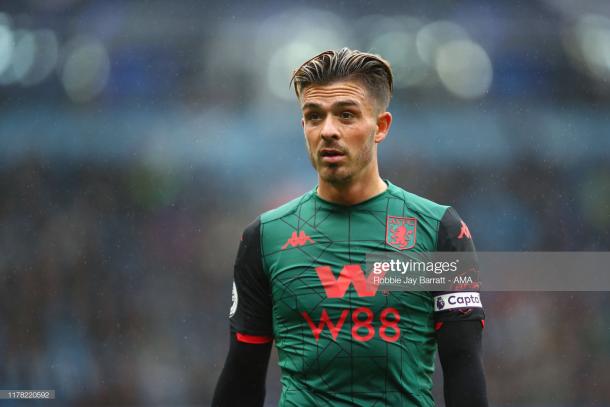 Aston Villa have not had the easiest of rides since their three-year absence, perching three points and two places above the relegation zone. All this said, October provided victories away to strugglers Norwich and at home to Brighton & Hove Albion.

Both were arguably their finest performances this campaign, not feasible without their captain and talisman, Jack Grealish. He netted in both wins, grabbing an assist as they just squeezed past the Seagulls and his creativity is vital to the Villans staying up; he has their most key passes (25) and assists (3). 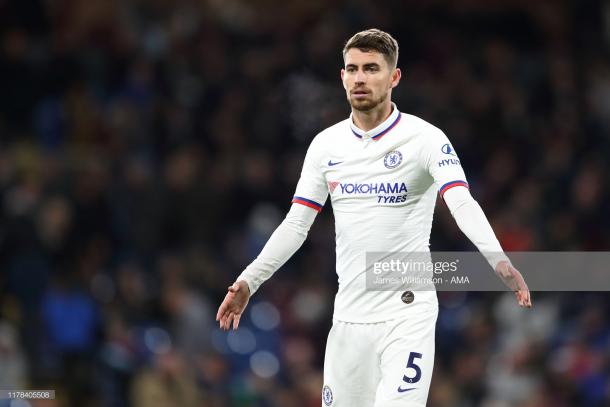 Chelsea’s unblemished trio of fixtures soared them into third, firmly cementing their Champions League prospects. The mood around Stamford Bridge has rapidly risen, in coordination with the resurgence of Jorginho.

His critics that bemoaned him throughout Maurizio Sarri’s reign and into Lampard’s have gone suddenly quiet as the Italian is finally proving his worth. No player has attempted more passes than Jorginho (865), 717 of these finding a teammate, demonstrating how vital he is to the Blues game plan. His display at Burnley, in particular, showed just how dominative he can be, whilst also adhering to his defensive duties. 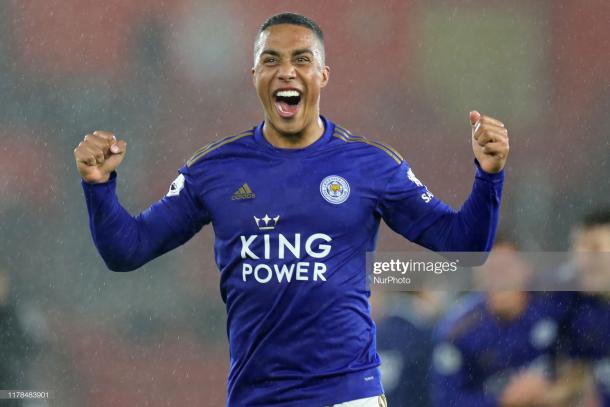 Whilst one midfielder is beginning to live up to his potential, another has achieved this the minute he stepped foot in England. After a productive loan spell last season, signing Youri Tielemans permanently from Monaco for just £40m is a complete steal.

Tielemans keeps Leicester ticking, covering ground to constantly find the ball and pass into his front men. He inevitably got onto the score sheet at Southampton but more crucially, netted the winner against Burnley as the Foxes flew into fourth spot. He is also just seven shy of fellow countrymen Kevin De Bruyne’s 22 short key passes (Tielemans 15). 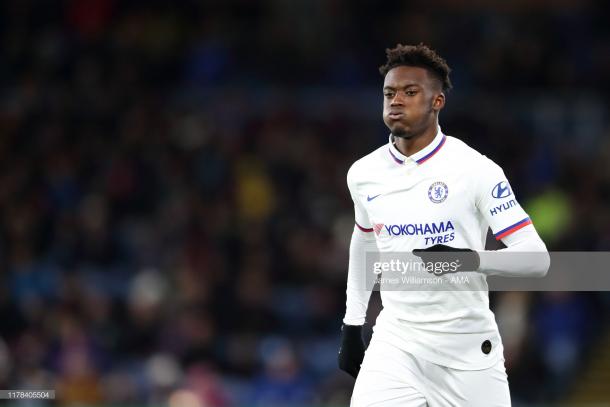 Hudson-Odoi only made his way back into the Chelsea set up at the end of September, following a ruptured Achilles that had kept him out for five months but it’s as if the young starlet had never been away.

Lampard intrusted the teenager by starting him against Southampton and Newcastle, both resulting in three points for the Blues, the faith being repaid by an assist in each. Hopefully, Hudson-Odoi can push on from all those moments of action he’s missed. 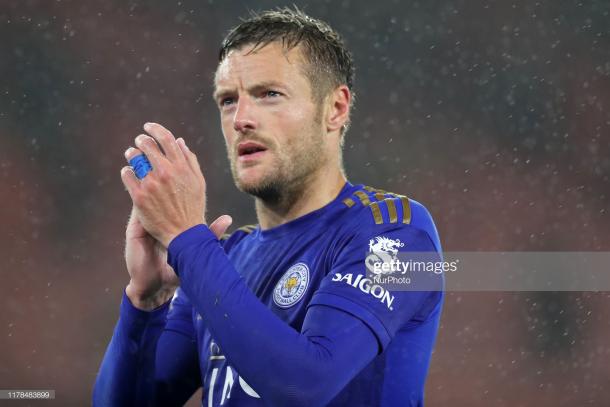 Every Halloween, social media is treated to an array of often questionable outfits from the footballing stars of today. The Vardy’s donned a decent attempt at the ‘Adam’s Family’ and it seemed appropriate that Jamie has been a reoccurring nightmare for defences this term.

He spooked the life out of Southampton with his second top flight hattrick, as well as bagging against Burnley to take his personal count up to nine, now the joint highest scorer in England’s top flight. 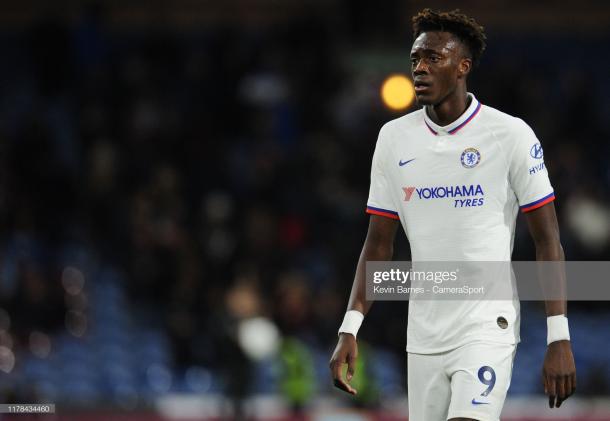 On the subject of English strikers in sizzling form, Abraham continues to go from strength to strength as Chelsea’s main threat up front.

Despite only scoring once, during the thrashing of the Saints, Abraham provides so much more than his exploits in front of goal, including his link-up play with those around him. This being said, he is still extremely clinical when it comes to the shooting department; no player has had more shots on target than Abraham (19).

From Chelsea’s 2012 Champions League semi-final hero to frozen out under Guus Hiddink. What happened to Ramires? a month ago

Tuchel has brought stability to the Bridge, but the real test starts now&nbsp; 2 months ago

Chelsea v Newcastle United Preview: How to watch, kick-off time, team news, predicted lineups and ones to watch 2 months ago

The Warm Down: Unconvincing Chelsea edge past Barnsley to reach the FA Cup quarter-finals 2 months ago