The previous record, set by Bob Paisley's team in 1978-81, was bettered through an own goal from Jonny Evans and goals from Diogo Jota and Roberto Firmino.

Jurgen Klopp couldn't have asked for more from his injury-addled squad, who put in a commanding display from the outset and condemned the visitors to their first away defeat this campaign.

The Reds leapfrogged their opponents but are kept off the summit of the Premier League by Tottenham's better goal difference.

Here is what Klopp had to say in his post-match press conference, with a full transcript available from liverpoolfc.com.

'Obviously it's pretty tricky and pretty difficult to set records for this incredible club because our fathers or grandfathers, they were obviously pretty good! So having this record now, I'm happy for the players but it doesn't feel like a big moment, to be honest, because we play on Wednesday and that's actually my only concern at the moment.'

The unprecedented feat for the club puts Klopp's men ahead of the historic Bob Paisley record that came to an end in 1981 in a 2-1 loss to Leicester.

With the Reds avoiding the same fate this evening, Liverpool will now turn their eyes to Chelsea's unbeaten run of 86 games, accomplished between 2004 and 2008.

Sunday's 3-0 victory is the 53rd win of a 64-game run at the fortress of Anfield, with a bonus that winger Sadio Mane is yet to lose in the league at home.

'...he couldn't have scored without an outstanding cross from Andy Robertson. What a situation in the whole build-up... a sensational cross, super move from Diogo. Yes, he's a good player – that's the reason why we signed him.'

The Portuguese sensation has been a revelation for Klopp and is proving his worth game by game in the red shirt.

Jota rounded off a fantastically well-worked team effort by nodding in a typically pinpoint cross from the Scottish left-back.

The goal, which included an astonishing thirty passes, also meant the forward was the first Liverpool player in the club's history to score in his opening four home games in the league.

'Yeah, until Naby left the pitch... we had to play really good because otherwise you would have no chance and the boys did it from the first second. We controlled the game, we passed the right passes, moved in the right spaces, offered direction, used these offers.'

The threat of Leicester was clear throughout the game, but the now first-choice pairing of Joel Matip and Fabinho at the heart of defence were rigorous in dealing with the likes of Jamie Vardy and Harvey Barnes.

Klopp allusion to moving into the right spaces was encapsulated in Firmino's 90 minutes,

The Brazilian dropped much deeper than the wingers either side of him to link play before striking the post, exposing the space behind Wesley Fofana with an exquisite turn of pace and direction.

But of course, what is a Liverpool game recently without another player added to the physio table?

After putting in an imperious performance alongside his compatriots in the middle of the park, Naby Keita walked off the pitch clutching his hamstring at 53 minutes and will now undergo assessment in the coming days.

Kopites were also disappointed by the omissions of playmaking duo Xherdan Shaqiri and Thiago Alcantara, the former picking up a 'muscle injury' while on international duty for Switzerland.

'...he had the new record as well for closest no goal or whatever with the goalline technology. So, congratulations! But, of course, we were really happy and relieved. He deserved it so much. He played a super game, was so important for us tonight again and you could see in the face of all the players when he scored that everybody thought, 'Yes, exactly the right goalscorer.'

The game looked to have passed Firmino by in terms of getting on the scoresheet after agonisingly missing out on a goal by 10mm, unable to parry in the aforementioned strike against the woodwork.

A James Milner cross was met well by the striker less than ten minutes later, putting to bed any worries of Leicester capitalising on the possession they had going into the game's final twenty minutes.

Firmino recorded 85% pass accuracy and completed the most dribbles in the match with four, and was rightly embraced by his teammates in the ensuing celebrations to cap off the result for Liverpool.

'...it [was] negative today... He can now train with us tomorrow, that’s it. He will have two tests in the next two days, so, yes, he will be tested like all of us.'

Mohammed Salah is said to have returned a negative coronavirus result when tested on his return back to Liverpool.

Salah tested positive for coronavirus while on international duty with Egypt, adding to Klopp's selection woes.

The 28-year-old, who has bagged 10 goals in 13 appearances this season, can begin training with the team but it remains to be seen whether he will be considered for the visit of Atalanta on Wednesday. 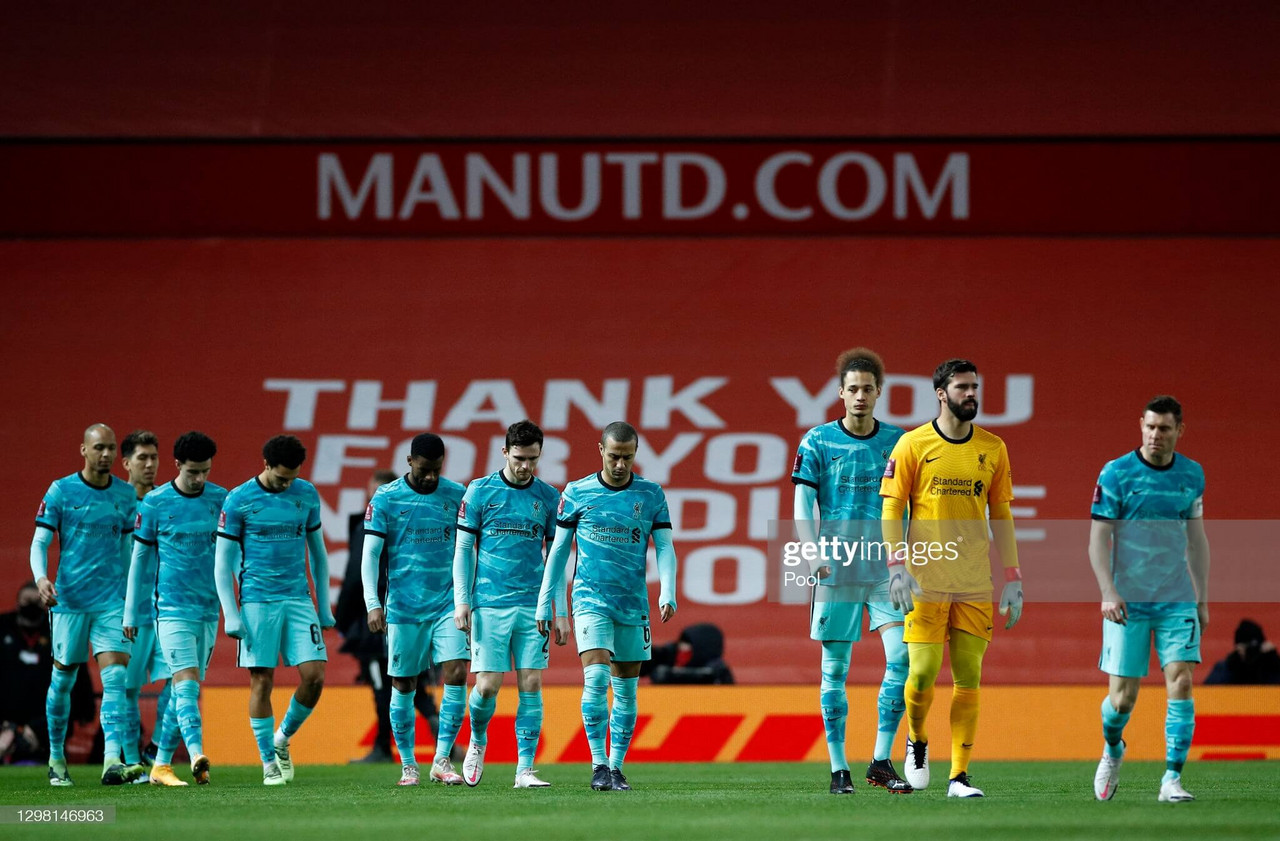 Analysis: Salah and Firmino shine but Reds pay for defensive vulnerability a day ago 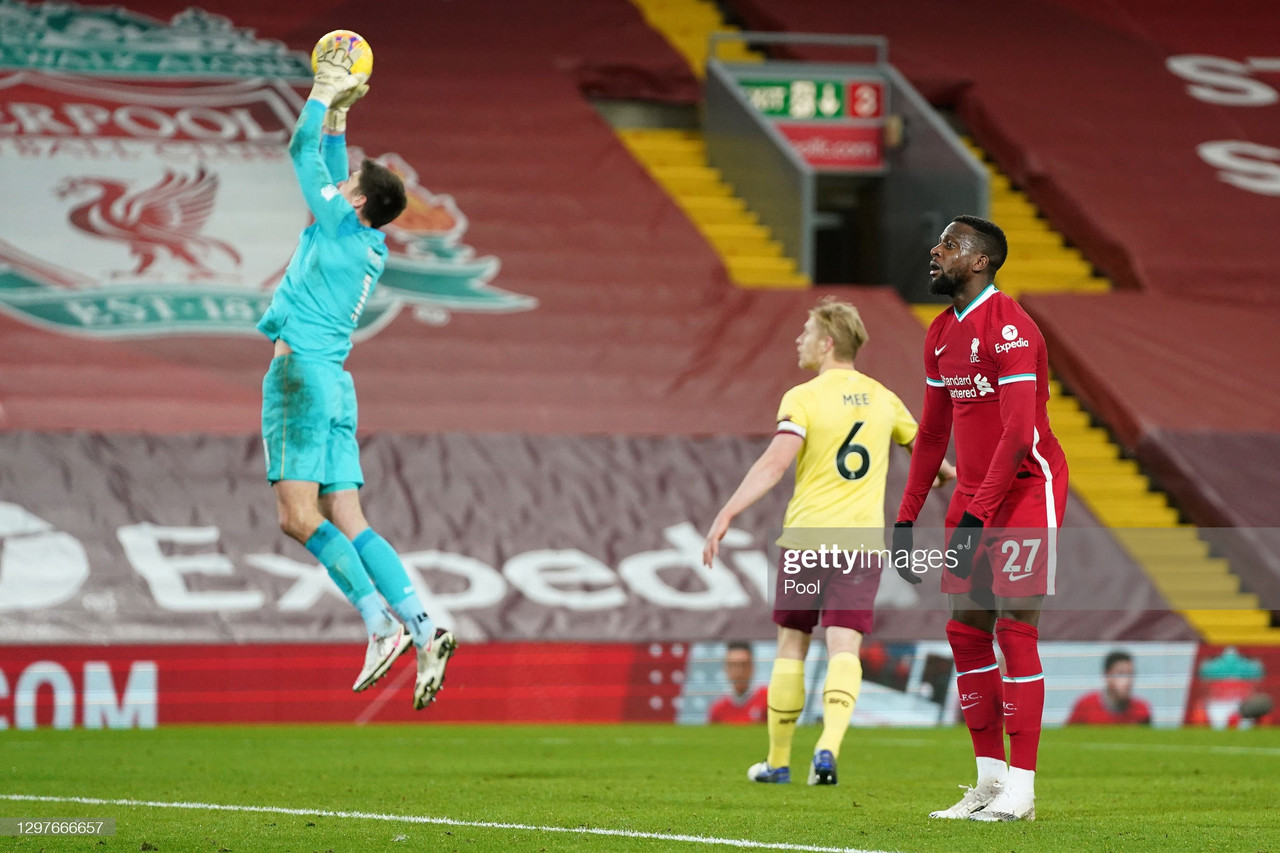 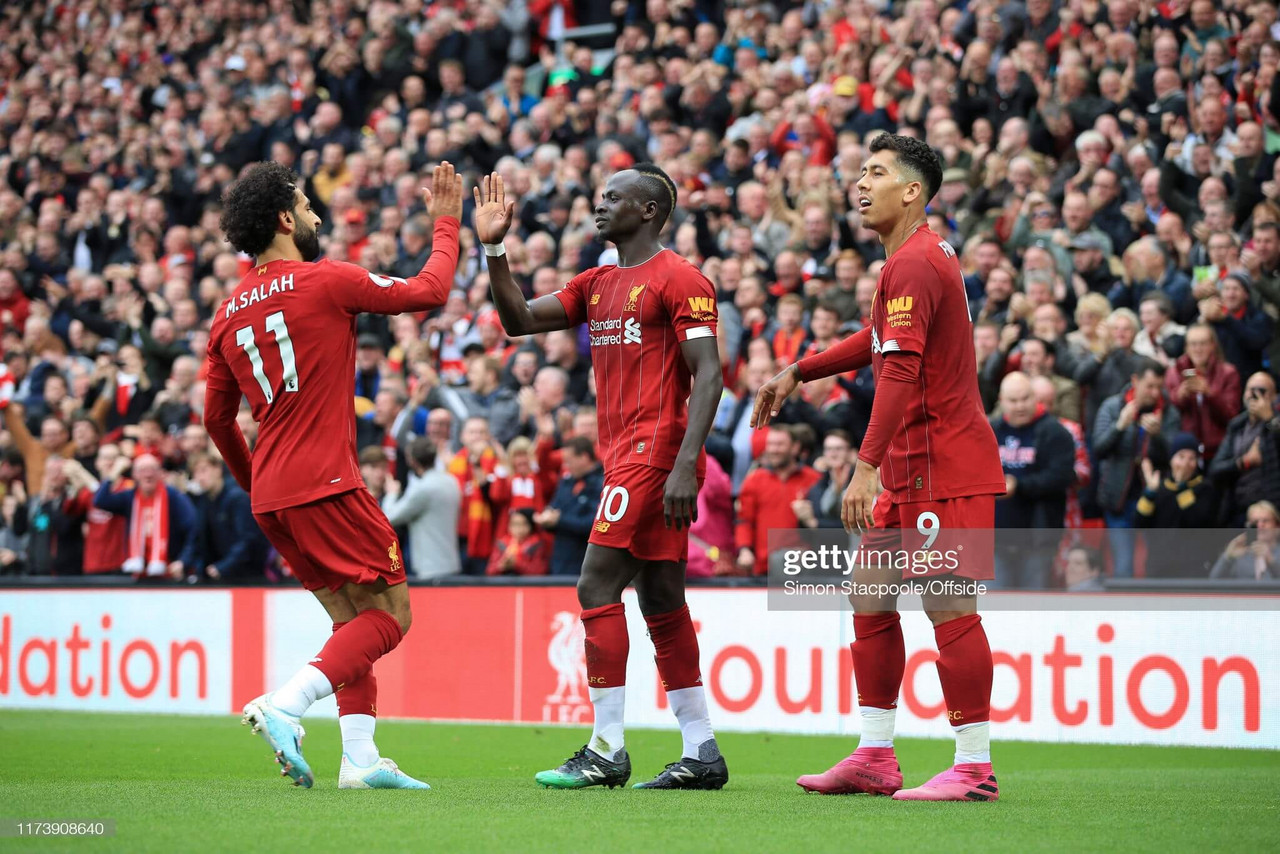 Is this the beginning of the end of Liverpool's front three? 6 days ago 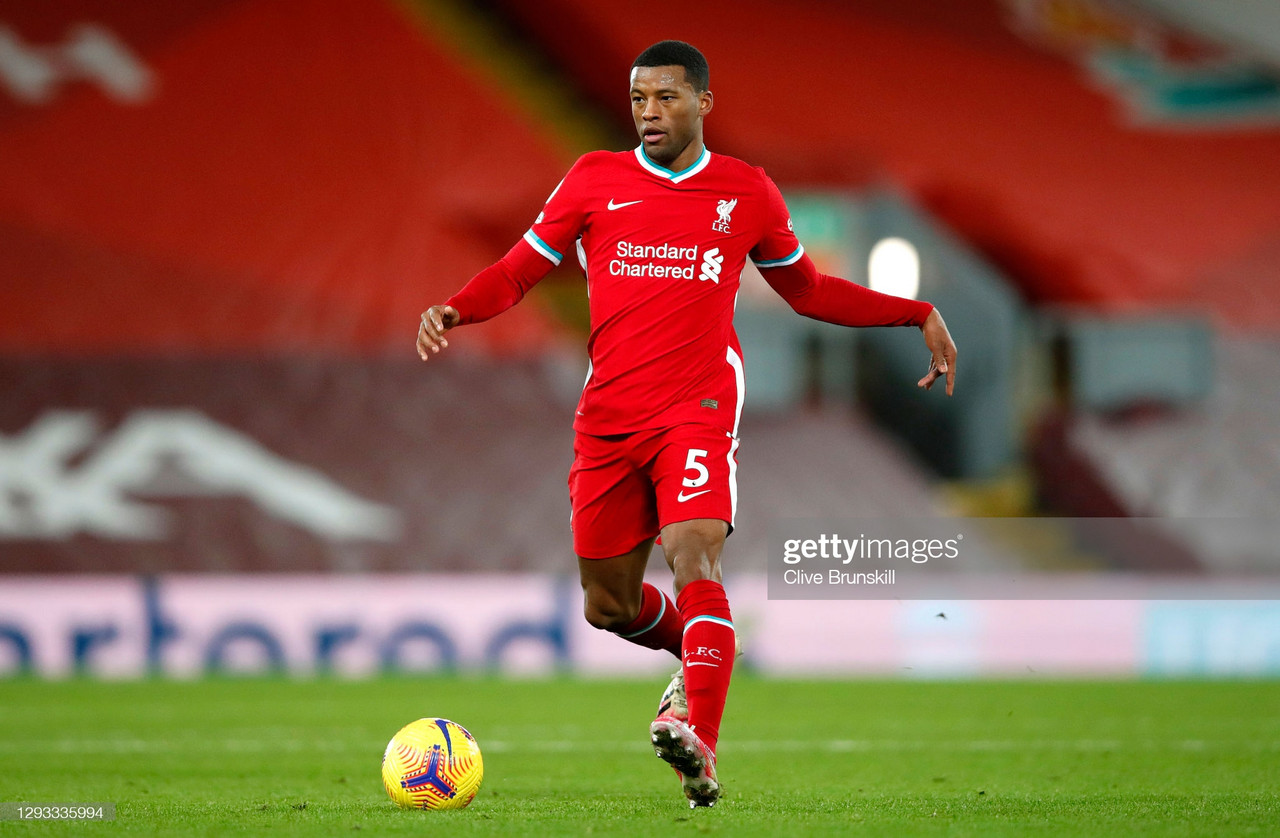 Georginio Wijnaldum: Where does the future lie for Liverpool's flying Dutchman? 6 days ago 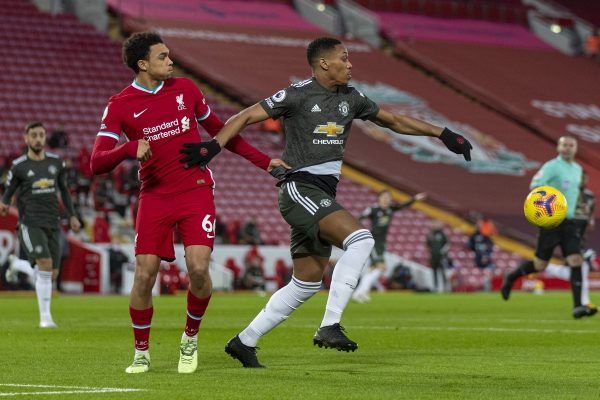 The Warm Down: Liverpool lack clinical edge again 6 days ago 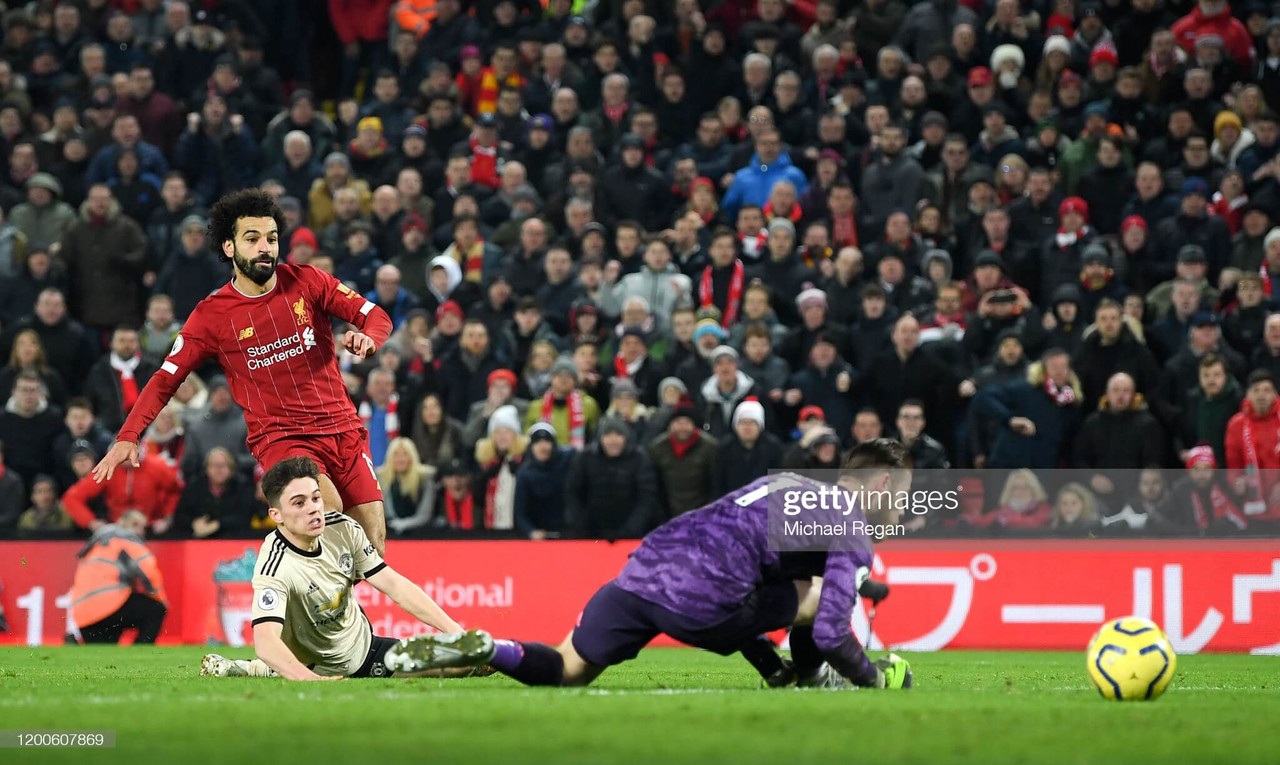 Liverpool vs Manchester United preview: Form guide, team news,&nbsp; past meetings, who and how to watch&nbsp; 11 days ago 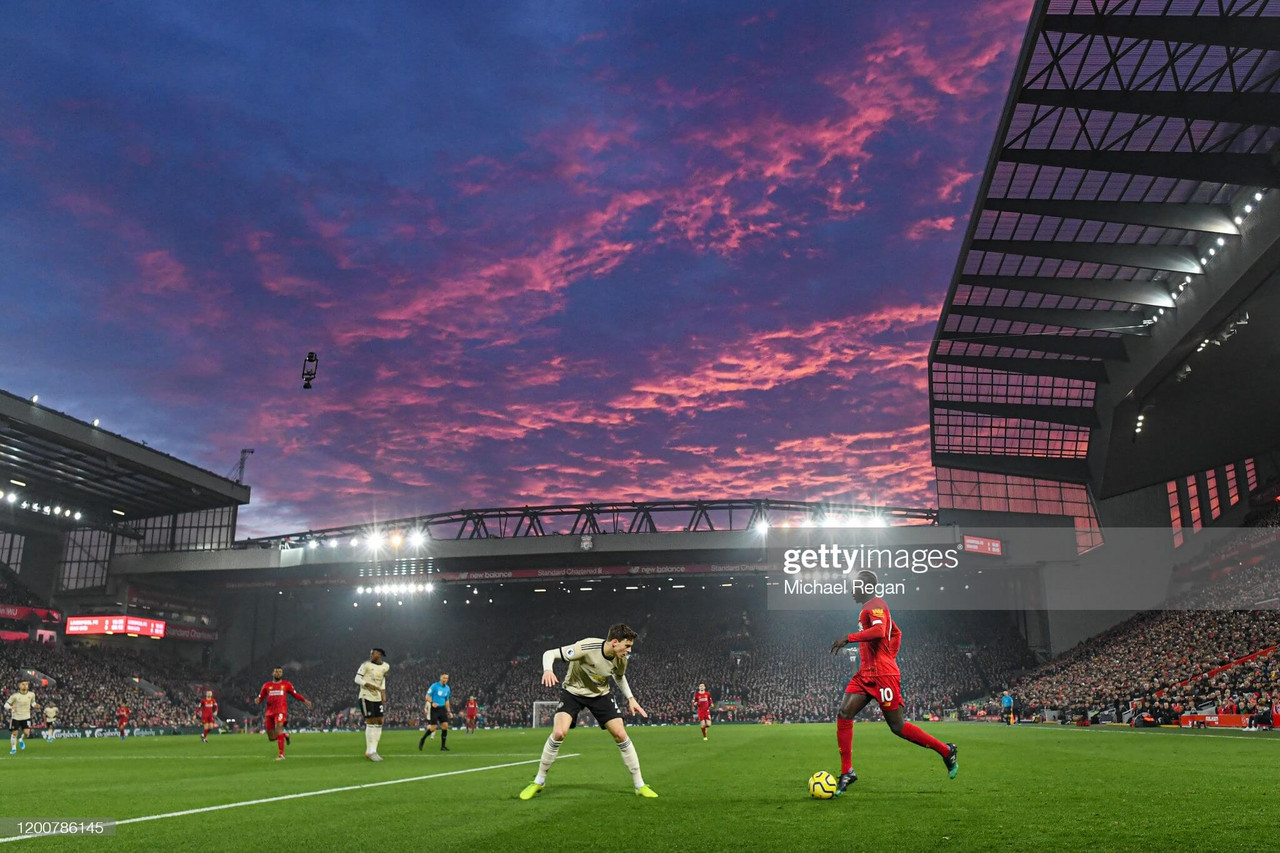 Liverpool vs Manchester United: Key battles to look out for in top-of-the-table clash 11 days ago 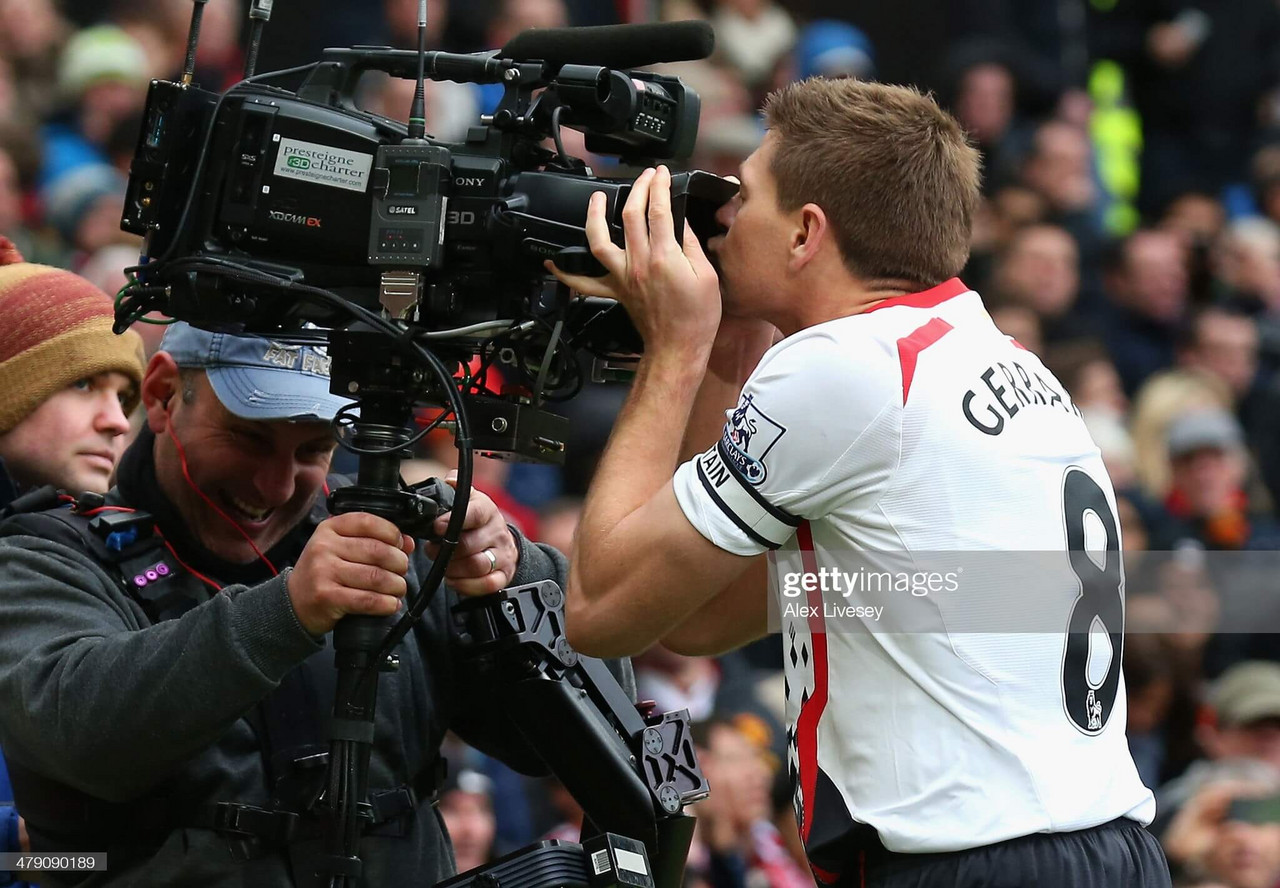 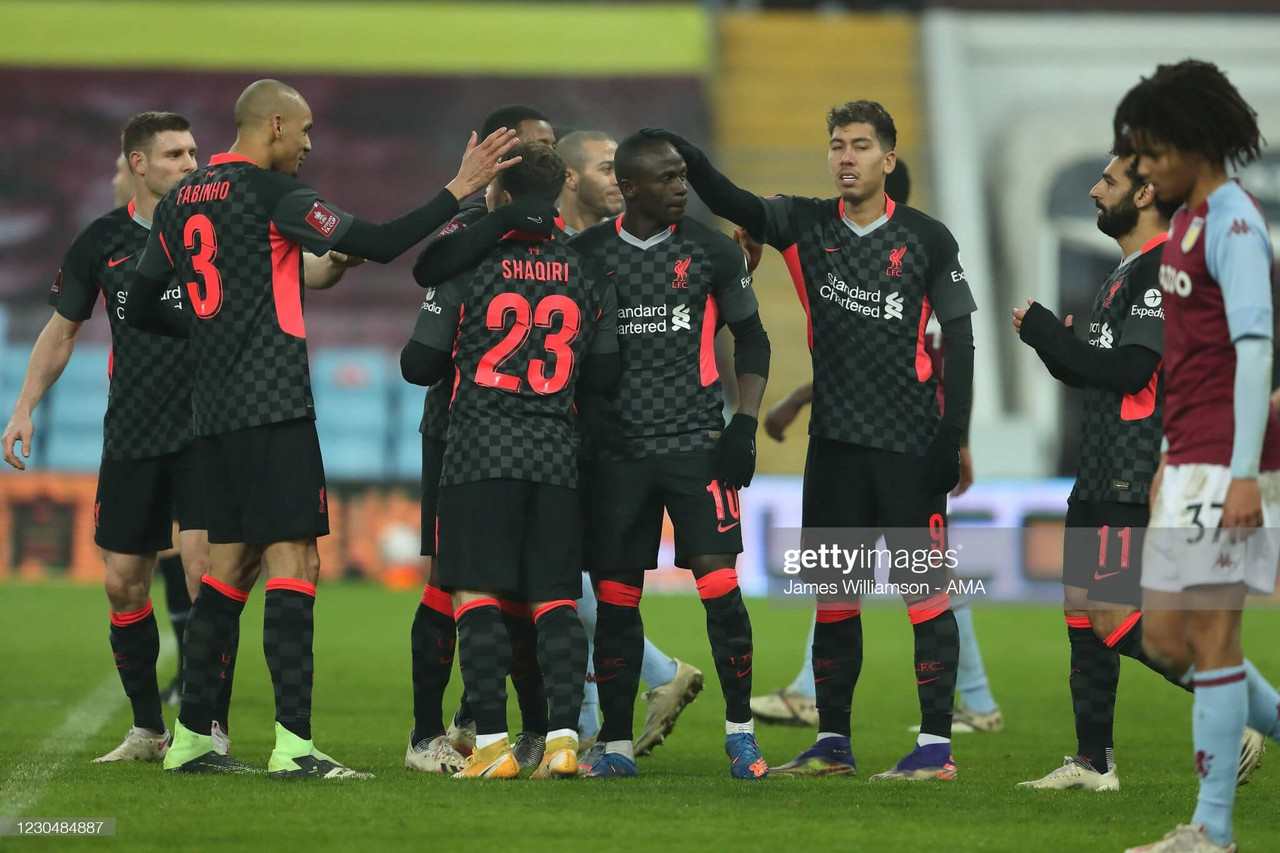 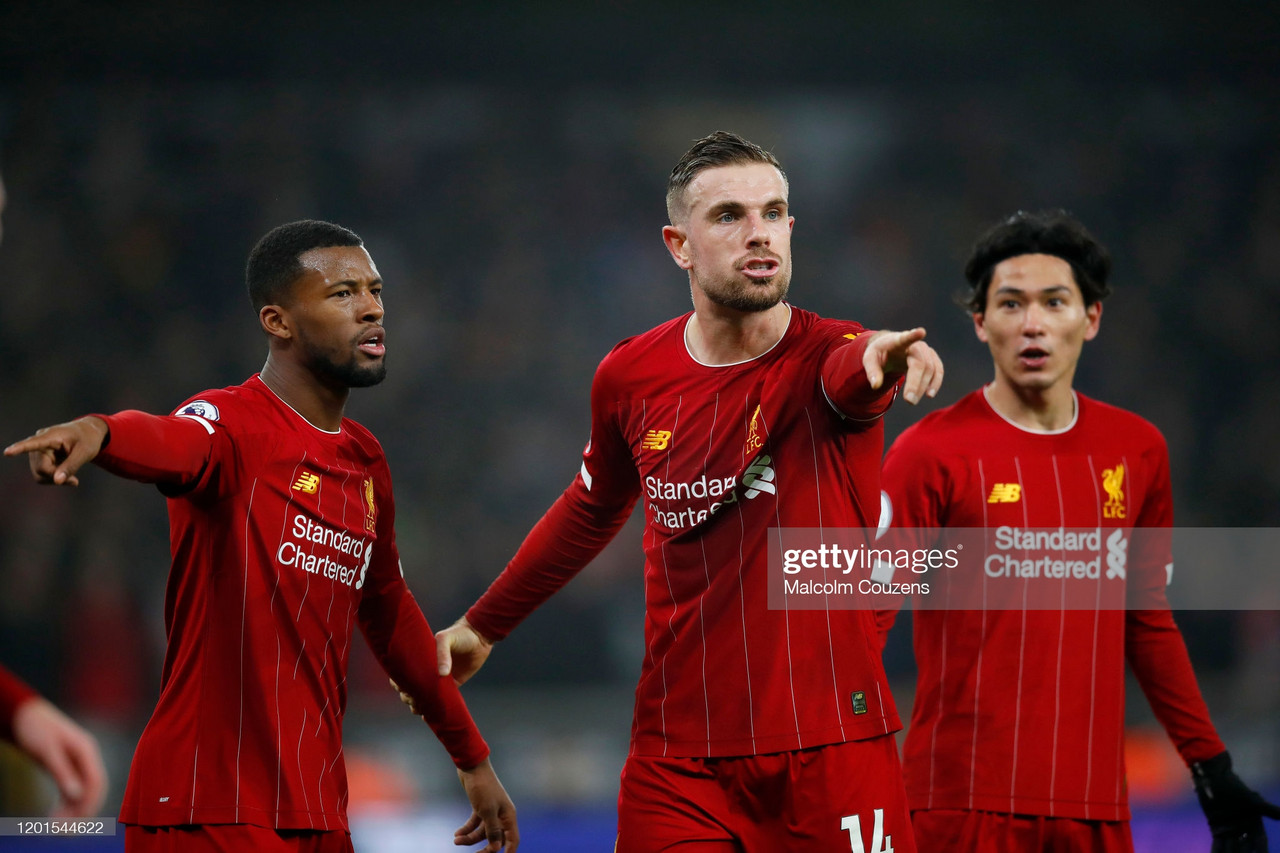 Debate: What is Liverpool's best midfield? 14 days ago 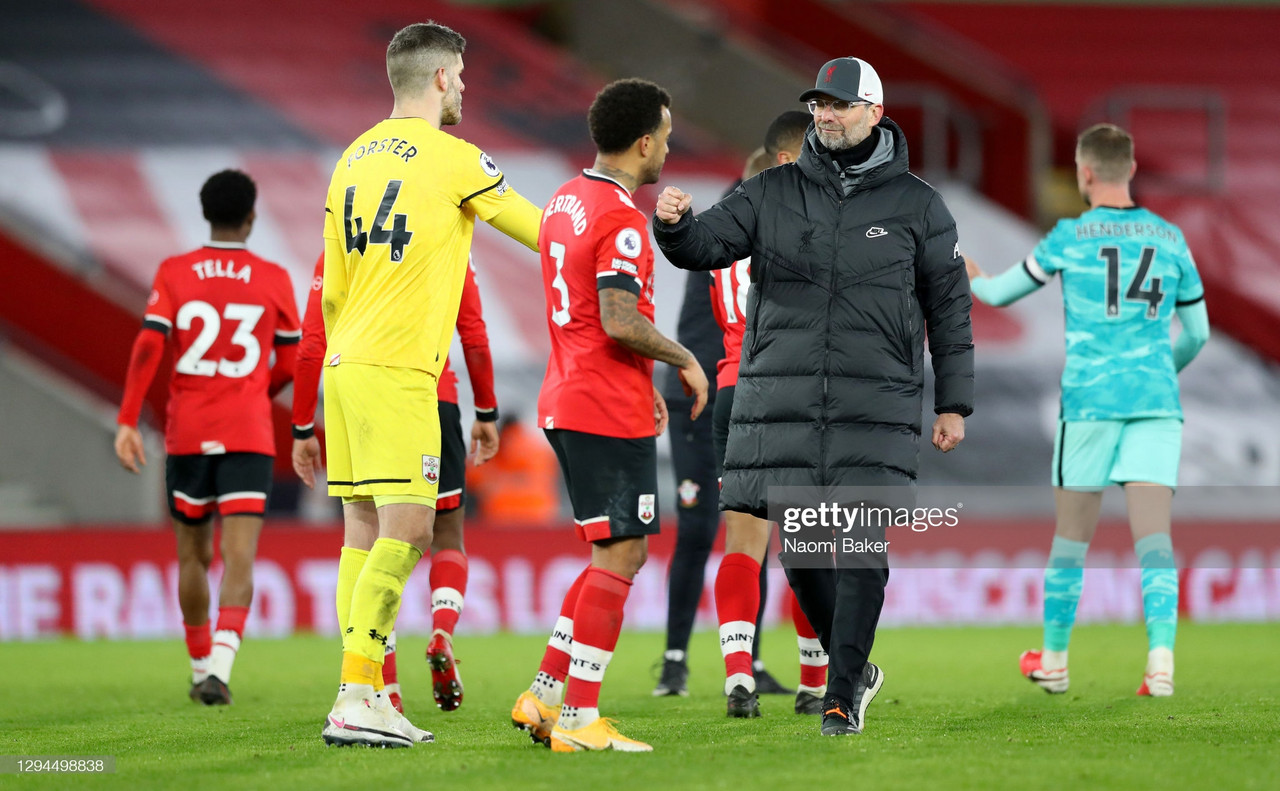