Plymouth Argyle will play Sheffield United in the fourth round of the FA Cup.

If they win against the Premier League opposition at Bramall Lane, they face either Millwall or Bristol City in the fifth round

The Pilgrims have not had it easy so far, but Ryan Lowe’s men have managed to make it to the last 32 of the competition.

Away wins against Charlton Athletic and Huddersfield Town, with a 2-0 home victory against Lincoln City in-between, mean Argyle are only two wins away from the quarterfinals – a feat they last managed in 2007 as a Championship outfit.

Argyle, who were then-managed by Ian Holloway and featuring current Pilgrims players Luke McCormick and Gary Sawyer, were beaten 1-0 by the freshly promoted, Premier League Watford.

A 21st minute strike from winger Hameur Bouazza proved to be the difference as both teams battled courageously on the night in front of the bumper 20,000 crowd at Home Park.

Another quarterfinal appearance could see Plymouth earn an additional £270,000 in prize money, with the Pilgrims already racking up six figures in the competition so far.

The sum that could dramatically increase if they are chosen for live TV coverage along the way, though, Lowe is more focused on how his side play.

The Argyle boss said: “It is not about money, it is about winning games of football and getting as far as we possibly can.

“The money will help, certainly, but it is about the performance of my players on that pitch (against Huddersfield).

“We have scored three fantastic goals to get to the fourth round of the FA Cup, which I believe the club has not been there since 2008.”

The Blades have been riding the crest of a wave under manager Chris Wilder, though, it seems this season they are sailing stormy waters.

With just two points on the board in the Premier League, it is almost certain the side will be plying their trade in the Championship next season.

United ended their six-month winless `run-on Saturday with as they defeated League One side Bristol Rovers in the cup.

A 3-2 victory in the Westcountry means Wilder’s side have failed to keep a clean sheet in their last 22 games, a record that Pilgrims' boss Lowe will wish continues for a bit longer.

The fixture, that will be played between 22 and 25 January, will be the 47th time that both teams have met, with Argyle only managing to win on 15 occasions.

The last clash came six years ago in the FA Cup second round. Two penalties from ex-Pilgrim Jose Baxter and an injury time strike from Marc McNulty saw the Blades run rampant on home turf.

Plymouth Argyle have failed to win at Bramall Lane in their last three attempts, a habit the Green Army will want to break later this month. 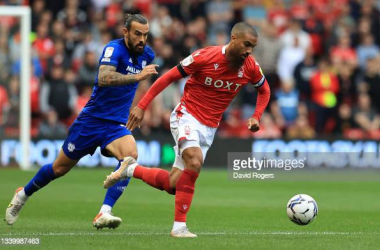 Cardiff City vs Nottingham Forest preview: How to watch, team news, predicted lineups and ones to watch 10 minutes ago

Burnley Transfer News: Who is reportedly linked? Who is close to signing? 6 hours ago

Millwall vs West Bromwich Albion preview: How to watch, kick-off time, team news, predicted lineups and ones to watch 8 hours ago 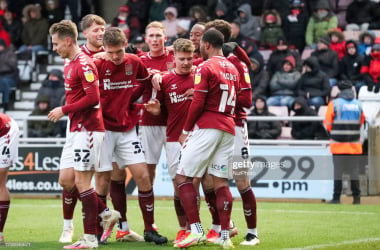 Northampton Town vs Salford City preview: How to watch, kick-off time, team news, predicted lineups and ones to watch 13 minutes ago

Report: Traore's Tottenham saga set to come to an end a day ago