Manager Joachim Low met his players in Frankfurt on Tuesday afternoon, but instead of greeting the twenty players that he has selected to take part in Germany's upcoming EURO 2016 qualifying fixtures, he was one short: Julian Draxler was absent.

Earlier in the day, Draxler had informed the coaching staff that he would be unable to meet up with the rest of the squad before they got started with their training session, saying he was suffering from a cold. The Schalke 04 midfielder will have daily discussions with the medical staff and management to see if he will join up with the squad at a later date. 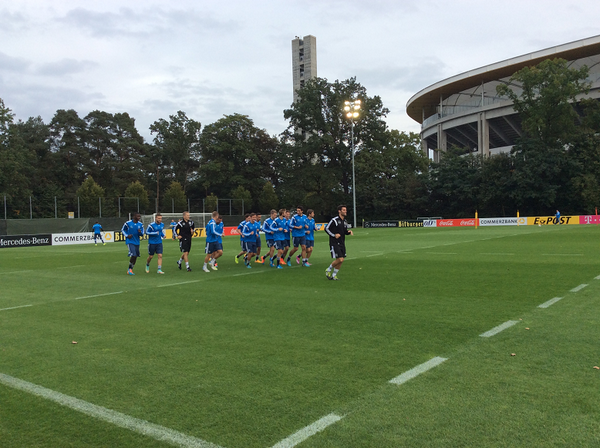 Despite the illness, Draxler has not been entirely ruled out of playing in Germany's qualifying matches. Joachim Low's Die Adler will face early group leaders Poland in Warsaw on Saturday, before taking on Ireland next Tuesday. The 21-year-old may still feature as Germany look to kick on in their qualifying campaign.

Is Karim Adeyemi The Perfect Man For Marco Rose? 2 days ago

Bundesliga free agents clubs should be targeting a month ago

Borussia Mönchengladbach: State of the squad - June 2022 2 months ago

Why do Bundesliga clubs keep attracting some of the best young English footballers? a month ago
//