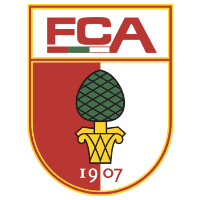 Goals from Alcacer (2), Sancho, Reus and Brandt secure a comfortbale win after Niederlechner's first minute opener.
16:19a year ago

88: Witsel close to a sixth

Gotze's cross comes right through to Witsel but the Belgian slices his shot wide.
16:14a year ago

A sublime pass by Witsel picks out substitute Julian Brandt who volleys past Koubek with his first touch for a debut goal.
16:09a year ago

Sancho tees up Alcacer on the edge of the box and the Spaniard finds the top corner for his second of the game.
15:49a year ago

Koubek flaps at another cross, failing to collect and the ball drops for Marco Reus to smash the ball into the net.
15:42a year ago

Augsburg fail to clear the ball convincingly after Witsel's cross and Jadon Sancho controls before drilling the ball into the bottom corner.
15:37a year ago

Back underway at Signal Iduna Park
15:20a year ago

Niederlechner's first minute goal was quickly cancelled out by Alcacer.

Koubek has kept the hosts at bay since, with Augsburg struggling to get out of their half.

Reus cuts in from the wing and beats two defenders before seeing his dangerous cross pushed away by Koubek once more.
14:59a year ago

Koubek is called into action once again, this time to palm the ball over after Axel Witsel let fly from distance with a powerful strike.
14:57a year ago

Jadon Sancho's volley is blocked before Marco Reus fires the ball goal-bound, only to be denied by a fine stop from Koubek.
14:43a year ago

Julian Weigl strikes a fine volley from the edge of the box but Koubek acrobatically tips the ball over the bar.
14:37a year ago

The lead does not last long, as Paco Alcacer levels the score after latching onto a poor touch from Tomas Koubek in the Augsburg goal.
14:36a year ago

The visitors make an ideal start as Florian Niederlechner opens the scoring almost straight from the kick-off.
14:29a year ago 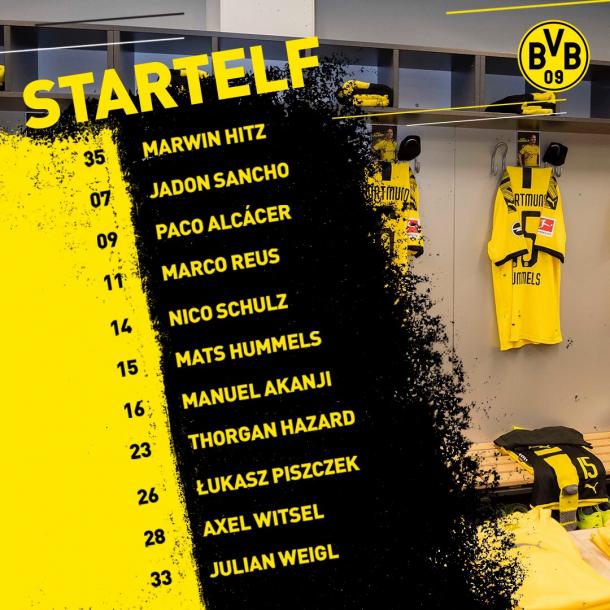 13:13a year ago
Do not miss a detail of the match with the live updates and commentaries of VAVEL. Follow along with us all the details, commentaries, analysis and lineups for this Dortmund vs Augsburg match.
13:11a year ago

How to watch Dortmund vs Augsburg Live TV and Stream

If you want to watch the game on TV, your options are: Unfortunately, the game is not being broadcast live on British TV.

If you want to directly stream it: Sky Bet App

Schmidt has a number of injuries to contend with this afternoon with no less than five players currently on the treatment table.

Jeffrey Gouweleeuw (Thigh), Iago (Knee), Raphael Framberger (Knee) and Felix Gotze (Hip) will all miss out, whilst Sergio Cordova is not yet considered match fit.

Caiuby is suspended for the fixture.

Raphael Guerreiro is expected to miss out once again as he continues his recovery from a muscular injury, however, Favre has the rest of his first team squad available.

Summer signings Julian Brandt, Thorgan Hazard and Nico Schulz could all make their league debuts for the Black and Yellows.

Augsburg hope to put cup exit behind them

Last Saturday's 2-1 DFB Pokal defeat to fourth tier Verl was not the start Martin Schmidt would have hoped for with a number of new players making their debuts.

Having only avoided the relegation play-off by four points in May, Schmidt will be hoping new arrivals Tomas Koubek and Marek Suchy will carry his side to a more stable league position.

Lucien Favre's young Dortmund mounted an impressive title challenge in 2018-19 and were unlucky to miss out on the title by two points to Bayern Munich.

This came after they had lead by nine points earlier in the campaign prior to losing 5-0 at the Allianz Arena.

If the likes of Jadon Sancho and Marco Reus can reach the same heights as last season then there is no reason Dortmund cannot win their first title since 2012.

This is both sides' first league game of the season after the Bundesliga kicked off last night. Both Dortmund and Augsburg were in cup action last week.
12:29a year ago

The Dortmund vs Augsburg match will be played at Signal Iduna Park in Dortmund, Germany. The kick-off is scheduled at 14:30 BST.

Borussia Monchengladbach vs Schalke preview: How to watch, kick-off time, team news, predicted lineups and ones to watch 5 days ago

Wolfsburg vs Werder Bremen Preview: How to watch, kick off time, team news, predicted lineups, and ones to watch 6 days ago

The curious case of Werder Bremen 7 days ago

Bayern Munich 1-1 Werder Bremen: The reigning champions have to settle for a point 11 days ago

Borussia Monchengladbach vs FC Augsburg preview: How to watch, kick-off time, team news, predicted lineups, and ones to watch 12 days ago

Bayern Munich vs Werder Bremen Preview: How to watch, kick off time, team news, predicted lineups, and ones to watch 12 days ago

Bayer Leverkusen vs Borussia Monchengladbach: How to watch, kick-off time, team news, predicted lineups and ones to watch a month ago
Restore your password
Please enter your user name or email.
Login Member or Writer Panel
Enjoy your own Customized Newspaperwith VAVEL topics' carousels!