Xabi Alonso is in talks to become the new manager at Borussia Monchengladbach at the end of the current season.

The former Liverpool, Bayern Munich and Real Madrid favourite is currently managing Real Sociedad's B team, but Bild revealed he is in talks with the Bundesliga side, and if appointed are he will return to Germany in June to take the top job at Monchengladbach.

Alonso would replace Marco Rose, who signed a deal last month to become Borussia Dortmund manager at the end of the season after activating a clause in his current contract.

Gladbach were challenging for the Champions League places before Christmas but have fallen to 10th in the Bundesliga after an alarming downturn in results.

Alonso won three Bundesliga titles with Bayern after being signed by Pep Guardiola in 2014 and ended a glorious playing career three years later.

And Bayern’s chairman, Karl-Heinz Rummenigge, was certainly impressed with how the playmaker conducted himself both on and off the pitch.

He told Kicker in 2019: “I think we have to make an effort to bring Xabi Alonso back to Bayern at some point. He is the best central midfielder we’ve had in recent years.

"He wasn’t the quickest, but he was the best strategically and the most intelligent I’ve ever seen in our midfield. He was a marvellous player, who speaks four languages and German fluently.

"He was a real personality. I’d really like him to return to Bayern one day, he’s a true gentleman.” 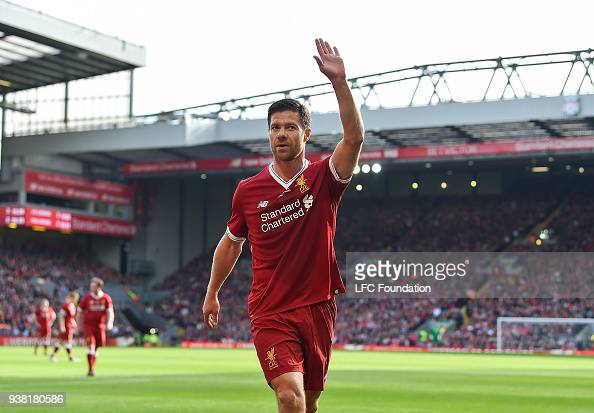 Meanwhile, the former Liverpool and Real Madrid midfielder's stock is very high and he has been coaching Sociedad's B team in the third tier of Spanish football.

There was a general feeling that he would eventually take the reins of the first-team at Anoeta, following in the footsteps of Imanol in rising from the B team to the top job.

But with Imanol currently impressing in the hot-seat, Alonso could opt to speed up his journey to a top European club by heading to the Bundesliga.

The 39-year-old ended his career in German football with Bayern in 2017, before heading to Real Madrid's youth academy to begin his coaching career.

From there he headed back to his boyhood club Sociedad in 2019 and has not looked back since.

He has won 23 of his 48 matches in charge of the team and this season they sit top of the 10-team Group 2 Group A in a convoluted Segunda B set-up.

With another of his old teams Liverpool struggling in the Premier League this season, there had even been calls for him to take over at Anfield when his Sociedad contract expires at the end of the season.

At Liverpool, he won the 2005 Champions League, as well as an FA Cup and Community Shield, and is well-loved by the club's supporters who fondly remember his midfield partnership alongside Steven Gerrard under Rafa Benitez's guidance.

RB Leipzig 4 - 0 FC Augsburg: Leipzig get back on track in style 19 days ago

RB Leipzig vs FC Augsburg Preview: How to watch, kick-off time, team news, predicted lineups and ones to watch 20 days ago

Arminia Bielefeld vs Bayern Munich preview: How to watch, kick-off time, team news, predicted lineups, and ones to watch a month ago

Have Borussia Dortmund gone backwards under Marco Rose? 2 months ago

Hertha Berlin’s latest saviour? Can Felix Magath save the ‘Old Lady’ from relegation? 2 months ago

Bayer Leverkusen vs FC Köln preview: How to watch, kick-off time, team news, predicted lineups, and ones to watch 3 months ago

Werder Bremen vs Dynamo Dresden preview: How to watch, kick-off time, team news, predicted lineups, and ones to watch 3 months ago

The rise of Christopher Nkunku 3 months ago

Who goes down between VfB Stuttgart, FC Augsburg, Hertha Berlin, and Arminia Bielefeld? 3 months ago
//