Swansea City are the second side to visit the King Power Stadium this season hoping to defeat the Premier League Champions.

After a slow start to their title defence, Leicester City will be looking to secure their first three points of the season. Francesco Guidolin's side, on the other hand, registered their first win on the opening day of the season. In their first two games, both teams have been beaten by newly-promoted, managerless Hull City, the unpredictability of the Premier League has definitely returned!

Both sides have made their main accusations in the transfer market as it moves into its final weeks. However, both sets of fans have had to come to terms with departures of star players.

The Foxes faithful were disappointed to see one of last term's heroes, N'Golo Kante, move to the capital to pull on the shirt of Premier League rivals, Chelsea. The gap left by the Euro 2016 finalist was quickly filled by the signing of Nampalys Mendy, the original target of Leicester's scouts before signing Kante. Although, in his first home appearance, Mendy picked up an ankle injury that could leave him sidelined for a substantial period.

For the away team, they've had to deal with losing last season's star as well as their long-standing captain. The sale of Andre Ayew seemed imminent after West Ham expressed their interest in a £20 million purchase. The Ghanaian forward particularly impressed last season especially in the air with only 5 foot 9 inches worth of height. The departure of Welshman, Ashley Williams, to Everton would've hurt the Swans' fans the most as the Swansea and Wales skipper spent eight years at the Liberty Stadium, in which his side nearly dropped out of the Football League.

Guidolin didn't take long to replace these big gaps. The signing of the experienced Fernando Llorente from Sevilla was seen as a transfer that would've been good for a top 6 team. The age of Llorente (31) is the only thing that makes the transfer potentially risky but the £5 million price tag doesn't pose a huge risk. The Swans also broke their transfer record with the signing of Borja Baston from Atletico Madrid for £15 million. At the age of 23, his potential will hopefully be exploited by Swansea as his best years are definitely ahead of him.

Mike Van Der Hoorn was signed for £2 million and would've possibly have been signed as back-up for Williams. But with the captain leaving, it now means Van Der Hoorn will have a bigger role at the club. As far as business goes, Swansea have had a good window as they have made £40 million whilst only spending £30 million. Although, the fans will certainly want to see at least £10 million spent in the last week of the window. 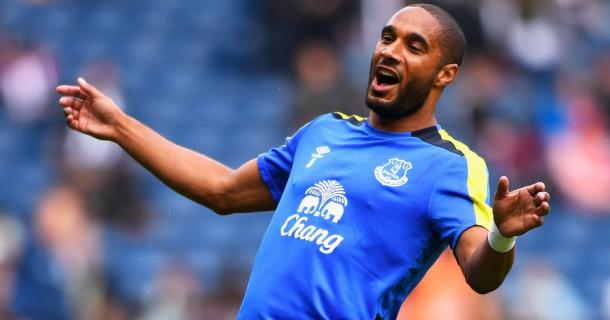 Neither side has had the start to the season they would've desired, especially not the hosts. An embarrassing opening day defeat to a newly-promoted Hull team brought back the doubters who were adamant that the Foxes wouldn't win the league. However, after a tough pre-season, Ranieri did confirm that his players were only 70% fit. The lack of fitness was apparent as they were put to the sword by a side without a manager and a team that still looked fit for the Championship.

This poor performance was then followed by a solid 0-0 draw with Arsenal where Ranieri's team looked like they were on their way to their best. Robert Huth's return to the team seemed to solidify the defence after they looked disorganised against Hull, showing just how much of an impact the German has. One worrying sign is the lack of ruthlessness in front of goal so far this season with Jamie Vardy and Riyad Mahrez missing a couple of chances that they possibly would've found the back of the net last season. A promising result and performance nonetheless.

Swansea's season got off to a considerably better start as they also faced a newly-promoted team in the form of Burnley. They scraped a hard-fought 1-0 win over a well-drilled Clarets side after new signing, Leroy Fer, scored a late winner. The Swans may feel lucky to have claimed all three points as Burnley did everything to deserve a share of the points.

Their second game was less than impressive as they, like the Foxes, were defeated by Hull. A game that they felt would've been a comfortable victory beforehand saw them concede two goals after the 78th minute. As they continued to dominate possession in the second half, the Swans were caught on the break and Shaun Maloney slotted home from close range. As Guidolin's men searched for a late equaliser they were again caught, this time, Abel Hernandez capitalised to double his team's advantage.

The possibly serious ankle injury picked up by Nampalys Mendy in the Foxes' game against Arsenal means he won't be in contention for Saturday's fixture. He's joined by Jeff Schlupp on the physio table, who also won't make a return to the first team this weekend. Other than that, a full-strength selection for Claudio Ranieri.

Swansea fans will have to wait to see their new record signing, Borja Baston, as he is still recovering from an injury that he had before he completed his move. Francesco Guidolin will be pleased to see that he has a full squad at his disposal ahead of his third Premier League outing. 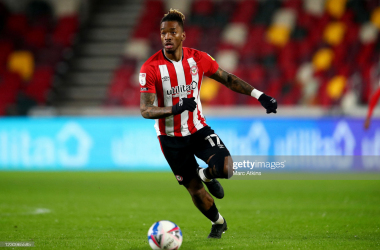 Analysis: Could Ivan Toney be a future Jamie Vardy replacement? 14 hours ago 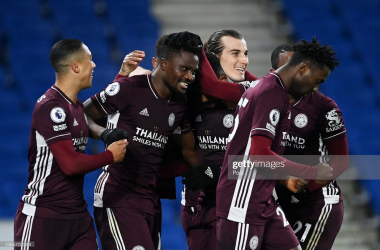 The Warm Down: Late Leicester goal earns three massive points for the Foxes 20 hours ago 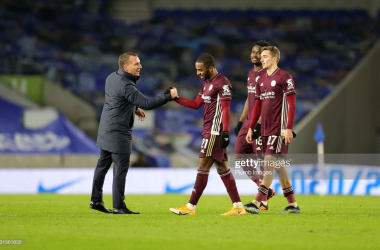