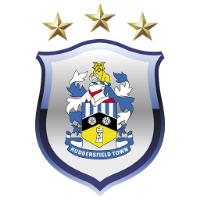 Leicester City began 2018 with an excellent performance as they overcame Huddersfield Town 3-0 at the King Power Stadium on New Years Day.

The clash in the Midlands kicked off at a slow pace as either side struggled to create any chances of note. Goals from Riyad Mahrez and Islam Slimani after the break though secured the three points before Marc Albrighton rounded off the scoring in the final minute.

Foxes' boss Claude Puel made three changes to the team that was beaten 2-1 by Liverpool at Anfield on Saturday afternoon. Jamie Vardy dropped out of the squad with a groin strain and was replaced by Islam Slimani. Vicente Iborra and Demarai Gray meanwhile also dropped out in place of Shinji Okazaki and Matty James.

There was also a place on the bench for summer signing Adrien Silva who was given special dispensation by the Premier League to take part against the Terriers.

David Wagner also made a handful of alterations to his staring line-up. Joe Lolley came in for his first league start of the season. The Englishman was also joined by Chris Löwe, Tommy Smith and Danny Williams. Steve Mounié lead the line for the visitors in place of Laurent Depoitre.

It took a while for the game to really ignite into life at the King Power Stadium despite Huddersfield getting a chance early in the game; Chris Löwe striking from distance only to find the gloves of Kasper Schmeichel.

The visitors may well have felt aggrieved mid-way through the first period as Danny Williams broke through into the box only to be halted by Harry Maguire. The away contingent appealled loudly for a penalty only for their shouts to fall on deaf ears.

Claude Puel was forced into an early alteration to his team as Foxes' skipper Wes Morgan had to be replaced through injury after a crunching challenge on Steve Mounié. Aleksander Dragović came on in the place of the Jamiacan international.

Wilfred N'didi could have had the chance to open the scoring in the closing stages of the first-half but could only put his powerful shot just wide as the ball fell to the Nigerian on the edge of the box. As a result, both sides went into the break level-pegging.

Following a period devoid of any real quality, it was Puel troops who re-emerged with far more energy and vigour. Islam Slimani did well to connect with a cross from Marc Albrighton, only for his header to fall comfortable in the arms of Jonas Lössl in the Huddersfield goal.

The Foxes however did not have to wait much longer for their opener. Albrighton was again involved as he crossed back into the box following a poor clearance. Riyad Mahrez found space at the back post and with a sweetly-struck volley, stroked the ball beyond the goalkeeper and into the far corner to give the Foxes the lead.

It seemed as though the East-Midlanders had doubled their advantage with Shinji Okazaki capitalising on poor Huddersfield defending but the strike was ruled out for a foul on Terriers captain Tommy Smith.

They did not have to wait much longer to find the net again. Mahrez again found space in the midfield and played an inch-perfect ball to Slimani who raced through on goal. With the on-rushing Lössl bearing down on the striker, he chipped the ball over the stopper and raced away celebrating his first Premier League goal of the season.

Puel's men could well have found the net again not long after following good combination play between Slimani and Okazaki but Christopher Schindler did well to edge in front of the Japanese forward and prod the ball away. N'didi was then also unlucky to crack the bar with a powerful header from a corner.

Leicester fans did have something else to cheer, but this time not a goal. Summer signing Adrien Silva was introduced to the King Power Stadium for his first minutes of football for his new club following his registration on Monday.

Albrighton did have an effort ruled out for offside before well and truly wrapping up the three points. Barely 60 seconds later, the Englishman collected a loose ball in the box and slammed home into the unguarded net to get Leicester City's 2018 off to an excellent start.

Leicester City vs Southampton: Where could the game be won or lost?7 hours ago

Leicester City vs Southampton preview: How to watch, kick-off time, team news, predicted lineups, and ones to watch12 hours ago

Opinion: Is it time for a change on the right side at Leicester City?2 days ago

The Warm Down: Foxes ease through to the fourth round with win at Stoke6 days ago