Since losing to Chelsea two weeks ago Manchester United have bounced back winning two games in a row. The Red Devil's opponent for this fixture, Reading, have bagged only two points after playing Arsenal 1-1 and Aston Villa 2-2.

Manchester United won this fixture back in December with 2 goals to 1after goals from Leah Galton and Hayley Ladd with Reading's goal coming from an own goal, caused by Millie Turner.

On Sunday the Royals have the opportunity to seek revenge when this game kicks off at 12:30 GMT.

Manchester United have announced contract extensions of both Kirsty Hanson and Leah Galton.

The newly signed deal will keep her at the club until June 2024, with the option to extend for a further year.

The 26-year-old winger joined the club in July 2018 and has been very successful ever since although the real break-through might have been the current season. Galton has made 51 appearances in all competitions, scoring 14 goals.

The same deal has been announced with Hanson, who has been playing an essential part of United's skyrocketing success. The 22-year-old Scotland international joined the club in July 2018 and has 57 appearances in all competitions and 11 goals so far on her track record.

The 18-year-old Mexico Under-20 international joined Emma Hayes' Blues last June after spending time in the Gunners academy. She didn't make any appearances for the reigning champions but it's most likely that the women's football fans will see her in action with the Royals. Perhaps already this weekend vs United.

Leah Galton has scored in each of United's last two games at Leigh Sports Village, netting three goals in total. If she scores against Reading on Sunday, she would become the first player to score in three straight FA WSL games at United's home ground. If this happens Galton would write another new piece of history for the Red Devils.

A player not often mentioned in Reading is Deanna Cooper. She has appeared in all 12 games that the Royals have been playing this season in the league. Mostly playing on the right-hand side as a centre-back. Joining Reading from Chelsea it's not a surprise that Cooper has been earning a lot of trust from Kelly Chambers and on average, the centre-back has been playing 84 minutes per game. Her heat map from Wyscout.com can be seen here. 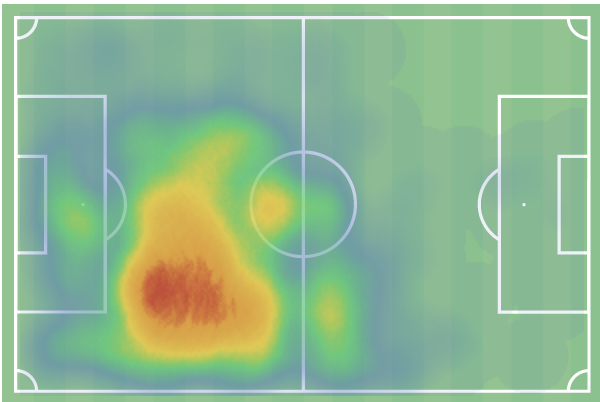 The last time Reading last won against Man Utd was back in the Vitality Women’s FA Cup quarter-finals in March 2019. That game was decided on extra-time after a goalless 90 minutes, where Reading won 3-2 after five goals scored.

This game is selected to be broadcasted on TV in the UK.

In Scandinavia and Finland it will be on ViaPlay/NENT Group

In Australia it's on Optus Sport, in New Zealand on SparkNZSports, in the US, Italy and Germany ATAfootball.com is your place to go.

Meet Mark Skinner: the new Manchester United head coach hoping to take the reds to Europe and beyond a month ago

England Women to host Northern Ireland at Wembley: How to get tickets, fixture details and more 2 months ago

Exclusive interview with Molly Holder: What is a footballer's pre-season really like? 2 months ago