Hull City have had a good start to the 2022/23 season, with tough defeats to West Brom and QPR cushioned by wins against Bristol City, Norwich City and Coventry City.

They have won three, drawn two and lost three so far, and had taken maximum points at home until a 2-0 loss to Sheffield United last time out.

They sit 11th in the Championship table ahead of this game.

It has been all change at Stoke City in recent weeks, with Alex Neil beginning his reign with a draw to Swansea City and a 2-1 loss last time out to Reading.

The Potters have won just one away game so far this season, a 1-0 victory at Blackburn Rovers.

Neil's men are currently lingering in 20th position in the league standings.

The Tigers' recent injury crisis has been aided by the weekend's postponements, with Shota Arveladze seeing a number of first-team players return to training without having to rush them into a game.

Midfielder Greg Docherty is set to return to the matchday squad after over a month out with a muscle problem, whilst Jean Michael Seri and Ozan Tufan have both trained with no problems following their return to action against Sheffield United.

Summer signing Dwight Gayle has returned to training in the last week after sitting out of his side's loss to Reading with a sore ankle.

Nick Powell made his long-awaited return in that fixture and has reported no relapse in injury after medial ligament damage saw him sidelined for two months.

Sam Clucas will miss out on a trip to his former club after suffering a hamstring problem against the Royals.

Colombian forward Estupinan arrived on Humberside this summer with no experience of English football after years in Portugal and Turkey, so he would have been forgiven had he taken time to settle in. However, with seven goals in his first eight league games, that has definitely not been the case.

He burst onto the scene as a youngster with Once Caldas before moving onto Vitoria de Guimaraes in 2017 and enjoying loan spells at Barcelona SC in Colombia and Denizlispor. He netted 15 goals in Portugal's top flight for Vitoria last season, prompting Hull to spend £3.15 million on him in July.

26-year-old Fosu joined the Potters on loan from Brentford this summer and has made five appearances so far in a Stoke shirt. The Bees' Director of Football Phil Giles described the move as "the perfect solution to get him back playing regular minutes at a level where we know he can excel."

His career began at Reading, before notable spells at Colchester United and Charlton Athletic and Oxford United took him to Brentford in 2019. He has played 63 times in his three seasons in West London, playing in the Premier League once last season. His preferred position is on either wing, but he is likely to be utilised at wing-back at Stoke.

The game is being held at the MKM Stadium in Kingston-upon-Hull, East Yorkshire.

The game will be live on Sky Go Extra and Sky Red Button. 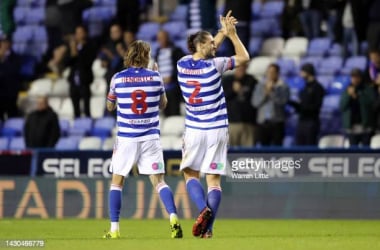 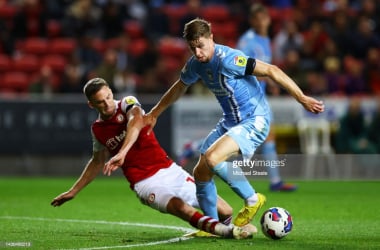 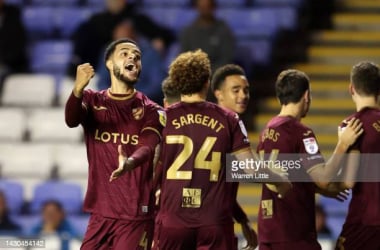 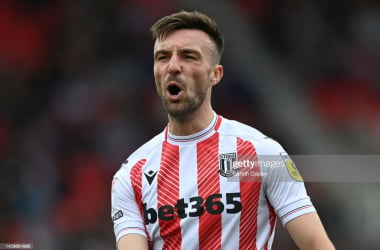 Beale Ball: A look at Mick Beale's start to life at QPR 6 days ago