Nobody can doubt the array of world class talent that Chelsea have delivered to the Premier League over the years, either importing them from afar or developing them closer to home.

Current boss Frank Lampard is the highest scoring midfielder in the league’s history, Petr Cech has kept more clean sheets than any other goalkeeper in the division and John Terry is arguably the best club captain this country has ever seen.

Yet, there is one particular numbered jersey that stands out in the Stamford Bridge vaults; the no.10 has been handed down through the Blues generations, but who has earned the right to wear the iconic two digits.

Not only top of these rankings, Eden Hazard would not look out of place among the Chelsea demi-gods. Originally assigned the no.17 in 2012, following his arrival from Lille, the Belgian was eventually born into the infamous number.

In his first full season, Hazard had already been voted in the PFA Team of the Season (an accolade he would receive a further three times), alongside aiding Chelsea to Europa League glory, unfortunately missing the final through injury. 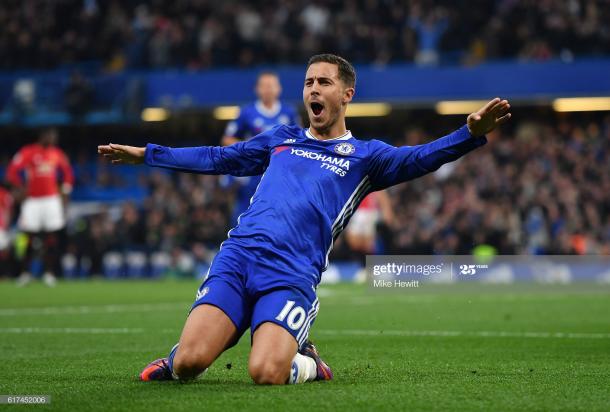 Simply a sign to come, the hazardous forward began to stamp his authority upon the league, most evidently in 2015 when, he scooped up four individual awards, including the PFA Players’ Player of the Year and FWA Footballer of the Year, as Chelsea won Premier League and League Cup double under Jose Mourinho.

Managers came and left, yet Hazard remained the gem in Chelsea's jewel cabinet, earning the Premier League crown again in 2017 with Antonio Conte and the Chelsea's Player of the Year vote. 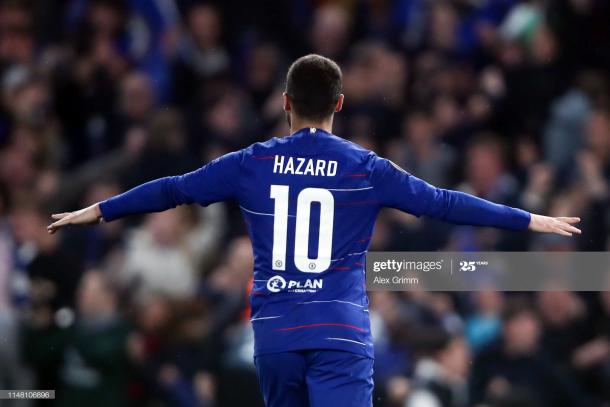 It became the worlds worst secret that he dreamed of moving to Real Madrid, finally fulfilling his fantasy last summer, but not before ending the season with a goal contribution of 38, another Europa Leagues medal and the Blues Players Player of the Season mantel.

With +100 goals and assists, endless silverware and mesmerising personal performances, there is no question Eden Hazards no.10 hall of fame spot.

All these merits may not have been possible had Joe Cole not persuaded Hazard to join Chelsea, during the pairs brief spell at Lille together shortly before the Belgians transfer.

Cole left for France following seven superb years at the Bridge, having left Chelsea's London rivals, West Ham, in 2003 following their relegation. His intricate footwork and confident skill on the ball drew the attraction, a rare trait for English footballers during this era. 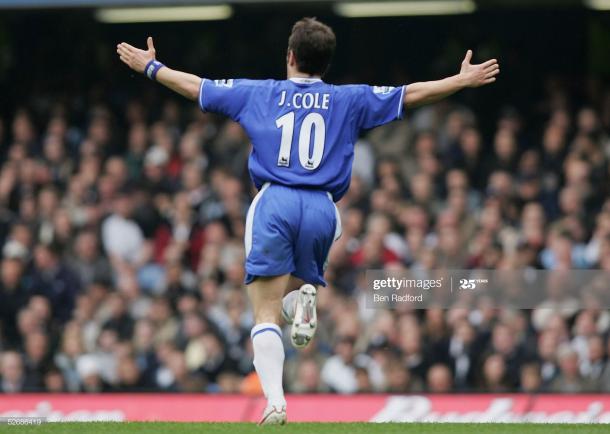 A preference of Mourinho's, Cole was instrumental towards back-to-back Premier League titles, scoring twice against his future employers Liverpool during the first, and more prominently his sparkling solo goal against Manchester United to secure the second; a place in the PFA Team of the Year was his just reward.

Cole featured in a duo of finals during the 2007/08 season, both ending in defeats in the Champions League and League Cup respectively, but was still named as Chelsea's Player of the Year for his excellent individual campaign. 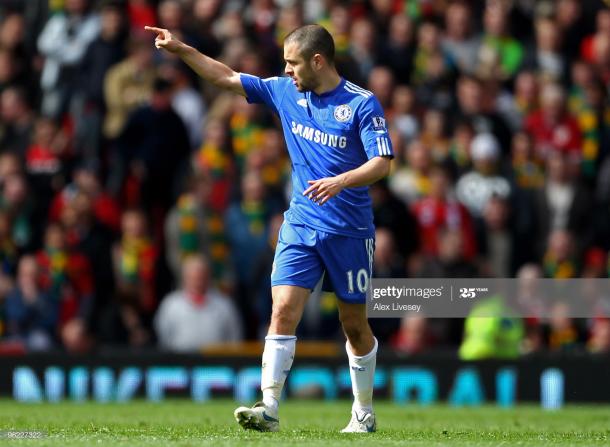 In his final term in the capital, Cole captured a third league winners medal, after single handily defeating Manchester United to ensure the trophy came back to the Bridge. Include the three FA Cups and two League Cups, he set sail for Liverpool in 2010.

Taking an even further step back in the Chelsea time capsule, Mark Hughes was part of the 1990s revolution that propelled the Blues back to the top of the English elite.

Other star-studded signings included Ruud Gullit, Gianluca Vialli, Frank Leboeuf, Marcel Desailly and Gianfranco Zola, the latter forming a formidable frontline alongside Hughes in 96/97 as they drove the team to FA Cup glory. 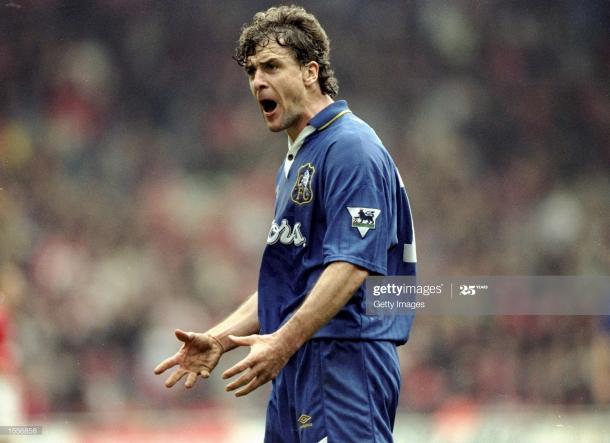 The Welshman seemed to excel in the cup competitions, coming from the bench against Liverpool in their run to this particular final, turning a 2-0 deficit into a 4-2 romping as the Blues won their first major trophy in 26 years.

Hughes sprung on as substitute again, on this occasion in the European Cup Winners' Cup semi-final against Vincenza, a stunning strike that sent Chelsea on their way to more silverware. 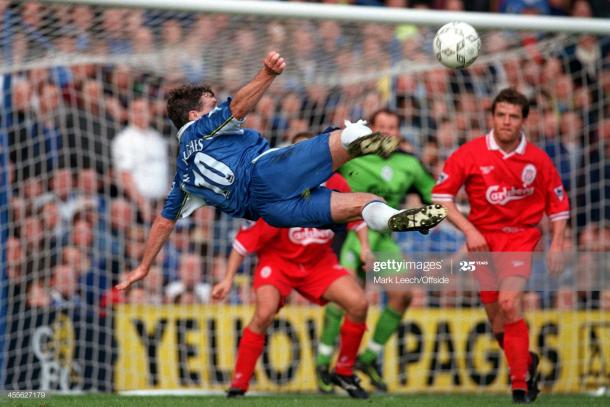 39 goals in 123 games certainly wasn't prolific, but the handful Hughes did net was part of the bigger rebuilding job at the Bridge, setting a platform for the European power house we witness today.

A fan favourite wherever he played, Juan Mata may have regretted his move to Manchester United in 2014, having become a crucial cog in Chelsea's trophy capturing machine.

As debut seasons go, few could match the instant impact of the small Spaniard, netting 12 goals and a further 20 assists during a historic 12 months for the Blues. 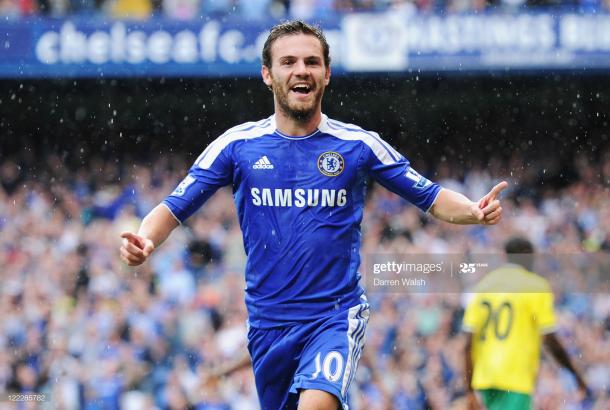 Firstly, the FA Cup win over Liverpool had Mata written all over it, contributing eight goals on the road to Wembley (four goals, four assists), including the pass to Ramires for the opener and the Man of the Match award.

More poignantly was the improbable Champions League victory over Bayern Munich, Mata featuring in all but one match up to the tie in Germany. Having played 120 minutes, the midfielder saw his penalty saved by Manuel Neuer, yet the 'keepers efforts as Chelsea ended eventual champions, inspired by Didier Drogba. Mata was, of course, voted the clubs Player of the Year. 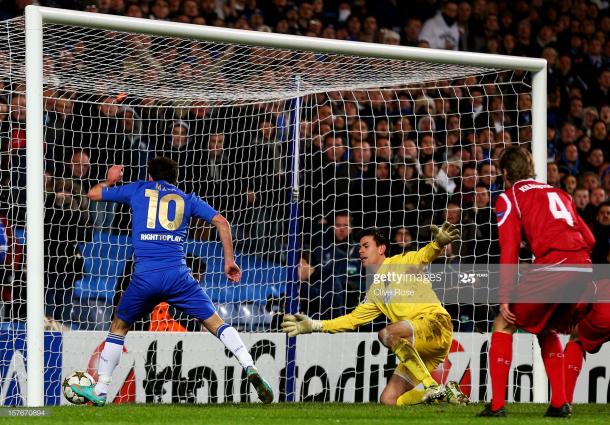 The same accolade was award in the following campaign, totally eclipsing his previous tally of goal contributions, with a staggering 35 assists and 19 goals across all competitions. His contribution to another European scalp, the Europa League win over Benfica, came from the corner that Branislav Ivanovic headed in the deciding goal.

Mourinho's return to Chelsea ultimately saw the end of Mata's career in the capital, switching allegiances to United; in an ironic turn of events, the pair would be reunited in Manchester after the Portuguese was unveiled as manager in 2016.

Within the ranks of heavy artillery reinforcements that rolled in during the 90s, Gavin Peacock silently went about his business in a humble and efficient manner.

Before becoming Glenn Hoddle's first signing as Chelsea manager, Peacock had fired Newcastle United to the Division One title with 12 goals, ensuring the Magpies nest would be set in the new founded Premier League. 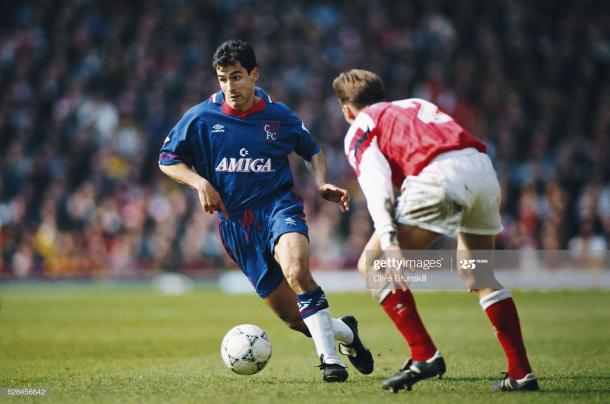 Two winning goals against Manchester United stood Peacock in good faith with the fans, his love affair increased after scoring in every round of the eventual FA Cup defeat to the same opponents.

Now with a showroom full of flashy Premier League players, Chelsea were in serious contention for major silverware, but from their array of talent, it was Peacock that scored the Blues first ever hattrick in the competition.

Unfortunately, there would be no title charge that season Gullit took over as player-manager, Peacocks place in the side began to shrink, eventually moving across the city to Queens Park Rangers, the club his career began with.

Cesar Azpilicueta: ‘It will be a life-or-death match’ 12 hours ago

‘Andreas Christensen is one of the best defenders out there’: Chelsea’s Great Dane sends waves around Europe a day ago

From Chelsea’s 2012 Champions League semi-final hero to frozen out under Guus Hiddink. What happened to Ramires? 3 months ago
//