It is no secret that Everton are in dire need for a goal scorer, a number nine, someone to stick the ball in the back of the net and make Goodison Park rock and turn losses and draws into wins. In their opening three Premier League fixtures, they have scored just two goals, with the first being an own goal and the second from Demarai Gray to rescue a point against promoted side and big spenders Nottingham Forest.

Everton lost their main attacking threat very early in the window, as 60m proved enough to see Brazilian forward and fan favourite Richarlison, make the move down South to join Spurs, to see to his dream of playing Champions League football. He contributed 10 goals during last season’s campaign, arguably being the biggest reason that the Toffees managed to remain a Premier League team.

You would imagine that given Richarlison was sold so early and for a big fee that the club would have secured one, if not two decent, prolific forward options to add to the squad ahead of the campaign. However, this is not the way of Everton Football Club usually, it's never that easy. 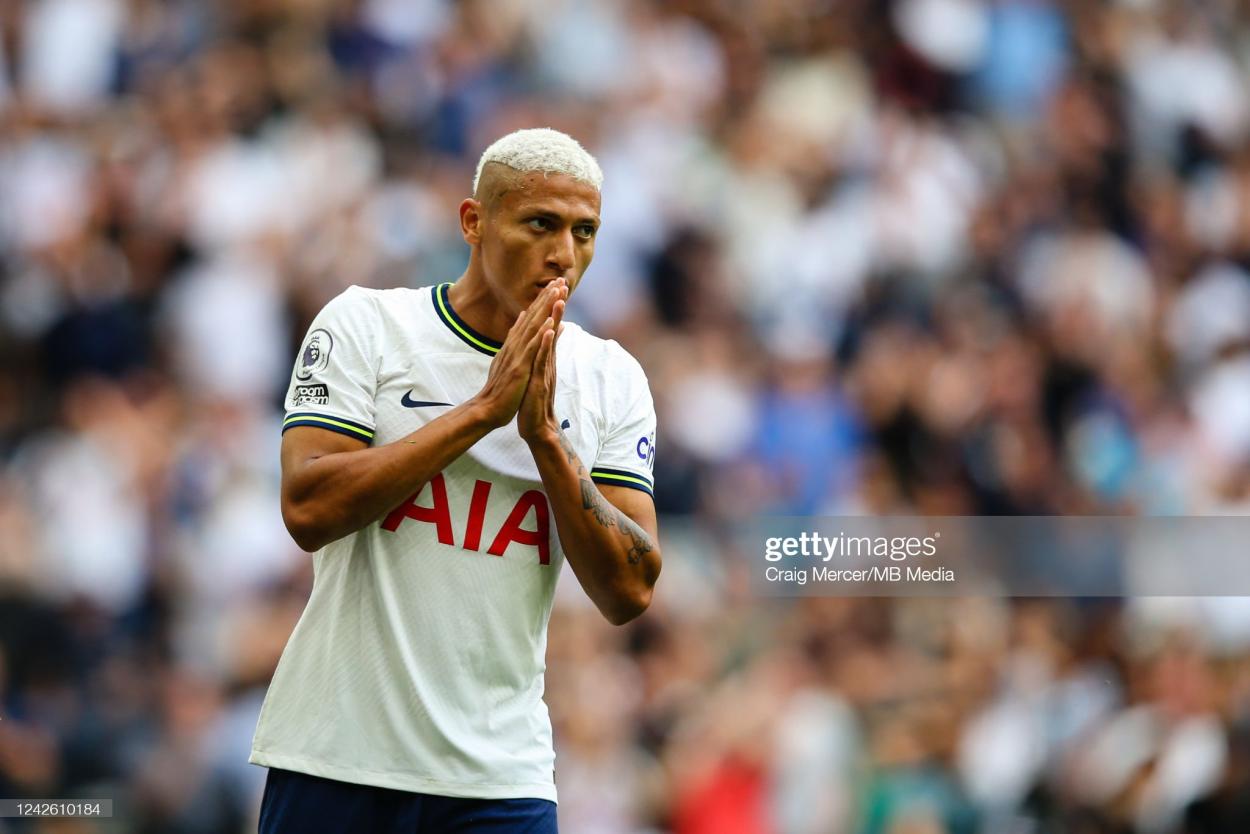 Transfers made thus far include deals for Ruben Vinagre, Amadou Onana, Conor Coady, James Tarkowski and Dwight McNeil, with the latter being the only forward signed. Hilariously, McNeil recorded a solitary goal contribution in all of the 38 fixtures he played for Burnley in the Premier League last season.

Whilst a smart coup as he still has potential to grow, it hardly solves Everton’s goalscoring dilemma. Last season, excluding the departed Richarlison, just two Everton players reached the five goal mark in league games – Demarai Gray and Dominic Calvert-Lewin. In said season, DCL missed 16 games, leaving the Blues without a talisman and forcing Richarlison to play out of position centrally or play the subpar Salomon Rondon.

A severe lack of firepower

Calvert-Lewin has again suffered a serious injury before the season begun, after working all summer to get fit to play in the club’s opener to Chelsea. This makes it essential Everton bolster their options in the forward line, but the clock is ticking, and the Blues have to get it right.

Rumours float around constantly during transfer windows, with the most concrete interest from the club supposedly being shown in Albanian Armando Broja, a Chelsea player who spent last season on loan to Southampton, scoring just six goals in 32 games, having started well and tailing off.

With the forward seemingly signing a new contract at Chelsea and playing second fiddle after the departures of Romelu Lukaku and Timo Werner, it seems as if Frank Lampard has neglected other options to pursue a player all summer who was never interested. This has left Everton with under two weeks to sign a number 9 before the window closes. This will make or break Everton Football Club, and I urge that statement is not exaggerated.

A few names that have gained traction recently include versatile French forward Martin Terrier, who has been tracked by Everton since 2017 and very much fits the Richarlison mould. He has played everywhere in a front three and scored an impressive 21 goals in 37 games for Rennes last season. He, in my opinion, would be a smart signing for the club.

Another name is Michy Batshuayi, first mentioned nearer the start of the window. Signings such as this would come as no surprise to the Everton fan base given he is down the pecking order at a bigger club and would be easily available. He has recently been mentioned in the negotiations between Everton and Chelsea over a potential transfer of raw homegrown talent Anthony Gordon.

Everton also look set to secure the signing of Mohamad Kudus, a 22-year-old currently playing as an attacking midfielder for Ajax. Many have described him as Ajax’s best player who has been unlucky with injuries. Signing injury prone players seems to be the prerogative for the club recently, so he’ll fit right in.

My befuddlement regarding Everton’s transfer movement has hit a new high this season. The window started so strongly and other key areas such as at centre half were solved with a couple of impressive acquisitions, but it feels as if the elephant in the room has yet been addressed. The race against the clock to secure a number 9 is in full swing.

What Will Sean Dyche Bring To Everton? 8 days ago

Everton must get next appointment right, but who is the best candidate? 13 days ago

The Everton Board: Gaslighting and Media Manipulation 22 days ago

Implications of possible relegation for Everton 24 days ago

Battling Relegation On A Budget a month ago